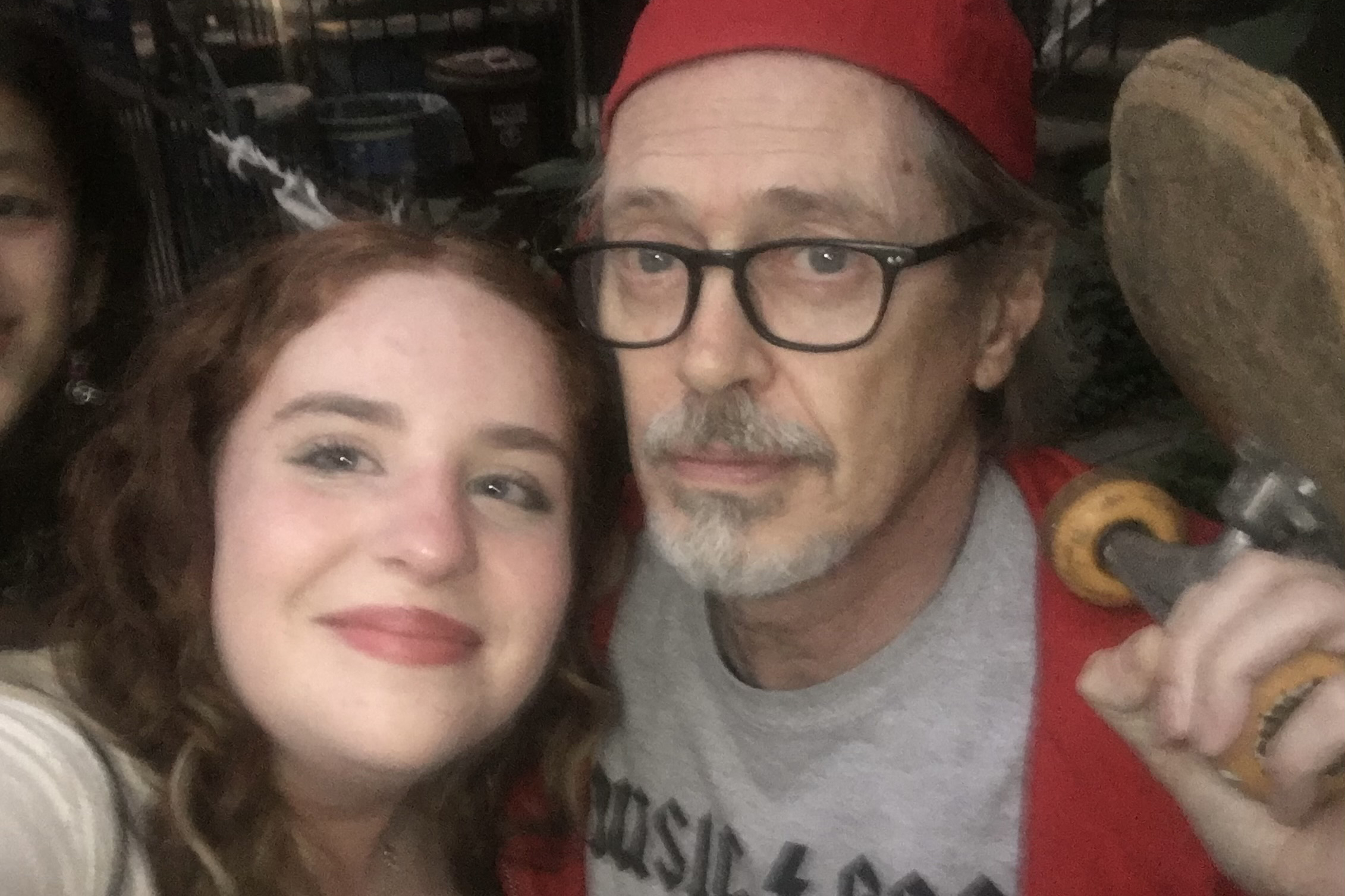 Beloved actor Steve Buscemi handed out candy from a Park Slope stoop to trick-or-treaters Sunday night — and dressed up as one of his TV characters that’s now a popular internet meme.

Buscemi, 63, wore a red tracksuit, backwards cap and carried a skateboard, matching the outfit that a character he played in “30 Rock” wore in an episode of the show.

Buscemi’s character — who failed miserably in an attempt blend in among decades-younger high school students — sparked an internet meme that’s used to poke fun at people trying, and failing, to relate to a younger generation.

Brooklyn trick-or-treaters were shocked to see the actor back in his native borough.

“I was trick-or-treating with my friends. We weren’t sure if it was him at first,” Stella told The Post on Sunday.

She said they told him they recognized him, but he cheekily responded, “Oh, wild. That’s crazy!” and gave them some treats.

Still unsure, the group walked away before deciding to run back for a photograph with the actor.

“He told us that we couldn’t take a photo with him unless we guessed who he was supposed to be,” Stella said, “so we guessed … and then three of my friends got a picture.”

“There were other people getting candy, but if anyone else recognized him they didn’t say anything,” Stella said.

“It was crazy I didn’t know he lived so nearby,” she added. “It was nice meeting him. It was just this unexpected surprise.”