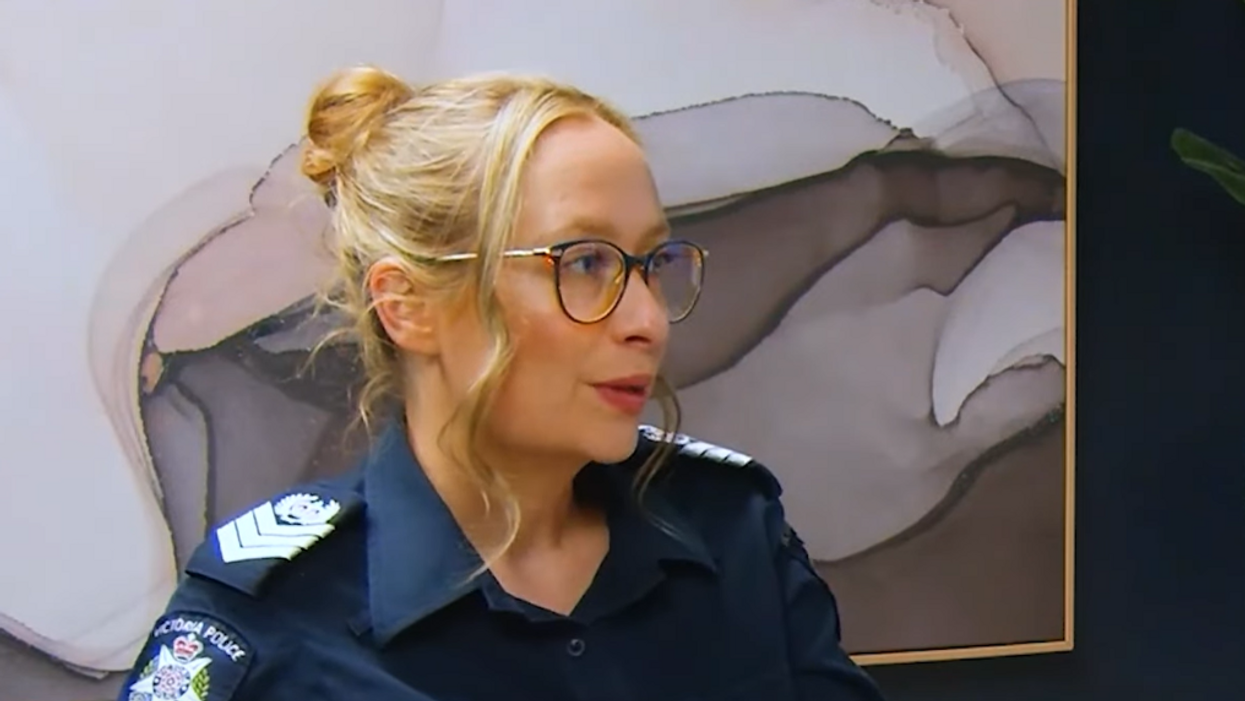 A senior police officer in Australia is being investigated after she sensationally resigned from the Victoria Police force during a live interview. The cop, who said her law enforcement employment was “the best job” she ever had, revealed that a “vast majority” of her former officers don’t believe in and don’t want to enforce the strict COVID-19 orders enacted in Australia.

Former Acting Senior Sergeant Krystle Mitchell made a splash by publicly resigning during a revealing interview on Friday. On her way out, Mitchell said government orders to enforce COVID-19 orders troubled her “greatly” after seeing “the damage it is causing the community.”

Sergeant Mitchell was working in the Gender Equality and Inclusion Command, which she described as “the best job I’ve ever had.”

“I couldn’t be happier in terms of the work that I do on a daily basis,” she said in the interview with Australian media studio Discernable.

“There was a big thought process and battle of morals and integrity within me about what I wanted to do and how I see my organization being used during this pandemic and it troubled me greatly,” Mitchell told Discernable host and founder Matthew Wong.

“The consequences of me being here today is that I will be resigning from Victoria Police, effective at the end of this interview, because the consequences of me coming out publicly would be dismissal,” she said. “So I’m choosing to quit, and I’m quitting because I can’t remedy in my soul anymore the way in which my organization that I love to work for is being used and the damage it’s causing in the reputation of Victoria Police and the damage it’s causing to the community.”

“My partner and I were out walking during our two hours of exercise on the weekend and there were police everywhere,” Mitchell explained. “There was just police everywhere doing their ‘reassurance patrols.’ They’re not ‘reassurance patrols.’ You’re not reassuring anybody in the community. You’re scaring people in the community that there’s that many police out in the city trying to stop mass gatherings or what have you.”

“But behind that is all of my friends that are police officers, that are working the front line and are suffering every day enforcing [the Victorian chief health officer’s] directions that a vast majority, or certainly a great majority, don’t believe in and don’t want to enforce,” Mitchell continued.

“I can’t remedy in my soul anymore how the organisa… https://t.co/a8gdQwtFhp

Mitchell – who has worked with the Victoria Police for more than 16 years – said the disconnect between police and citizens has “been growing since March 2020.”

“The way in which we police now has completely changed,” she revealed. “And the vast majority of the police are on directions that are infringements on your everyday liberties and rights to just freely live in a democratic society.”

“In part, the reason that I wanted to do this whilst still serving and wearing the uniform today is so that the community can see that it isn’t all police that are against them and for police to see that it isn’t all protesters that are coming there to fight with you. It’s a minority,” Mitchell said. “There’s a minority on both sides and they’re the ones getting the attention in the media. The minority of the police … are using more force than is necessary to effect these arrests at protests, or to enforce [chief health officer] directions.”

Mitchell is currently on personal leave and will not return to the police force.

Mitchell will be investigated by Victoria Police’s Professional Standards Command.

The Victoria Police issued a statement on Mitchell’s bold and public resignation.

“The comments in this interview in no way reflect the views of Victoria Police,” the statement reads. “The CHO directions are based on health advice and set by the Victorian Government. Victoria Police cannot pick and choose what laws it enforces. We acknowledge this has been an extremely difficult time for all Victorians who have had to give up so much. Just like the community, Victoria Police looks forward to the easing of restrictions and the eventual return to pre-COVID life.”

Melbourne, the capital and most-populated city of Victoria, has been in lockdown for 252 days – the longest any city has been restricted during the COVID-19 pandemic. Despite the draconian lockdowns, Victoria had 1,965 COVID-19 cases on Friday, which is the highest number during the entire pandemic.

There have been massive anti-lockdown rallies in Australia. During the protests in Melbourne two weeks ago, police were caught on video being brutally violent against unarmed citizens.

You can watch the entire interview with former Acting Senior Sergeant Krystle Mitchell below.