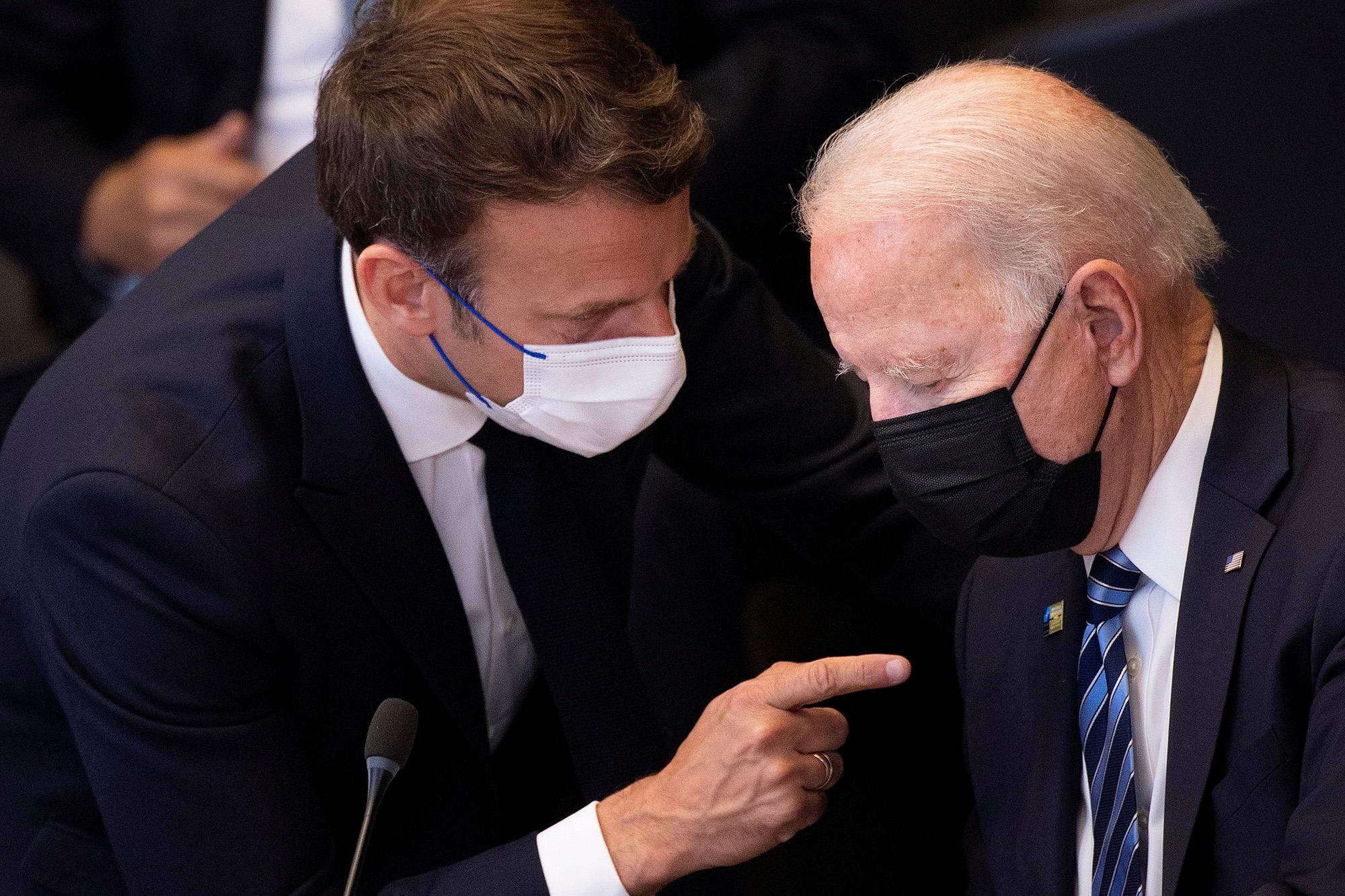 President Biden on Wednesday spoke with French President Emmanuel Macron and admitted to botching the rollout of a new security pact with the UK and Australia by snubbing France in the process.

In a joint statement, Biden and Macron said, “The two leaders agreed that the situation would have benefitted from open consultations among allies on matters of strategic interest to France and our European partners. President Biden conveyed his ongoing commitment in that regard.”

Macron last week recalled France’s US ambassador after being blindsided by the launch of AUKUS, which will help Australia build nuclear-powered submarines.

The primary reason for AUKUS is to counter China and it was unclear why the pact would leave out France, a leader in nuclear energy and a colonial power that has several large island territories in the Pacific and Indian Oceans.

As a result of AUKUS, a French company lost a contract to build conventional submarines for Australia.

AUKUS ironically was launched to patch up the US-Australia relationship after Biden snubbed that country’s prime minister, Scott Morrison, during the US troop withdrawal from Afghanistan.

Australia, which fought alongside the US throughout the nearly 20-year war, reportedly learned of the Aug. 31 US withdrawal date from news reports and Biden didn’t call Morrison during the frantic evacuation of Kabul last month.