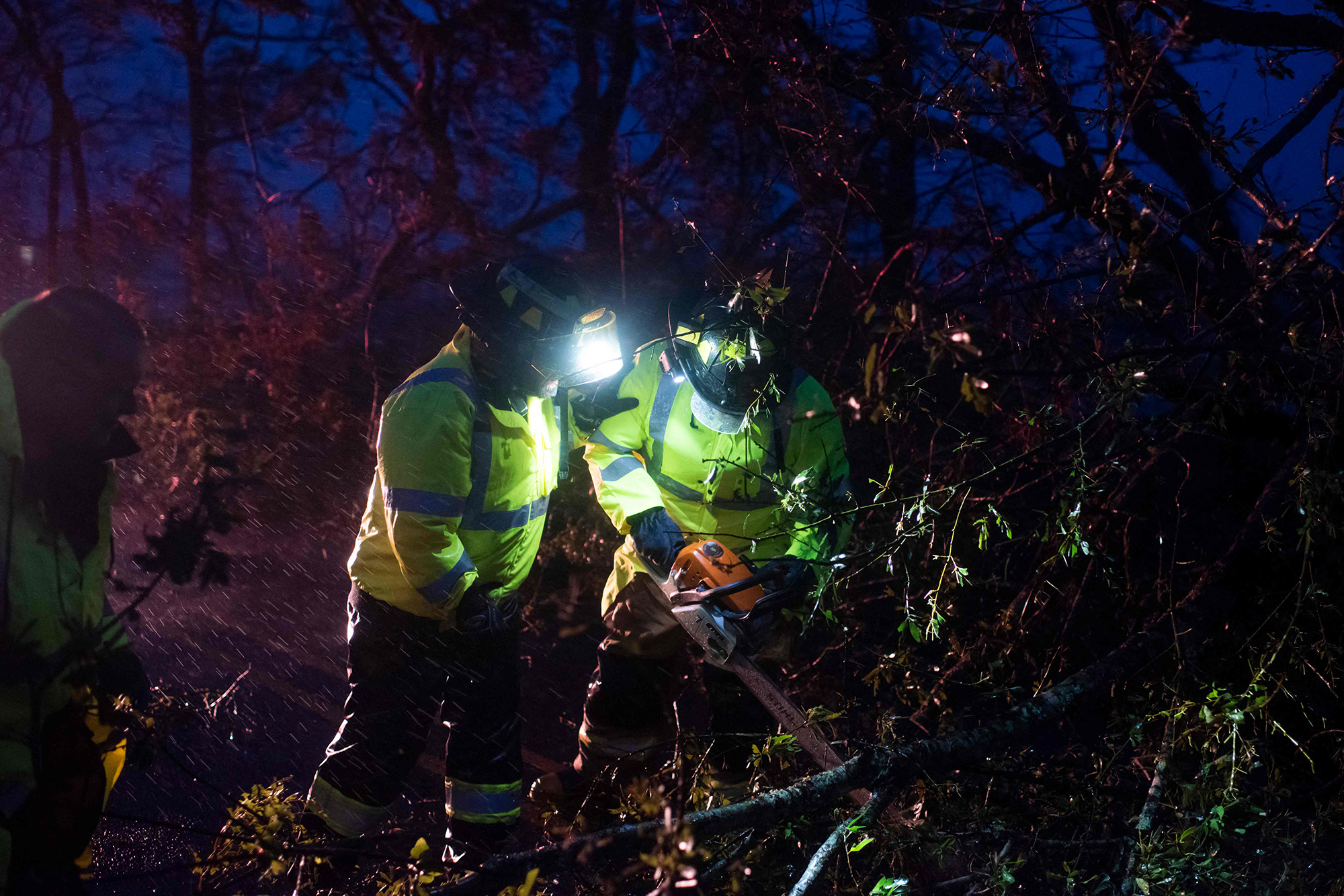 The city of New Orleans went dark Sunday night as the city took a destructive pounding from Hurricane Ida. The city’s only source of only power is now coming from generators.

“Due to catastrophic transmission damage, all of Orleans Parish is currently without power,” said a message from Entergy, the city’s power utility, around 7:30 p.m. CT Sunday evening.

Ida made landfall as a Category 4 storm on Sunday with maximum sustained winds of about 150 mph, just short of the Category 5 threshold.

The winds were so forceful that officials detected a “negative flow’’ to the Mississippi River in one part of the state, according to a US Army Corps of Engineers official, meaning the river had reversed course.

The winds are now rapidly taking down Louisiana’s power grid.

Deadly flooding and storm surge are also major concerns for the city, which was devastated 16 years ago by the weaker Hurricane Katrina when the city’s levees failed.

While residents beyond the city’s levee protection system were under a mandatory evacuation order, it is reported that some 250-500 people remained on the surge side of the levees in Jefferson Parish, which is experiencing a deadly storm surge up to 16 feet, according to WDSU.

Videos posted on social media on Sunday evening showed the storm’s intense gales tossing debris and causing damage in the city’s historic French Quarter and ripping the roof from a building.

Reports from The Weather Channel and local news showed a roof of a building that appeared to have come off in the winds.

A Ferry was also seen floating up the Mississippi River after it had broken loose from its mooring.

In uptown New Orleans, video shows firefighters working to rescue a man from a home that had collapsed on top of him.

In neighboring Jefferson, Louisiana, a terrified hospital patient captured video of the debris flying around from her room in Ochsner Medical Center

“The roof is coming off the top of the hospital,” she says. “Oh my gosh.”