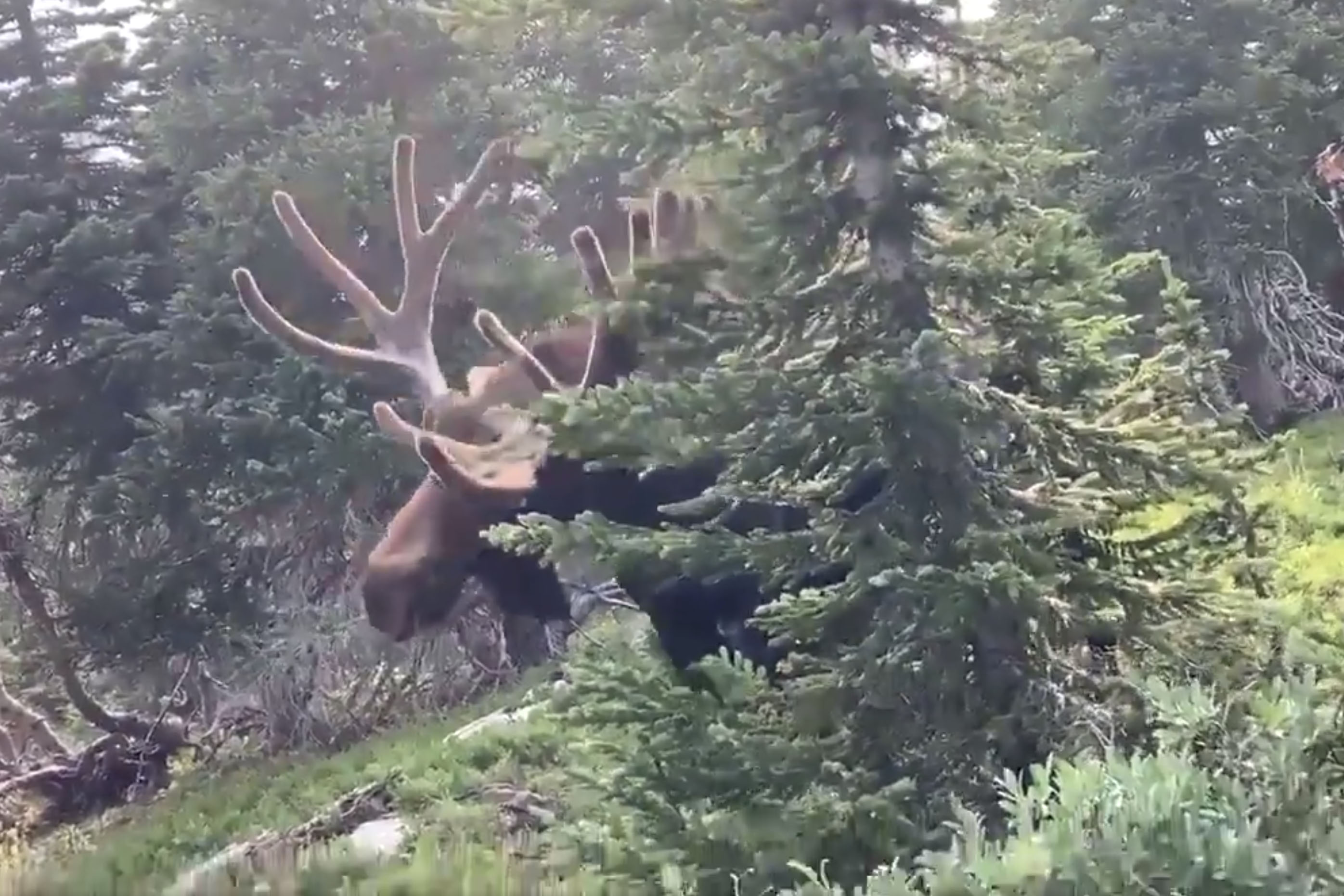 What does it look like when a full-grown bull moose charges at you in the wild?

A hiker in Colorado captured a POV video showing the terrifying moment an enormous bull moose charged right at him, which he was luckily able to escape.

The video, tweeted by the Colorado of Parks and Wildlife, shows a massive moose eating from a tree as the hiker films from a short distance away.

What appeared to be a peaceful moment turned into a life-threatening situation when the bull suddenly darts directly toward the man.

“This video is an example of being too close to a bull moose and how quickly they can decide to charge on you,” the agency said.

The hiker saw the moose heading towards a lake in Clear Creek County when he stopped to film, CPW said.

The hiker was uninjured, able to jump behind a tree for cover which the moose hit instead.

Each year, moose attack humans more than any other wild species, and attacks have been on the rise in recent years, according to the agency’s public service video on moose encounters.

A moose can grow to be six feet high at the shoulder, and weigh up to 1,000 pounds. Colorado has a “healthy population” of over 2,500 wild moose roaming around the state, which has led to the increased attacks.

“They are now appearing in many of our busy mountain towns, rural neighborhoods, tourist destinations and ski areas,” says Elissa Sleza, director of the department. “While this creates exciting opportunities to view these fascinating animals, dangerous conflicts between moose and people have become increasingly common in recent years.”

The agency’s “number one rule” for encountering a moose?

“Never approach a moose or attempt to take a close-up photograph or selfie,” Sleza said.