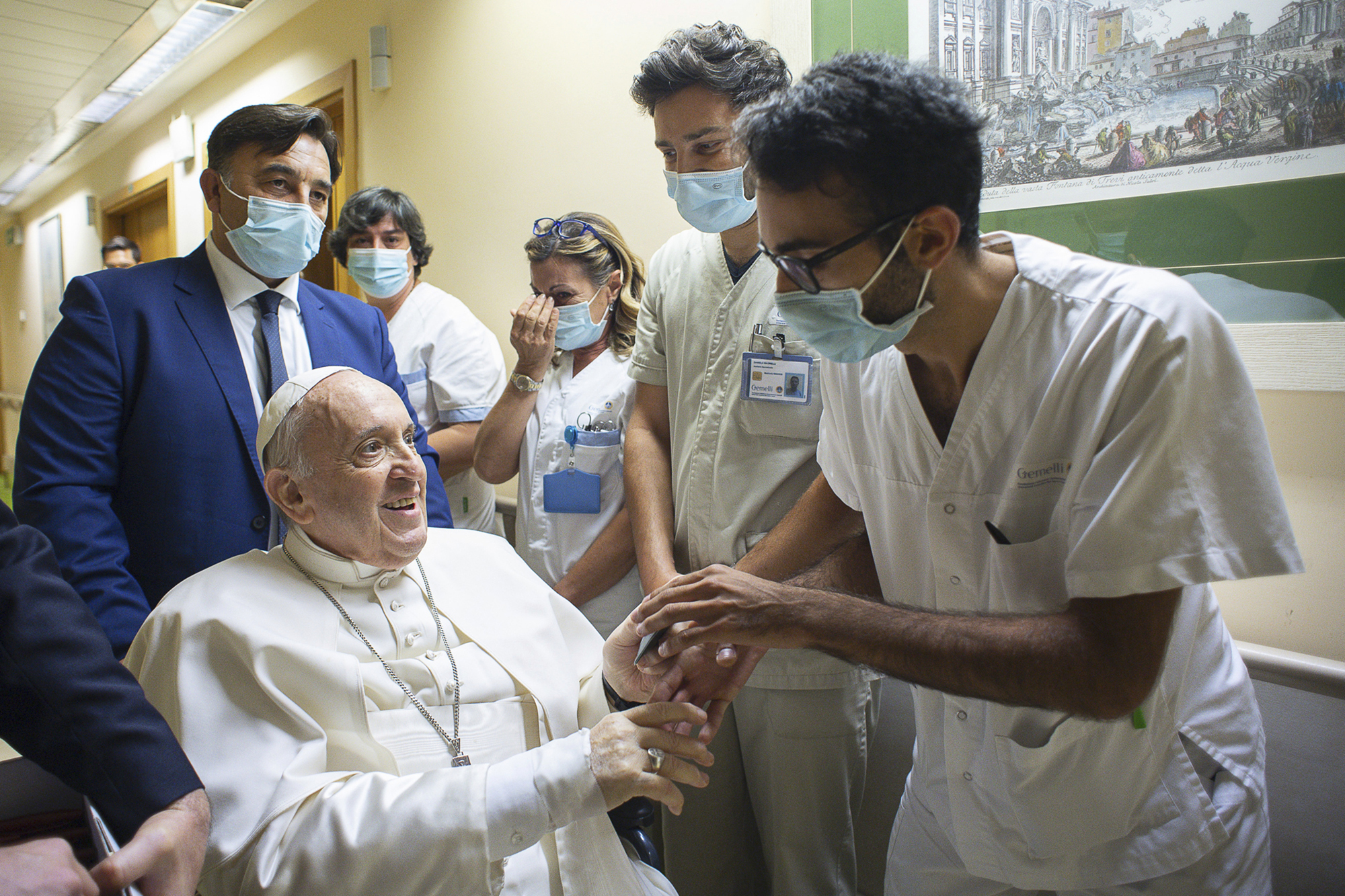 ROME — Pope Francis was seen leaving the hospital on Wednesday, 10 days after undergoing planned surgery to remove half his colon.

Francis had half of his colon removed for a severe narrowing of his large intestine on July 4, his first major surgery since he became pope in 2013. It was a planned procedure, scheduled for early July when the pope’s audiences are suspended anyway and Francis would normally take some time off.

Francis will have several more weeks to recover before beginning to travel again in September. There are plans for him to visit Hungary and Slovakia in a Sept. 12-15 trip, and then make a quick stop in Glasgow, Scotland, in November to participate in the COP26 climate conference. Other possible trips are also under review.

The Vatican had originally said Francis could be discharged last weekend, but later said he would stay a few days extra for further recovery and rehabilitation therapy.

The pope appeared for the first time in public since the surgery on Sunday, looking in good form as he delivered his weekly prayer from the 10th floor hospital balcony, surrounded by young cancer patients. He used the occasion to call for free health care for all.

On Tuesday afternoon, the eve of his release, he visited the pediatric cancer ward, which is located on the same floor as the papal hospital suite.

The Argentine pope had part of one lung removed when he was a young man but has otherwise enjoyed relatively robust health.