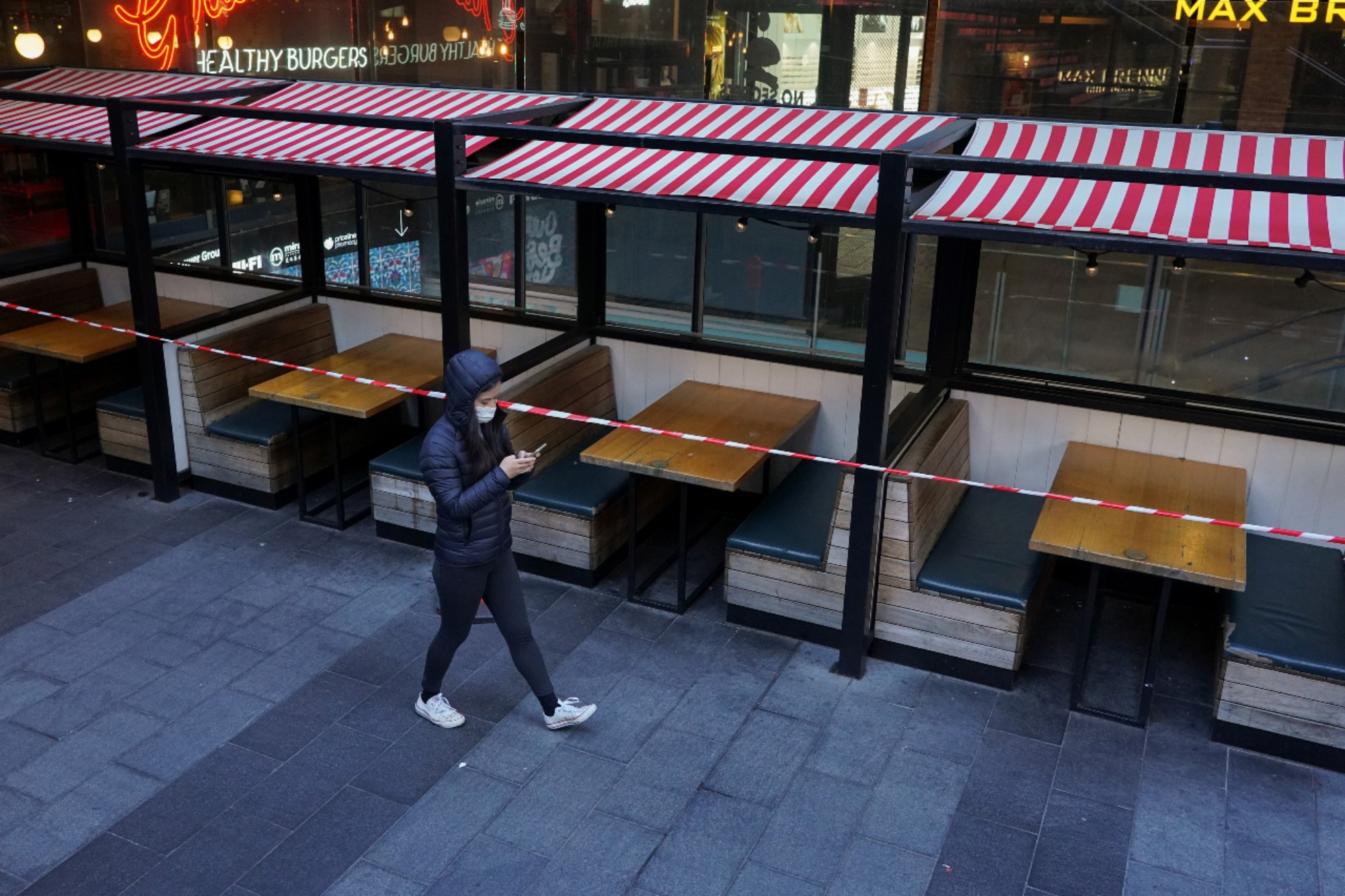 SYDNEY, July 12 – The prospect of an extended lockdown in Sydney loomed on Monday as Australian health officials reported yet another record daily rise in COVID-19 cases for the year, fuelled by the highly infectious Delta variant.

There was, however, a glimmer of light as the number of newly-infected people who were out in the community while infectious dropped to 34 from 45 on Sunday.

State Premier Gladys Berejiklian said the progress of that figure in coming days would determine whether Sydney’s lockdown, due to end on Friday, would be extended.

“That’s the number we need to get as close to zero as possible,” Berejiklian said during her daily televised briefing. “It is really up to us. The health expert advice will be based on what those numbers look like. I can’t be clearer than that.”

Berejiklian said most of Monday’s cases were family members or close friends of already infected people and pleaded with residents to comply with lockdown rules, which were tightened over the weekend.

Total infections in the outbreak are nearing 700, less than a month since the first was detected in mid-June. Sixty-three people are in hospital, with 18 in intensive care, officials said, while a woman in her 90s became the country’s first COVID-19 fatality this year.

Lockdown measures for Sydney’s five million residents, including school closures and stay-at-home orders, have stoked concerns of a slowdown in the economy, which had returned to pre-pandemic levels in the first quarter.

Debbie Brincat has cut opening hours at the pet store she runs with her husband Andrew in the western suburb of Fairfield to just four hours a day in response to the movement restrictions.

Brincat told Reuters she was “very scared at the moment” and was unsure if the business would qualify for government financial support.

Australia has previously successfully suppressed COVID-19 flare-ups through snap lockdowns, speedy contact tracing and tough social distancing rules. With a total of around 31,200 cases and 911 deaths since the pandemic began, the country has fared better than many other developed economies.

The Sydney outbreak has put Australia’s sluggish vaccine rollout under scrutiny. Just 11 percent of Australia’s adult population of just over 20.5 million have been fully vaccinated.

Critics have pointed to confusing public advice as well as vaccine shortages.

Federal health guidance recommends the locally-produced AstraZeneca vaccine be restricted to people aged over 60 because of blood clot concerns, while the imported Pfizer vaccine is currently limited to people between 40 and 60.

The state government said it would open a vaccination hub in western Sydney, the epicenter of the outbreak, on Friday to give more than 10,000 teachers and school staff in the area priority access to inoculations.

Angelo Gavrielatos, president of the state’s Teachers Federation, said the move was “a welcome first step in what should be the prioritization of all teachers”.

Lieutenant General John Frewen, head of the COVID-19 vaccination taskforce, on Monday defended a newly-released advertisement showing a youthful-looking intubated woman in a hospital bed struggling to breathe and urging people to get vaccinated.

“The conditions in Sydney right now we felt warranted that commercial,” Frewen said. “It is absolutely confronting and we didn’t use it lightly.”

Don't Miss it Our Family Got Vaccinated. Then We all Got COVID.
Up Next Highly contagious Delta variant​ could cause next COVID-19 wave: “This virus will still find you” – CBS News