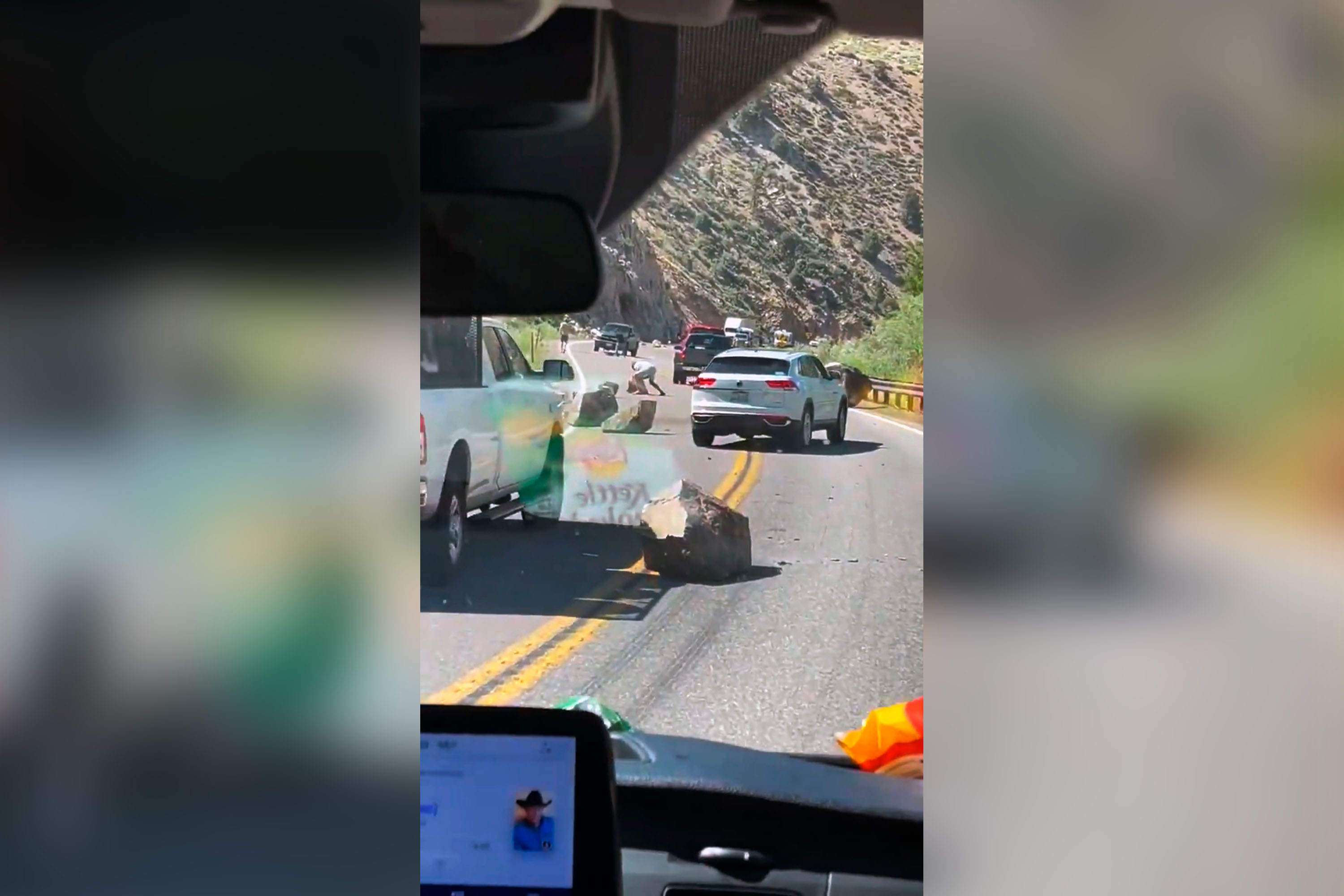 SAN FRANCISCO — An earthquake with a preliminary magnitude of 6.0 rattled the California-Nevada border Thursday afternoon, with people reporting feeling the shaking hundreds of miles away, according to the US Geological Survey.

There were no immediate reports of serious damage or injuries.

The earthquake struck at 3:49 p.m. in a region about 250 miles east of San Francisco and south of Lake Tahoe. Its epicenter was 4 miles west-southwest of Walker, a California town of fewer than 900 residents. It was followed by dozens of aftershocks, with at least a half-dozen of magnitude 4.0 or greater, the USGS said.

“The ground was shaking pretty bad, and then everything started falling,” said Carolina Estrada, manager at the Walker Coffee Company. Syrup bottles broke, dishes fell to the ground and the roof of the shop caved in a bit.

The shaking lasted 30 seconds or more, she said.

“We ran out of the building,” Estrada said. But the shaking continued, and “boulders the size of cars” fell onto nearby US 395, she said.

Cars were struck by rocks, but nobody was injured, the California Highway Patrol reported.

At one point, rockslides closed about 40 miles of the interstate, a major route through the northern Sierra Nevada, authorities said. Portions of the interstate were later reopened, but crews remained at the scene in case of aftershocks, according to the California Department of Transportation.

Communities all around Lake Tahoe and as far south as Fresno, California, felt the earthquake, which had a depth of 6 miles. It also was felt as far away as Las Vegas.

The epicenter was near the Antelope Valley fault. The earthquake was the largest one recorded since a magnitude 6.1 earthquake struck the area in 1994.

The quake was “a classic normal faulting earthquake for eastern California,” and aftershocks were common in the region, seismologist Lucy Jones tweeted.

Reports of damage or injury might not be available for days because a lot of the shaking was felt in remote areas, Ballman cautioned.

Preliminary reports had indicated two earthquakes striking 25 seconds but 100 miles apart. But the U.S. Geological Survey reviewed the shaking and removed the report of a magnitude 4.8 quake in Farmington, about five miles southeast of Stockton.

The uncertainty was caused by the remote location, which had fewer seismic instruments, said Austin Elliott, a USGS geologist.

“The system underestimated the original magnitude of that event and estimated a location that was slightly off from the true location,” he said.

As the seismic waves moved across the state, other stations misinterpreted them as a separate quake because ”they arrived at an unexpected time,” Elliott said.