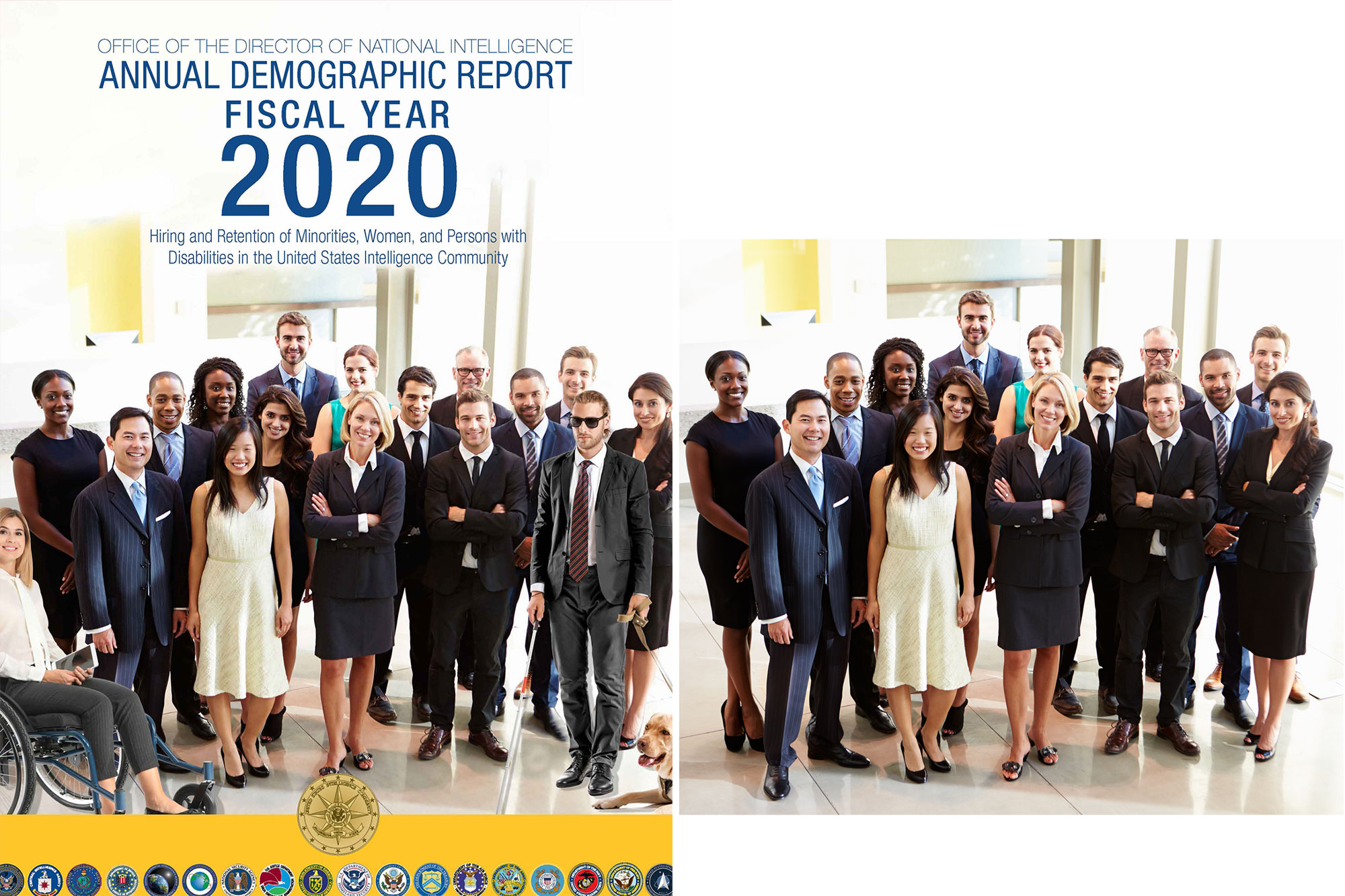 The Office of the Director of National Intelligence (ODNI) was roundly mocked on social media Thursday for using an image on the cover of its annual diversity report that was obviously Photoshopped.

The report, subtitled “Hiring and Retention of Minorities, Women, and Persons with Disabilities in the United States Intelligence Community,” featured a photo of smiling, diverse office staffers standing in a lobby, flanked by a woman in a wheelchair and a blind man with a seeing-eye dog.

The title of the image on stock photography company Shutterstock is: “Portrait Of Multi-Cultural Office Staff Standing In Lobby.”

But one glaring problem — which was first pointed out by Republican political consultant and podcaster Luke Thompson — is that the woman in the wheelchair and the blind man don’t appear in the original stock photo. They seem to have been Photoshopped into the image used on the ODNI report.

“Siri, show me the worst use of stock photos ever,” Thompson tweeted Thursday.

“Things like this make you pray there actually is a shadow government running things,” one Twitter user responded to Thompson.

Another user asked why “no one in this super-diverse office appears to be over 35? Is this the lobby of LogansRun Inc.?”

“This is so, so bad,” agreed Daily Wire senior editor Ashe Schow. “Is the office not diverse enough to take its own photo?”

“I find it mildly disturbing that, within the vast Intelligence network overseen by the DNI, they apparently don’t have anyone better at faking photos,” said user @irishspy.

“The Intelligence Community should reflect the diverse makeup of America and demonstrate that we are fostering an environment where every professional can succeed,” Director of National Intelligence Avril Haines said in a statement accompanying the report. “Promoting diversity, equity, and inclusion is fundamental to our democratic values and critical to meeting the IC’s mission. This takes work every single day. We are committed to doing more to address this critical issue and accelerate our progress.”

The ODNI did not immediately respond to requests for comment on the doctored image.