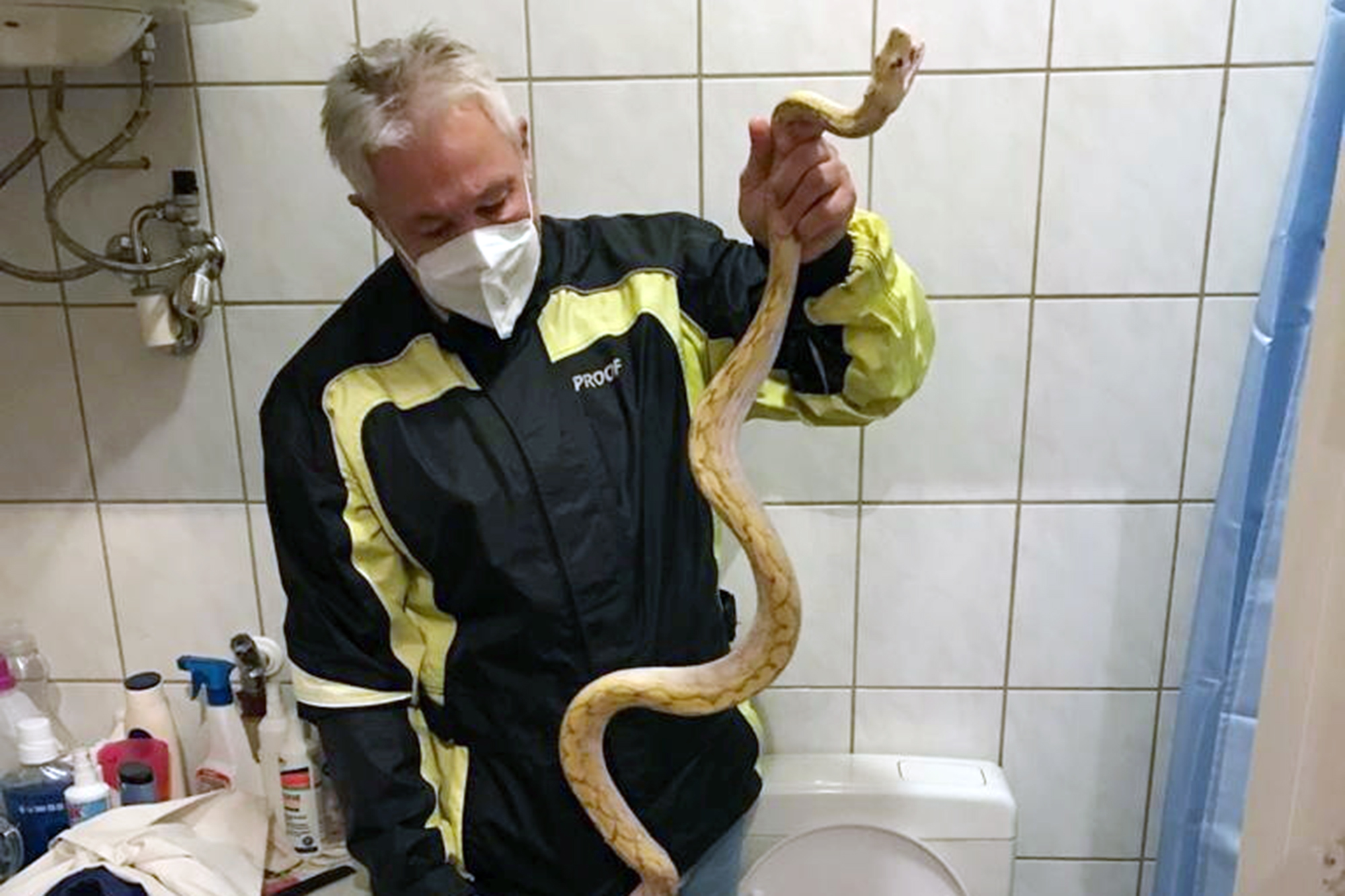 A man in Austria was bitten on the genitals by a python while he was on the toilet — after it’s believed the reptile escaped his neighbor’s home and slithered through the drains, police said.

The 65-year-old man in Graz was nipped by the 5-foot-plus albino reticulated python about 6 a.m. Monday as he sat down in the bathroom, Reuters reported, citing a statement from police in Styria province.

“Shortly after he sat on the toilet the Graz resident — by his own account — felt a ‘pinch’ in the area of his genitals,” police said.

The snake, a nonvenomous constrictor native to Asia, can reportedly grow to 29 feet long.

The reptile apparently escaped from a neighbor’s apartment and may have reached the man’s toilet through drains, although its exact route wasn’t exactly clear, Reuters reported.

The unnamed victim was taken to a hospital for treatment of minor injuries.

A reptile expert also responded to the man’s home and removed the snake before cleaning it and returning the pet to its 24-year-old owner.

Meanwhile, the man’s neighbor had 11 nonvenomous constrictor snakes in his apartment. He also had a gecko, which was kept in terrariums and drawers inside his residence, the Associated Press reported.