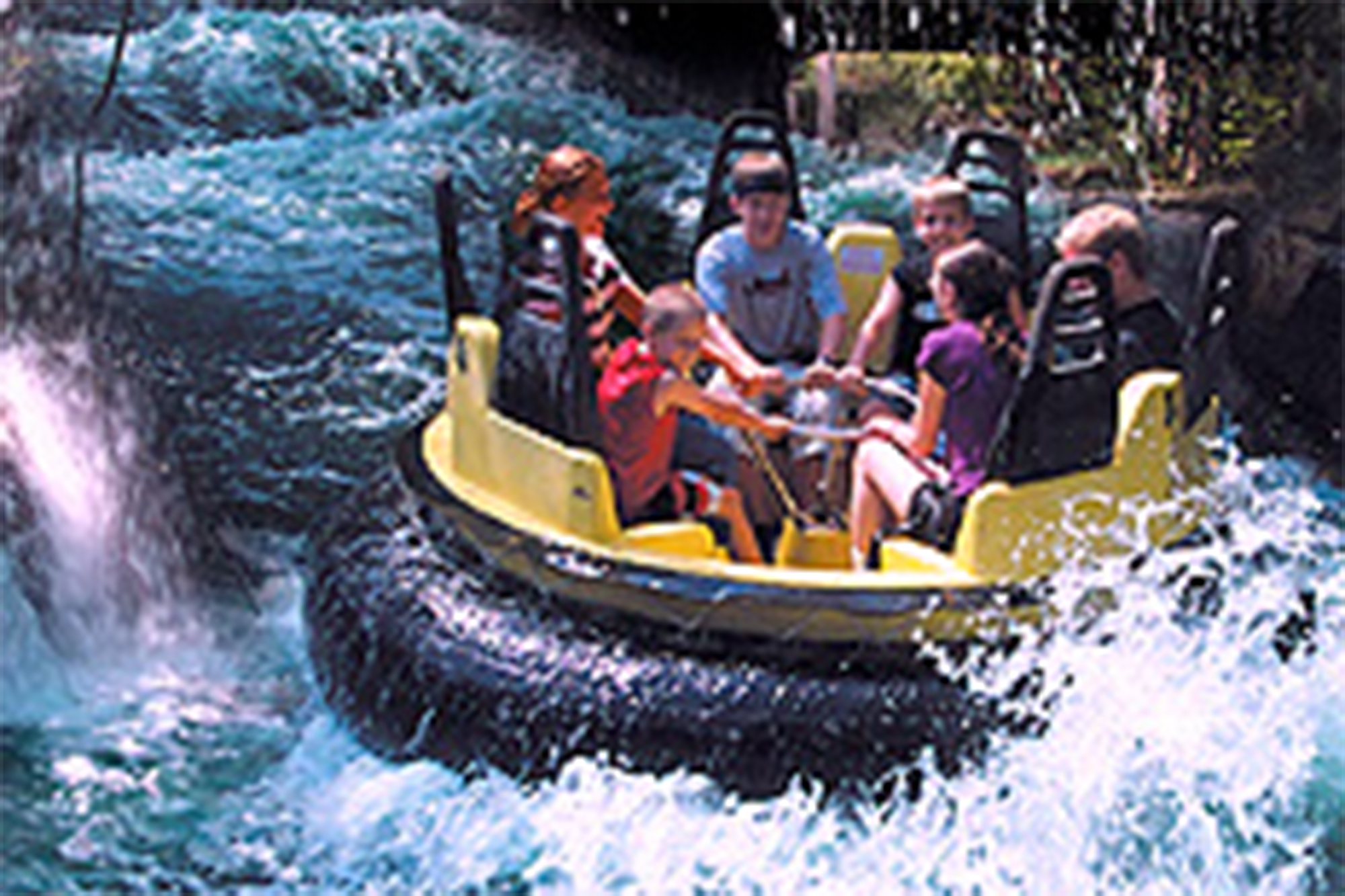 Four people were injured, one fatally, when a raft overturned on a water ride at an Iowa amusement park, officials said.

Six people were on the Raging River water ride at Adventureland Park in Altoona when the circular raft flipped at about 7:30 p.m. Saturday, park officials said in a statement.

Four riders were hospitalized, including three with critical injuries and one who later died.

“Adventureland is saddened to learn of the passing of one guest involved in the Raging River accident,” Adventureland said in a second statement on its Facebook page. “This investigation is ongoing and the ride remains closed. Adventureland is working closely with both state and local authorities, and would like to thank them again for their efforts.”

The family-style ride – which promises to drench all riders – requires guests to be at least 3 feet tall, according to its website.

“You will get wet, possibly soaked on this river ride,” the site reads. “A great way to cool off with the whole family!”

The ride was last inspected on Friday, just one day before the fatal accident, and was found to be in “sound working order,” park officials said.

“It will remain closed for a thorough inspection,” the park’s statement continued. “Our thoughts are with the affected families at this time.”

The identities of the victims were not released. The Raging River, which dates to 1983, had been shut down since last year and just reopened for the first time this season, KCCI reported.

The incident marked the second fatality on the ride in the last five years, according to the Des Moines Register.

Steve Booher, a 68-year-old Adventureland employee, was killed in 2016 while working on the ride after starting his summer gig just six days earlier. Booher was assisting riders out of rafts when he fell onto the ride’s conveyor belt, fracturing his skull and injuring his brain. He died four days later, the newspaper reported.

The park was fined a maximum $4,500 by the Iowa Occupational Safety and Health Administration after Booher’s deadly accident, according to the report.