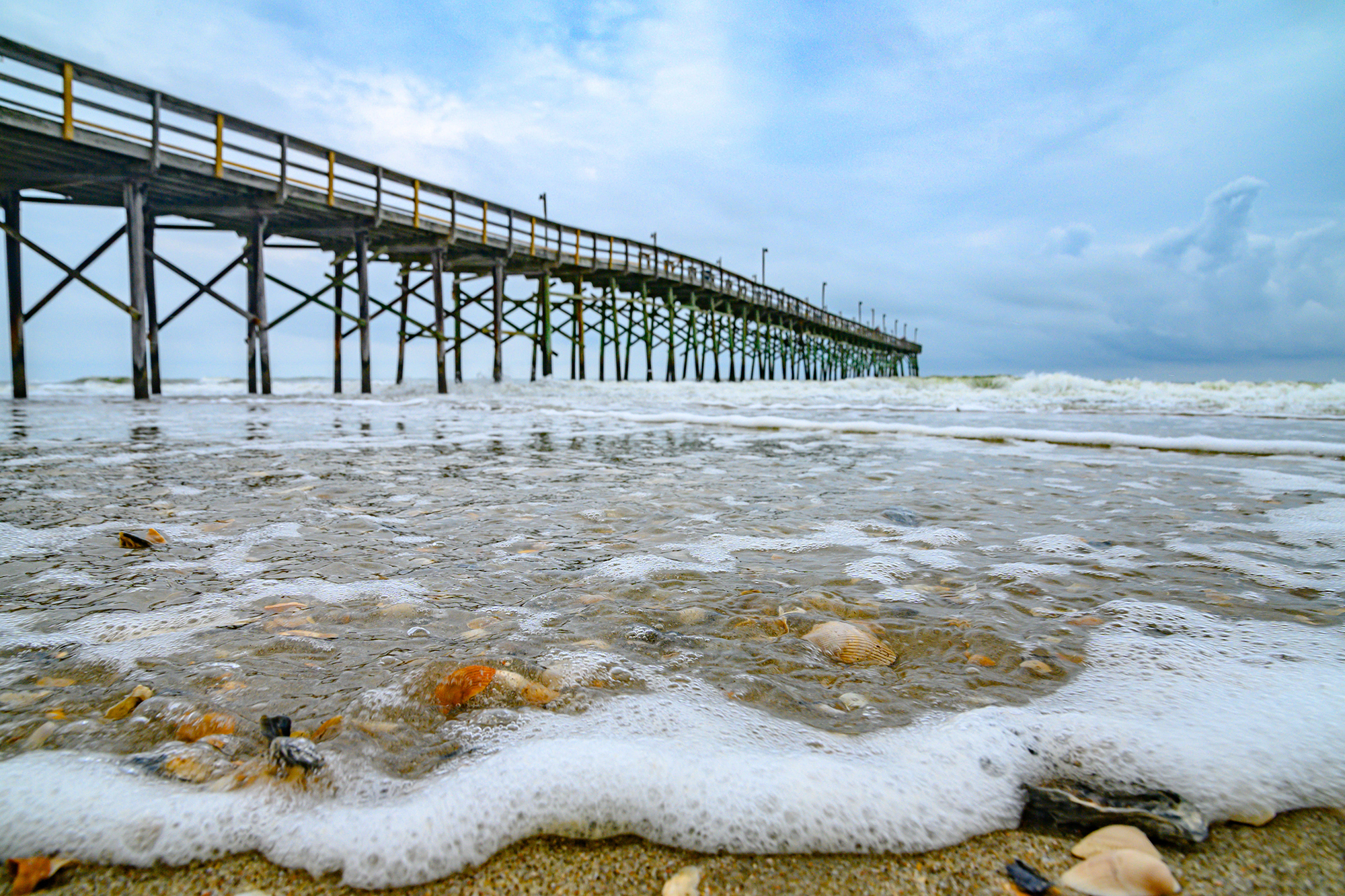 A 7-year-old girl was bitten by a shark while swimming off the coast of North Carolina, town officials said.

The girl was “nipped” by a shark on her calf early Sunday at Ocean Isle Beach, where she was visiting with her parents. It’s unclear if the girl’s mother and father were also in the water with her at the time, Mayor Debbie Smith told The Post.

“I heard she was quite brave,” Smith said of the wounded youngster, who was taken to a hospital and received a few stitches before being released.

Smith said she was also at the beach Sunday and heard about the incident during an incoming dispatch call.

“It was a very busy day at the beach,” Smith said, adding that she was about a half-mile away from the scene.

It’s unclear what type of shark bit the girl, but Smith said the species appeared to be “small” due to the size of the bite wound. She couldn’t recall the last time a shark attack occurred off the beach but estimated it had been roughly three or four years.

“You should always be cautious when you’re in the water at the beach and just use good common sense, and to be alert,” Smith said. “But this is not a common occurrence.”

No other shark sightings were reported Sunday and no advisories have been issued for swimmers this week, Smith said.

Witnesses told WRAL other beachgoers were ordered to get out of the water near Concord Road when the girl was bitten – which marked at least the second reported shark attack in the US in as many days.

A surfer was hospitalized Saturday after being attacked in the right leg by a great white shark at Grey Whale Cove State Beach, about 20 miles south of San Francisco. The beach was closed after the incident.

Ocean Isle Beach, meanwhile, has a population of roughly 600 residents that swells with up to 25,000 visitors weekly during summer months, according to its website. The town is located about 45 miles southwest of Wilmington, not from from the South Carolina state line.

The last suspected shark attack in Ocean Isle Beach occurred in 2019 when a man was bitten by a “marine” animal, the Raleigh News & Observer reported.

Three shark attacks were tallied throughout North Carolina last year — the fourth-highest total nationwide, according to the newspaper. None of the reported incidents were fatal.