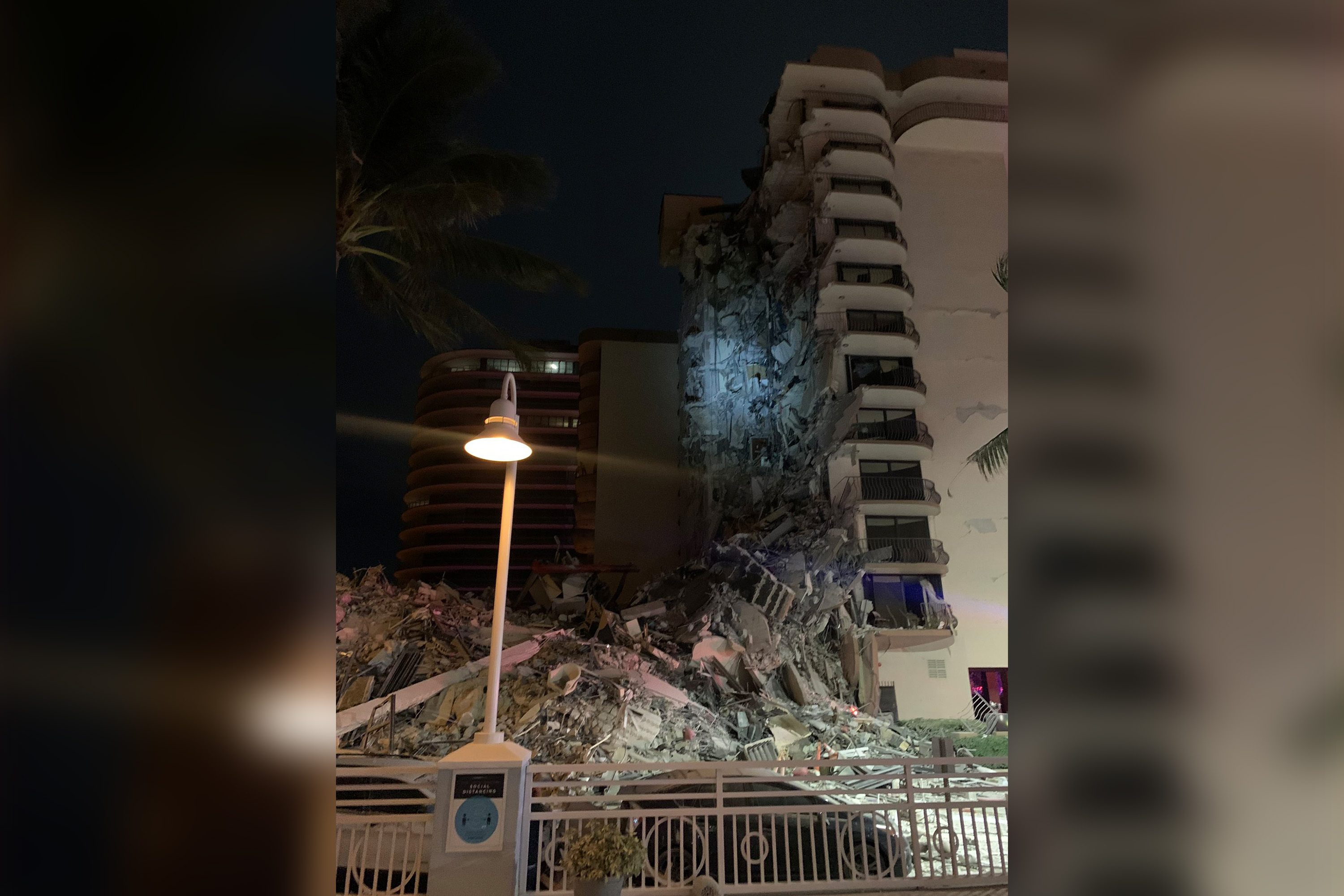 More than 80 fire rescue units are responding to a partial building collapse this morning just north of Miami Beach and rescues are underway, officials said.

It was a high-rise condominium building and rescues of trapped residents were underway, reports CBS Miami.

According to CBS Miami, a man who was evacuated from a nearby hotel said, “The building – one of these huge buildings – gone! … The building – it’s gone. … The whole building’s gone. … Oh my gosh. This is the most insane thing I’ve ever seen in my life.”

It’s unclear if there are any injuries. Miami Beach police and fire departments are responding to the building in Surfside.

Multiple police and fire departments from across Miami-Dade County are also assisting.