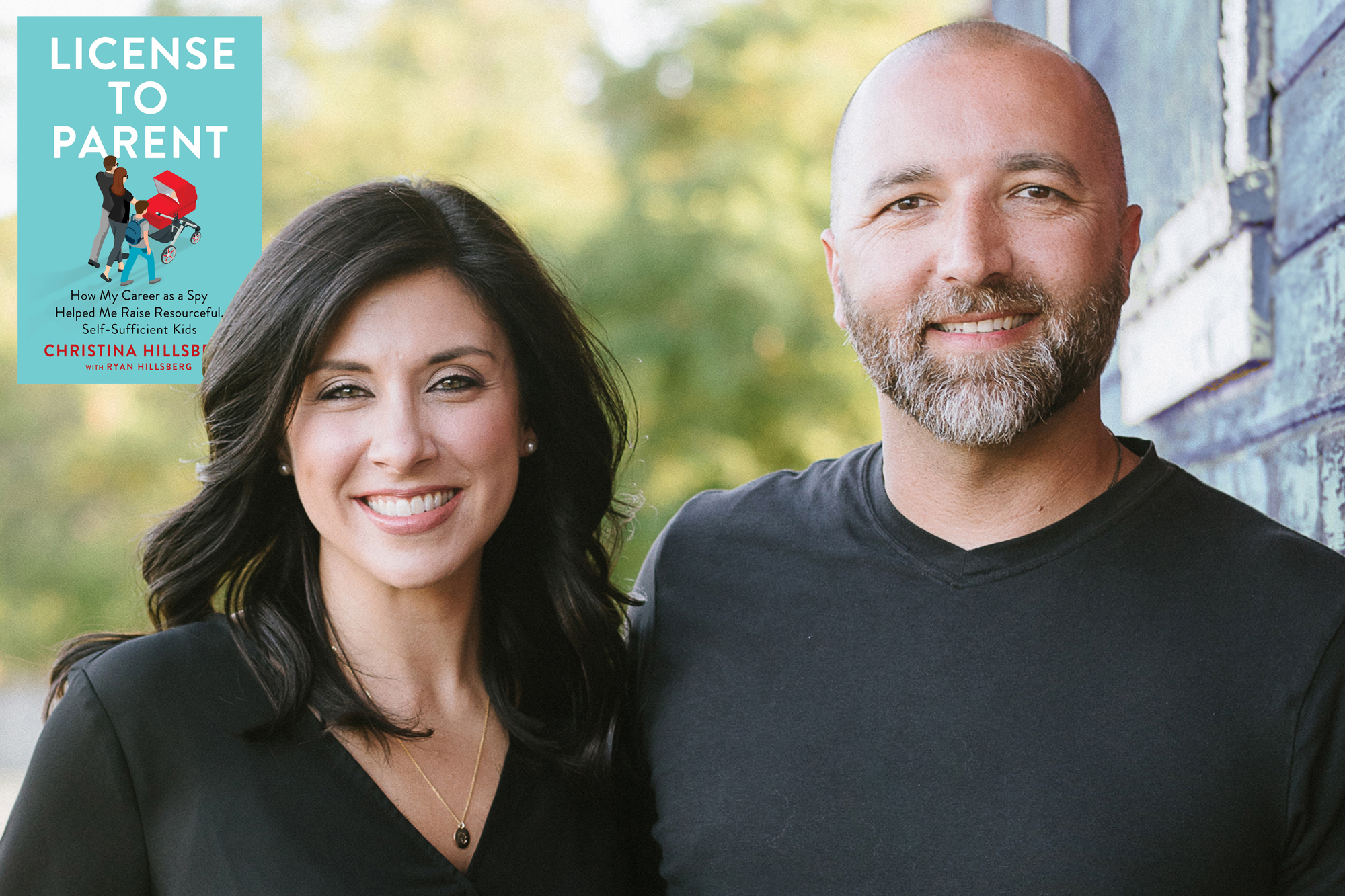 When Christina Hillsberg was working as a political analyst at the CIA, she met her future husband Ryan, an operations officer, when the two began pinging each other on the CIA’s instant messenger system. Ryan embraced adventure and had training in human intelligence, weapons, escape and evasion techniques, whereas Christina describes herself as “about as rule-following and risk-averse as a person could be.”

The two fell in love. The fact that Ryan was a divorced dad with three kids (aged 9, 8 and 6) wasn’t a dealbreaker at all. In fact, the more time Christina began spending with him and the kids, the more she started to notice something interesting about his parenting.

“I was fascinated with the way he parented from the first minute I saw them interacting,” says Hillsberg. “It was in sharp contrast from the helicopter parenting that was so prevalent.”

She later realized he was using CIA techniques.

On a visit to a corn maze, he let the kids run ahead; if they ran too far, he’d whistle like a bird, and they would return. When they visited the gift shop, he let them make their own purchases, so they were able to count change and make reasonable buying decisions with the small amount of money they were given. In general, she writes, “He was at ease and appeared in control at all times, albeit sometimes from afar.” Eventually the two married and had two children of their own, their family a happy mix of “The Bigs” and “The Littles.”

In their book “License to Parent: How My Career As a Spy Helped Me Raise Resourceful, Self-Sufficient Kids,” (GP Putnam’s Sons), Christina and Ryan, who now both work in the private sector, describe the CIA tactics they learned that helped make them better parents. Christina draws from the “soft skills” of communications, writing and analysis, while Ryan focuses more on situational awareness (a family car-ride favorite involves discussing what to do if a vehicle is following them).

“We’re preparing our kids for extreme situations, but it’s not out of fear — it’s with the understanding that it’s very unlikely, but that if a situation should arise, you’re able to handle it. When we talk to them about this stuff as if it was normal, it becomes fun, like sitting down with a 2-year-old and putting together his adventure bag [a “go” bag that you keep handy for emergencies]. There’s a way to prepare in a reasonable way.”