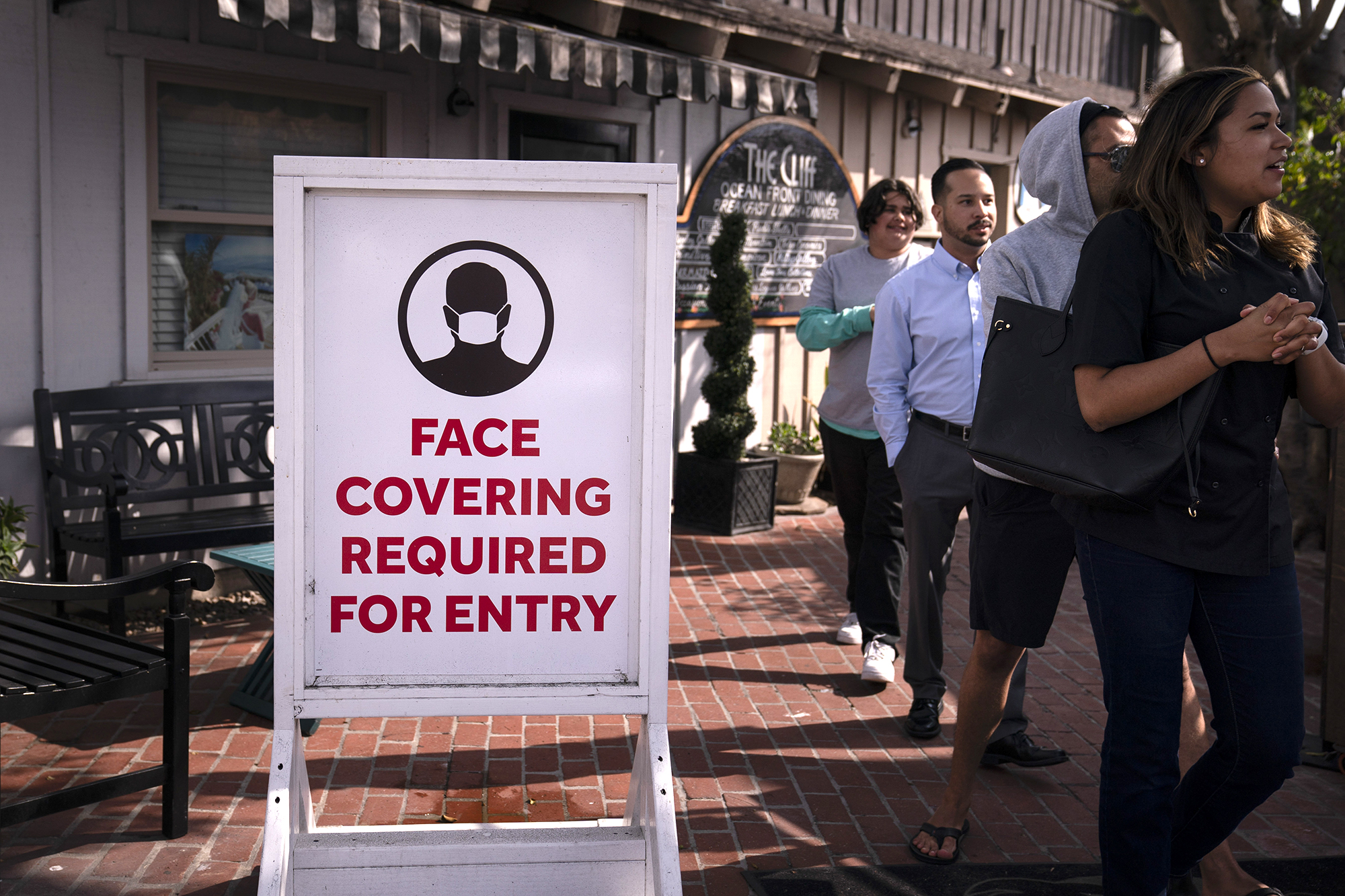 SACRAMENTO, Calif. — California won’t lift its mask requirement until June 15 to give the public and businesses time to prepare and ensure coronavirus cases stay low, the state health director said Monday, a decision that runs counter to many other states including Oregon and Washington that quickly aligned with last week’s new federal guidelines.

“This four-week period will give Californians time to prepare for this change, while we continue the relentless focus on delivering vaccines particularly to underserved communities and those that were hard hit throughout this pandemic,” Health and Human Services Secretary Dr. Mark Ghaly said.

The US Centers for Disease Control and Prevention altered its mask guidelines last week, saying it’s safe for fully vaccinated people to skip face coverings and social distancing in virtually all situations. The CDC guidelines say all people should still wear masks in crowded indoor locations such as airplanes, buses, hospitals and prisons.

For unvaccinated people, face coverings are required outdoors any time physical distancing can’t be maintained, including at such at things as parades, fairs, sports events and concerts.

Businesses are expected to adhere to the state’s guidelines, Ghaly said. Both the CDC and state plan to keep the mask requirement in place for students for the rest of the calendar year.

California business leaders including state Chamber of Commerce President and CEO Allan Zaremberg feared the differing federal and state mask requirements will sow confusion. He urged regulators to follow state health officials’ lead, while his counterpart at the California Restaurant Association, Jot Condie, had hoped the state would follow the new CDC guidelines.

Regardless, “Californians need to be aware that restaurants and other businesses must follow state and local guidelines and we ask for the patience of our guests,” Condie said.

It is difficult already for business owners to play “mask cop,” said John Kabateck, director of the California chapter of the National Federation of Independent Businesses: “We hope that they will not be vulnerable to penalties and scrutiny by state regulators or plaintiffs’ attorneys because they’re trying to make sense of this labyrinth.”

Still, Kabateck he was generally supportive of the state’s decision.

“If wearing masks for a little bit longer is an ounce of prevention that’s going to let mom-and-pops reopen their doors and get people back to work, that’s a step in the right direction,” he said.

San Diego retiree Rafael Sanchez, 64, called it “a scrambled egg message” and blamed his fellow Democrat Newsom for sending conflicting signals involving state rules and the governor’s own behavior, an allusion to Newsom attending a fancy dinner party with lobbyists last fall while telling residents to avoid such gatherings.

“I think people should still keep wearing it and not have to rely on an honor system,” she said, a reference to customers only needing to say they have been fully vaccinated and not provide documentation.

Los Angeles County was among those quickly saying they would follow the state lead. Supervisor Hilda Solis said the county will use the extra month to increase vaccination rates.

So far 43 percent of residents 16 and over are fully vaccinated in the state’s most populous county. “That means more than half of our adult population remains vulnerable,” Solis said.

After becoming the epicenter for the virus in the US at the start of the year, California has seen a precipitous decline. The state positivity rate among those tested has fallen below 1 percent, officials said Monday and more than 34.5 million doses of vaccine have been administered as the state approaches the full reopening of its economy.

Newsom, like the Biden administration, has been under pressure to ease mask restrictions as coronavirus cases decline nationwide. But the governor is facing a recall election this fall driven largely by frustration with his handling of the pandemic.

Cox, who lost in a landslide to Newsom in 2018, said it was notable that the governor had Ghaly deliver the news about the mask mandate but last week the Democratic governor traveled the state to announce a litany of initiatives to spend an unprecedented budget surplus.

“He wants to take credit for spending billions of dollars, but then goes into hiding when he has something unpopular to announce,” Cox said. “There’s a reason he’s hiding: he’s wrong.”