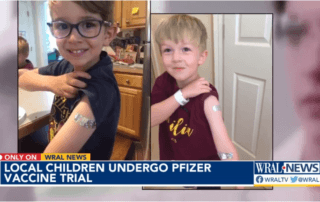 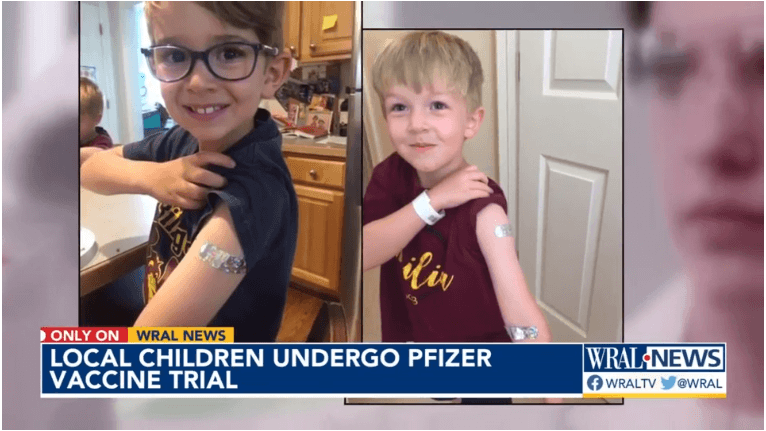 While none of the COVID injections have emergency use authorization for children under the age of 17 yet, there are ongoing trials with children being injected with the experimental shots as young as 6 months old.

VAERS ID 1255745 involved a 2-year-old baby girl in Virginia who died 5 days after she was injected. The VAERS entry appears to be made by a family member who laments that the child’s death “was going to happen anyway,” apparently repeating what health officials were telling them, and that they would probably claim her death “had nothing to do with the shot.”

Write-up: she was going to die/dies after vaccine; 2-year-old patient; This is a spontaneous report from a non-contactable consumer via a Pfizer-sponsored program.

A 2-year-old female patient received bnt162b2 (PFIZER-BIONTECH COVID-19 VACCINE), second dose at the age of 2-years-old via an unspecified route of administration on 25Feb2021 (Batch/Lot number was not reported) as single dose for covid-19 immunisation.

The patient”s medical history and concomitant medications were not reported. It was reported that the 2-year-old dies after vaccine on 03Mar2021. Reported on VAERS.

Look for the researchers to exclude her from the study, probably claiming her death had nothing to do with the shot, she was going to die that day, five days after vaccination anyway.

That”s how they roll. The patient died on 03Mar2021. The outcome of the event was fatal. No follow-up attempts are possible. Information on lot/batch cannot be obtained. No further information is expected.; Reported Cause(s) of Death: she was going to die

VAERS ID 1261766 involved a year-old baby boy in Florida who suffered convulsions and seizures after the Moderna shot and died 2 days later. 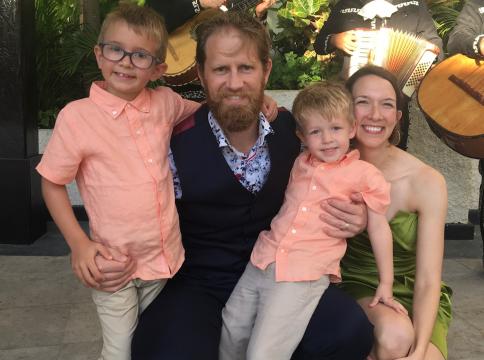 I can’t even imagine what it takes to convince parents of young children to allow their children to be guinea pigs for a vaccine trial.

In what looks more like a publicity stunt to convince parents and children to sign up for the experimental COVID shots, Dr. Cameron Wolfe, an infectious disease specialist at Duke University who makes regular appearances on WRAL-TV talking about COVID, brought his two children on TV to show how they got the experimental shots and are now “feeling great and full of energy.”

A clinical trial at the Duke University Health System is currently studying its use on ages 5 to 11.

WRAL News spoke with two young boys who are excited to be part of that trial.

Their father is someone who has become familiar in the Triangle during the pandemic. Dr. Cameron Wolfe, infectious disease specialist at Duke, makes regular appearances on WRAL-TV talking about COVID.

He and his wife, who is also a doctor, hope sharing their story about their kids getting the vaccine will encourage other parents about the vaccine’s safety.

Wolfe tweeted photos of his boys getting their second doses of the Pfizer vaccine on Monday.

Drs. Sarah and Cameron Wolfe said they had no reservations about their 5-year-old Lachlan and 7-year-old Callum joining the Duke trial for kids ages 5 to 11.

“I think it was an easy choice to get the vaccine, and early,” said Sarah. “We were going to have peace of mind for caregivers, teachers, and the kids they interact with in school that we were adding safety.”

And the kids were eager to get the shots.

“I thought it would protect me. And also stop me from spreading it – protecting me, and protecting everyone else,” said Callum. “And the scientists would get to know if it works on kids also.”

After getting the vaccine, both kids seem to be feeling great – and full of energy.

When asked what he would tell other kids about the vaccine, 7-year-old Callum said, “Well, that you should do it. Because then you’ll be safe and you’ll be protecting everyone else around you.”

His father agrees with him, pointing out that if enough school children get vaccinated, the community can get closer to herd immunity level.

Unlike some of the adult trials where you might get placebo, everyone gets the real shot in this trial. Health officials are looking at dose level and how much to give.

As far as a timeline — Pfizer expects to have approval from the FDA for kids as young as 2 by this fall. (Full story.)

The corporate media, the government health agencies, and the pharmaceutical companies for many months now have been conditioning the public to always expect serious side-effects to these shots, and that when they become seriously ill after an injection, that this is “proof” that the shots work.

And this kind of propaganda works, if one just spends a few minutes on social media reading about people’s reactions.

So if this is the “logic” that convinces people to just accept side effects as “proof” the shots “are working,” what does it mean when there are no side effects (other than maybe injection site temporary pain) and are reported “to be feeling great – and full of energy”?

Was this just a publicity stunt to get more parents and children to sign up for the trials?

For the baby girl in Virginia and the baby boy in Florida who participated in these COVID “vaccine” trials and were added to VAERS, they are not “feeling great and full of energy.”

They are now just a number, a statistic, to be added to the other 4000+ unprecedented deaths that have been recorded by the CDC following non-FDA approved COVID shots during the last 4 months.

And earlier this week it was announced that Pfizer has requested the “emergency use” authorization on their COVID shot to be fully approved by the FDA, which would open the door to making them mandatory.

URGENT! 5 Doctors Agree that COVID-19 Injections are Bioweapons and Discuss What to do About It

Living in Enemy Territory: Is This What you Want America? If not, Here’s What Needs to Happen to Take America Back

Don't Miss it How Safe Are You From Covid When You Fly? – The New York Times
Up Next Third U.S. Male Diagnosed With Vaccine-Induced Blood Clots After J&J Vaccine