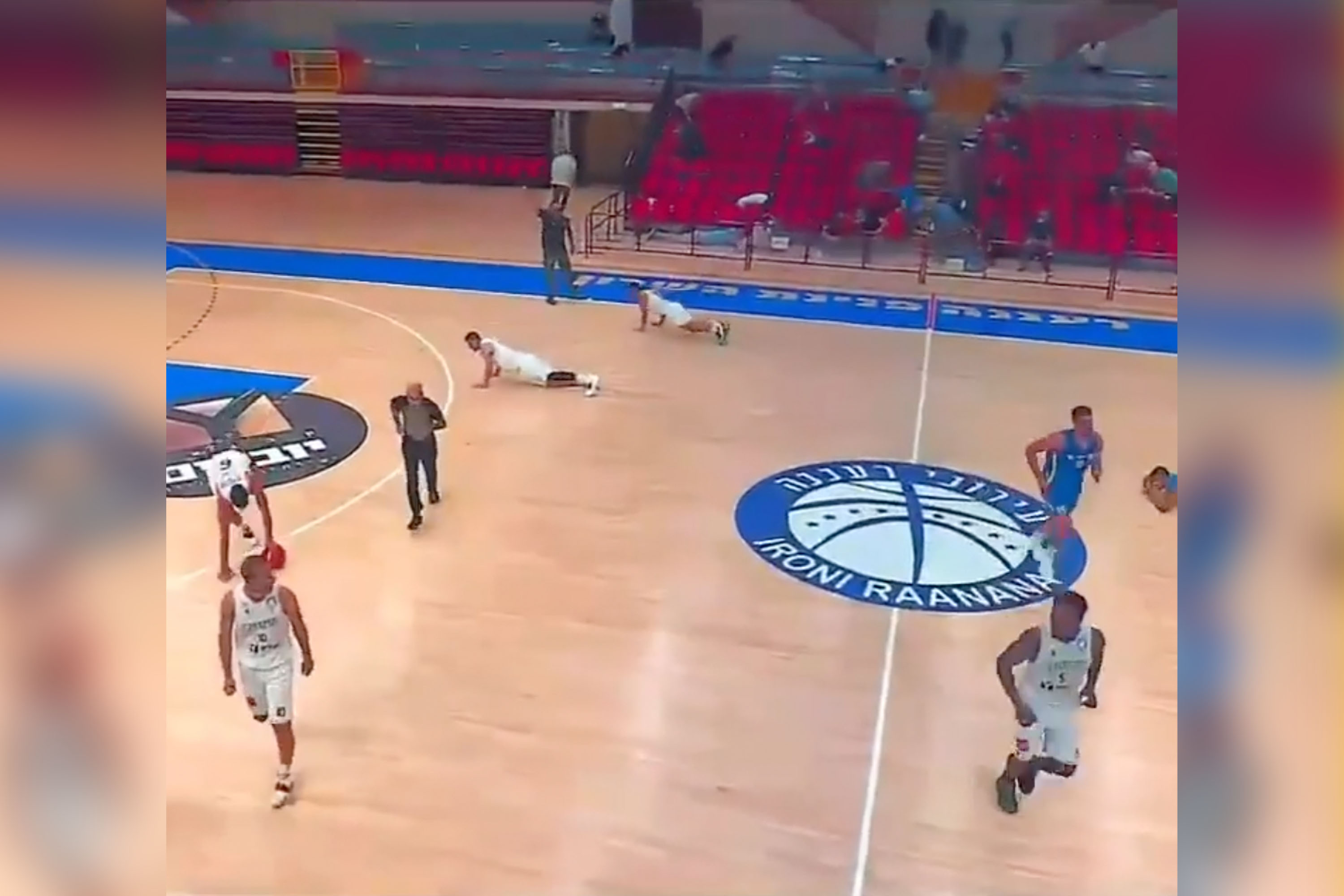 Video shows a basketball game in Israel coming to a halt on Tuesday — as players drop to the floor with missile alarms sounding off in the background — amid the barrage of rockets launched by Hamas from the Gaza Strip.

The dramatic footage shows the Maccabi Raanana and Maccabi Kiryat Motzkin players laying flat on the court, some with their hands over their heads, as a warning message plays.

Some spectators could be seen leaving the stands and walking out of the facility in the clip, posted on Twitter by a journalist at an Israeli sports website.

The Maccabi Raanana had led 84-60 before the game was suspended. The athletes from both teams decided not to resume the game, the local website reported.

The tense moment came as rockets from Hamas militants rained down on Israeli cities, including Tel Aviv, in some of the worst fighting between Israel and the terror group in years.