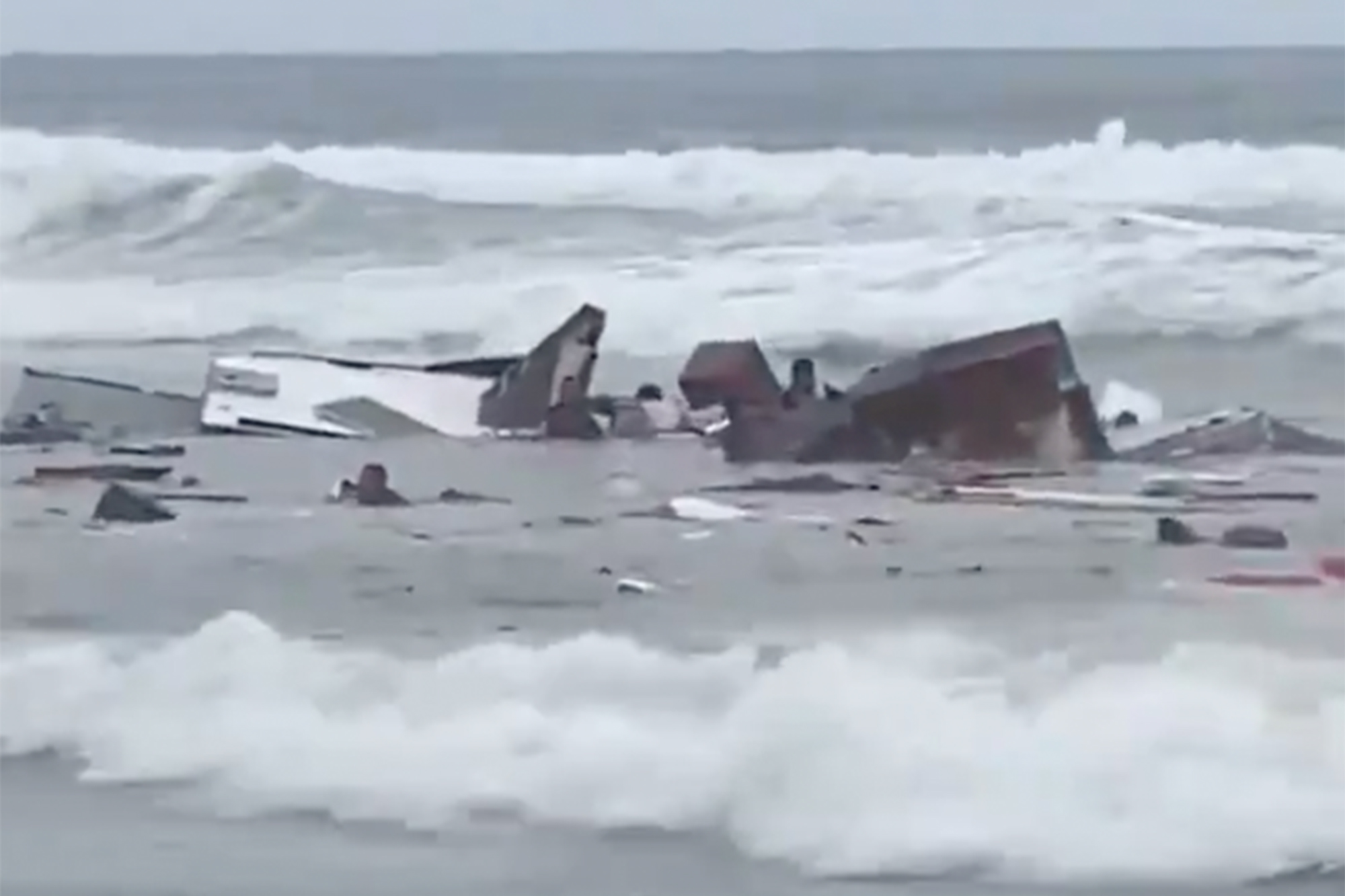 Dramatic video taken by beachgoers after a suspected smuggling boat capsized off the San Diego coast shows several people in distress surrounded by a vast debris field in the rough waters.

The destructive aftermath of the Sunday boat wreck, which left at least three people dead and 27 others injured, was captured by a witness on shore and posted to Twitter.

“God, that boat blew up,” said the man recording the video.

At least three people can be seen in the video treading water near the debris that is getting tossed around by rough surf.

“They’re stuck out there,” a woman can be heard saying on the video.

A group of people, who appear to be lifeguards wielding rescue buoys, can also be seen in the video closer to shore.

Some of the rescuers are motioning to the people in distress.