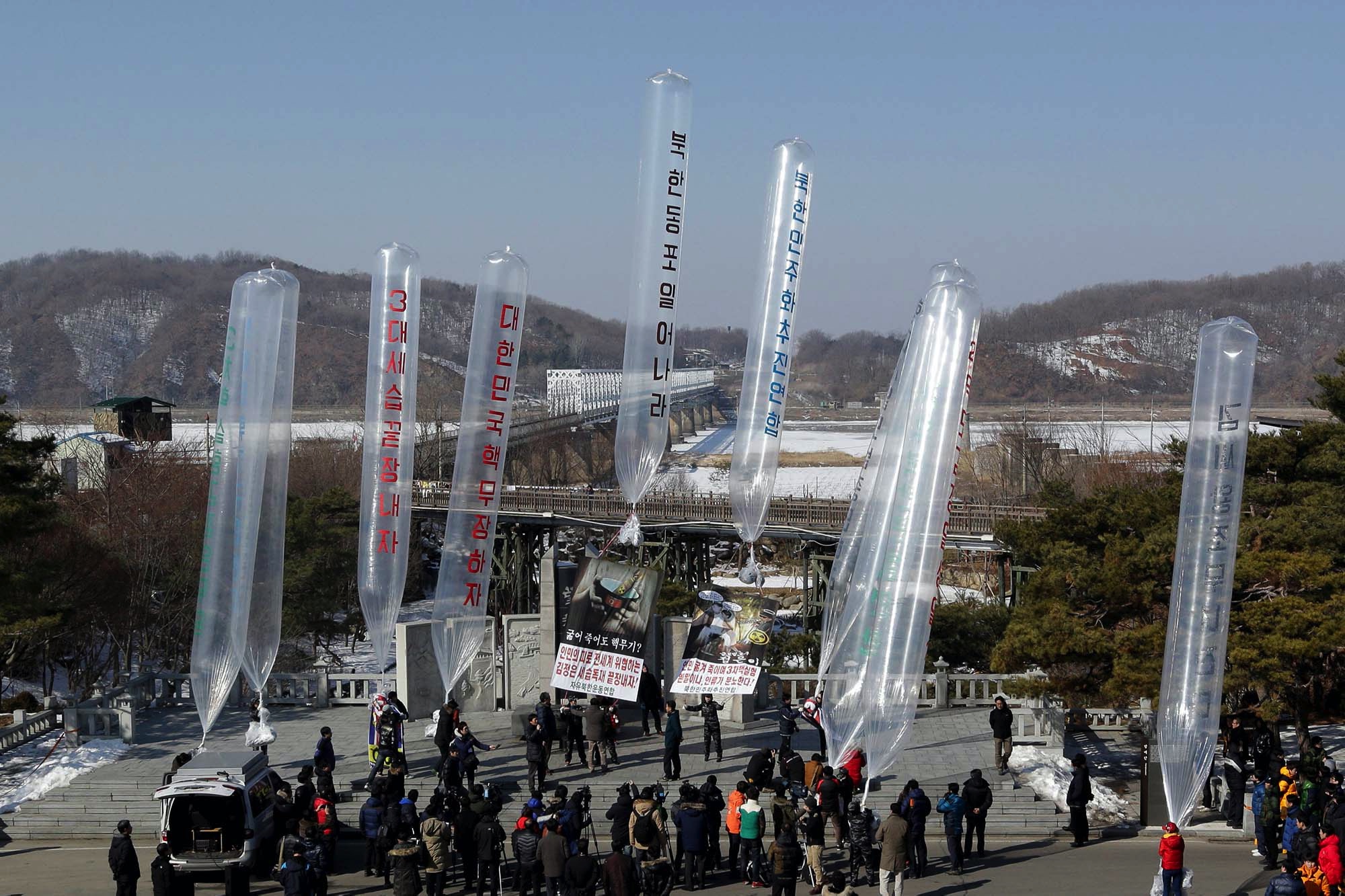 A South Korean activist said Friday he launched 500,000 propaganda leaflets by balloon into North Korea this week in defiance of a contentious new law that criminalizes such actions.

If confirmed, Park Sang-hak’s action would be the first known violation of the law that punishes anti-Pyongyang leafleting with up to three years in prison or a fine of 30 million won ($27,040). The law that took effect in March has invited criticism South Korea is sacrificing freedom of expression to improve ties with rival North Korea, which has repeatedly protested the leafleting.

Police stations in frontline Gyeonggi and Gangwon provinces said they couldn’t immediately confirm if Park sent balloons from their areas, which Park has used in the past and said he used in two launches this week. Cha Duck Chul, a deputy spokesman at Seoul’s Unification Ministry, said the government would handle the case in line with the objective of the law, though police and military authorities were still working to confirm Park’s statements.

“Though (authorities) can handcuff and put me to a prison cell, they cannot stop (my leafleting) with whatever threats or violence as long as the North Korean people waits for the letters of freedom, truth and hopes,” said Park, a North Korean defector known for years of leafleting campaigns.

Park called the anti-leafleting legislation “the worst law” that “sides with cruel human rights abuser Kim Jong Un and covers the eyes and ears of the North Korean people that have become the modern-day slaves of the Kim dynasty.”

Video released by Park showed him releasing a balloon with leaflets toward a dark sky and showed him standing in the woods with a sign that partly reads, “The world condemns Kim Jong Un who is crazy for nuclear and rocket provocations.”

The anti-leafleting legislation was passed in December by Parliament, where lawmakers supporting President Moon Jae-in’s engagement policy on North Korea hold a three-fifths supermajority. It went into effect in March.

It’s the first South Korean law that formally bans civilians from floating anti-North Korea leaflets across border. South Korea has previously banned such activities only during sensitive times in inter-Korean relations and normally allowed activists to exercise their freedom of speech despite repeated protests from North Korea.

Despite the law, ties between the Koreas remain strained amid a standstill in broader nuclear diplomacy between Pyongyang and Washington. North Korea has made a series of derisive statements against Seoul, including Kim Yo Jong calling Moon “a parrot raised by America” after he criticized the North’s recent missile launches.