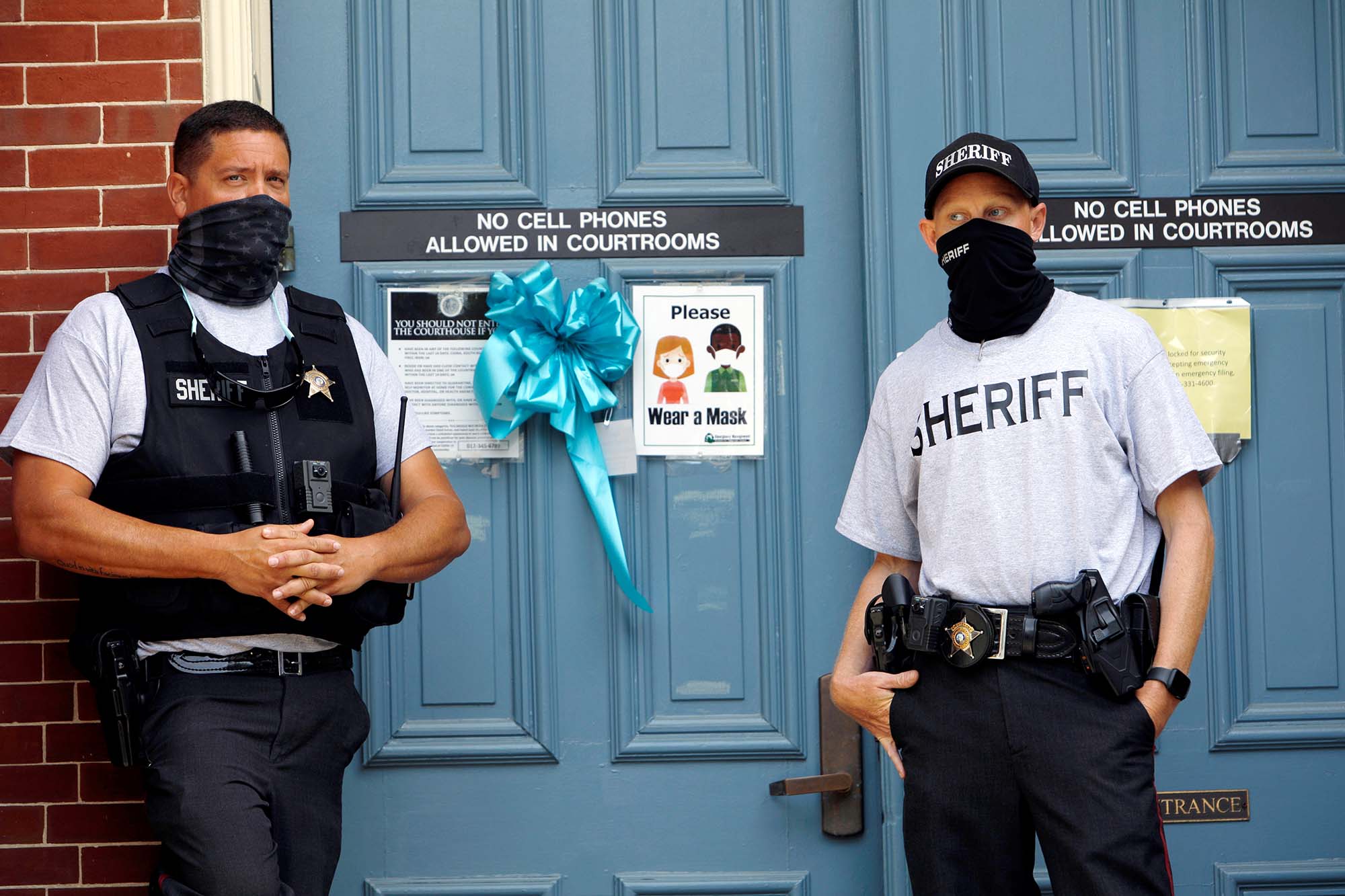 The North Carolina prosecutor reviewing the police shooting death of Andrew Brown Jr. said he hit deputies with his car before they opened fire — and slammed claims from Brown’s family about the fatal encounter as “patently false.”

“As it backs up, it does make contact with law enforcement officers,” District Attorney Andrew Womble told Judge Jeffrey Foster during a court hearing Wednesday, referring to Brown’s car.

“The next movement of the car is forward,” Womble said, according to Fox News. “It is in the director of law enforcement and makes contact with law enforcement. It is then, and only then, you hear shots.”

The prosecutor’s account contradicts the allegations by Brown’s family and attorneys, who claimed deputies executing a search warrant at his home on April 21 opened fire before Brown tried to drive off and while he was complying with deputies.

Prosecutors in Elizabeth City have only allowed the family to view a 20-second clip from one police bodycam — and Foster refused to make all five bodycam videos public after the court hearing on Wednesday.

Womble and Pasquotank County Attorney R. Michael Cox have also fought the release of footage from the fatal encounter, which resulted in seven deputies being placed on administrative leave.

Three other deputies resigned — one of whom retired — but officials said those moves are unrelated to Brown’s shooting death.

Brown family lawyer Chantel Cherry-Lassiter, who reviewed the 20-second clip, called the shooting “an execution” at a press conference earlier this week.

She said the deputies opened fire before Brown started to back up.

However, Foster ruled that while Brown’s family may be shown all the videos and other evidence within 10 days, they cannot receive copies.

And that evidence will not be made public for 30 to 40 days pending the investigation, the judge ruled.