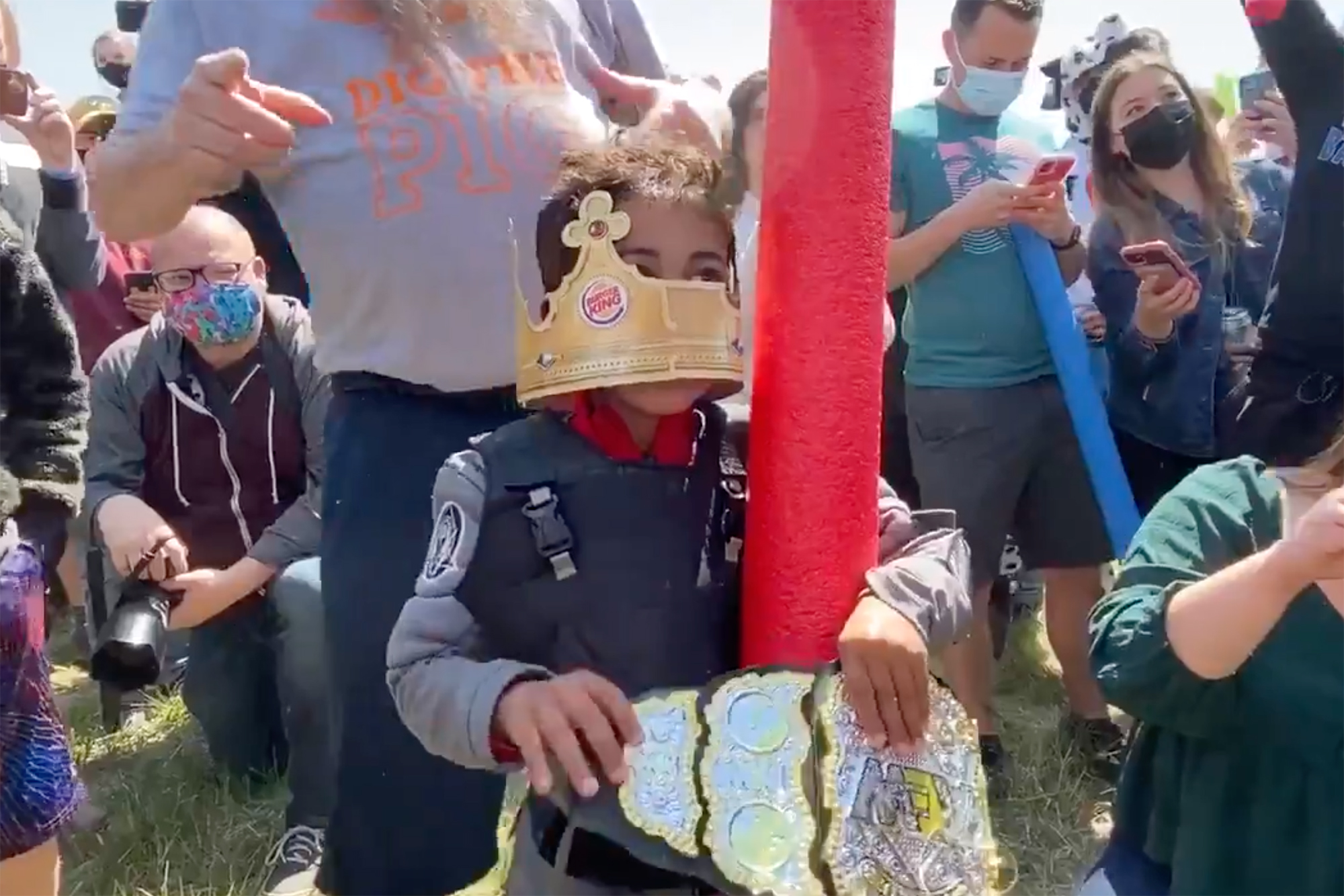 Hundreds of guys named Josh flocked to a park in Lincoln, Nebraska on Saturday for a mock-duel with pool noodles over the “right” to the name.

People named Josh from around the country simultaneously duked it out during the goofball battle — laughing and whacking each other with the colorful foam floaties.

The doppelganger duel — dubbed “Josh Fight” and “Josh vs. Josh vs. Josh” — was the brainchild of 22-year-old Josh Swain, of Tucson, Arizona, who messaged other folks with this first and last name while bored during the coronavirus lockdown last year.

His tongue-in-cheek message challenged the other Josh Swains to meet on April 24, 2021 at a random set of coordinates, for a duel.

“We fight, whoever wins gets to keep the name,” he quipped. “Everyone else has to change their name, you have a year to prepare, good luck.”

The event later became the subject of a Reddit thread, drawing Joshes of all types to the field at Air Park, according to NPR.

The festivities started with a “righteous battle of Rock, Paper, Scissors” between Josh Swain and another Josh Swain from Omaha.

The Arizona student won, allowing him to claim the title of the best Josh Swain.

The pool noodle battle was then open to anyone with the first name of Josh.

Ultimately, a 5-year-old, nicknamed “Little Josh,” was crowned the winner of the fight, according to a tweet.