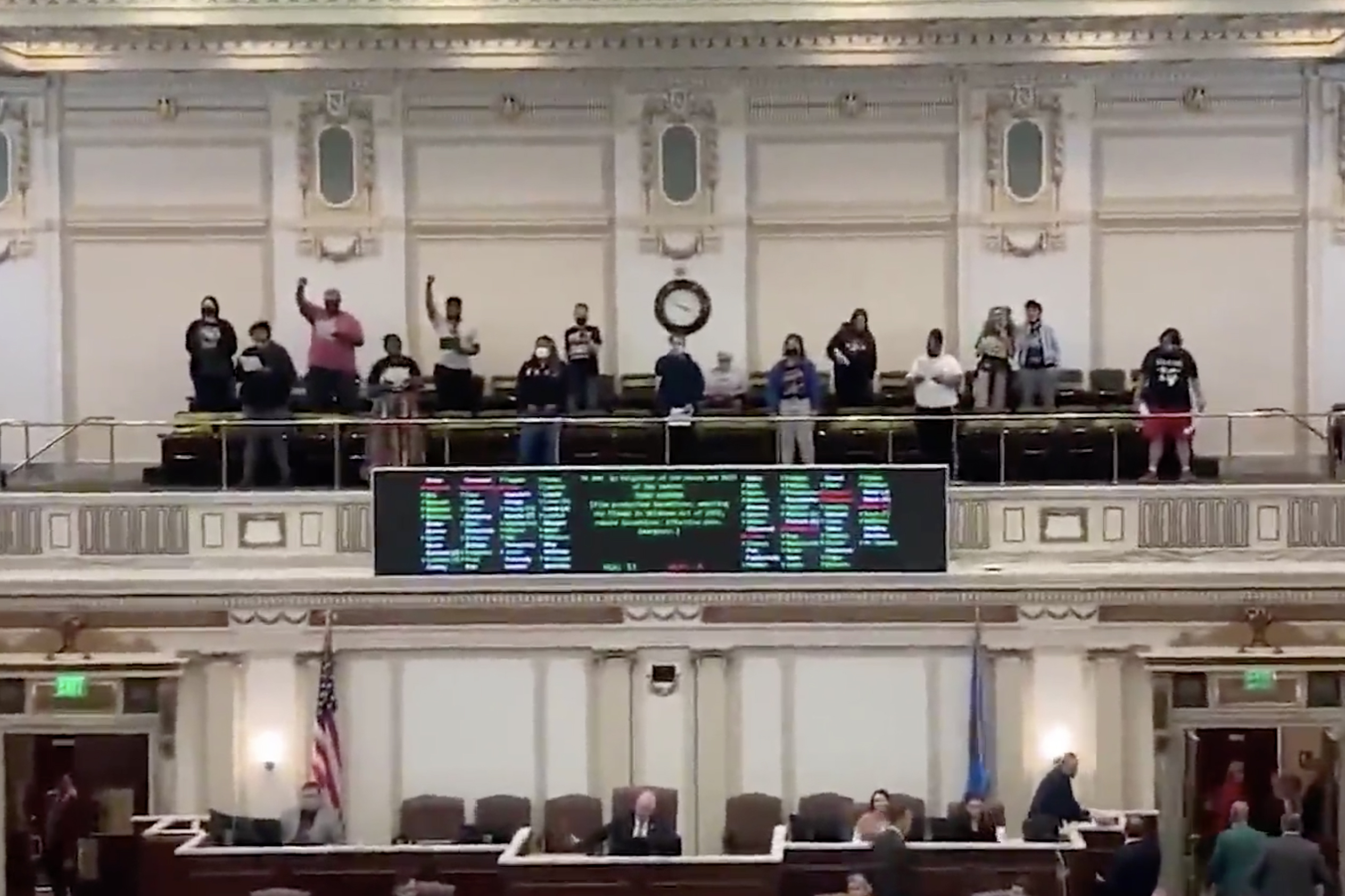 Protesters were booted from the lower house of Oklahoma’s legislature on Wednesday after voicing their opposition to a number of bills that aim to curb public demonstrations and decrease liability for motorists who might injure the participants.

The group of roughly two dozen protesters interrupted the proceedings at the Oklahoma House of Representatives chamber, standing in the upper-gallery and shouting down to lawmakers below, according to footage shot by KFOR.

At least two of the bills they opposed, which were both later signed into law by the governor, are aimed at cracking down on protests.

One bill makes it illegal to film police while they’re on the job, according to the report. Another grants immunity to drivers who hit protesters while feeling threatened.

“You cannot just run somebody over and it be OK because your justification is you felt you were threatened,” Adriana Laws, the founder of the group who organized the protest, told the network.

“I feel threatened everyday as a black woman in society,” she said.