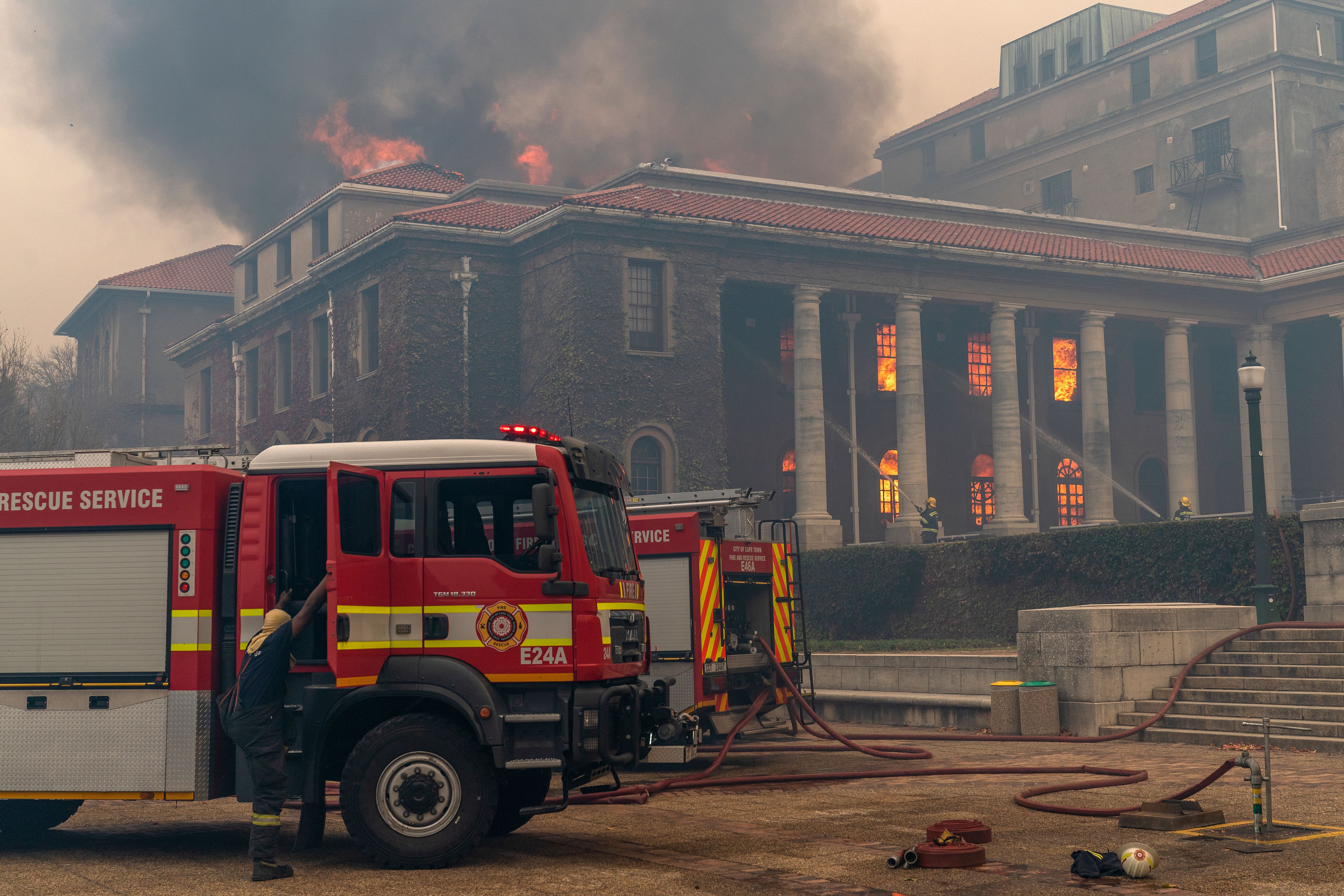 A ferocious wildfire in South Africa damaged several buildings at the prestigious University of Cape Town on Sunday and forced its students to evacuate.

The blaze engulfing part of Table Mountain began earlier in the day on Devils Peak before quickly spreading up the slopes, officials said.

The inferno led to the closure of several roads and blanketed the area with heavy smoke.

“All UCT students have been evacuated from campus by emergency services support staff,” the university said in a statement.

A video tweeted by the local government showed flames roaring inside a campus building lined with columns.

Occupants of residential homes in the suburb of Rondesbosch have not yet been asked to evacuate.

“The situation is being monitored and staff will go door-to-door in the event that evacuation is required,” officials said.