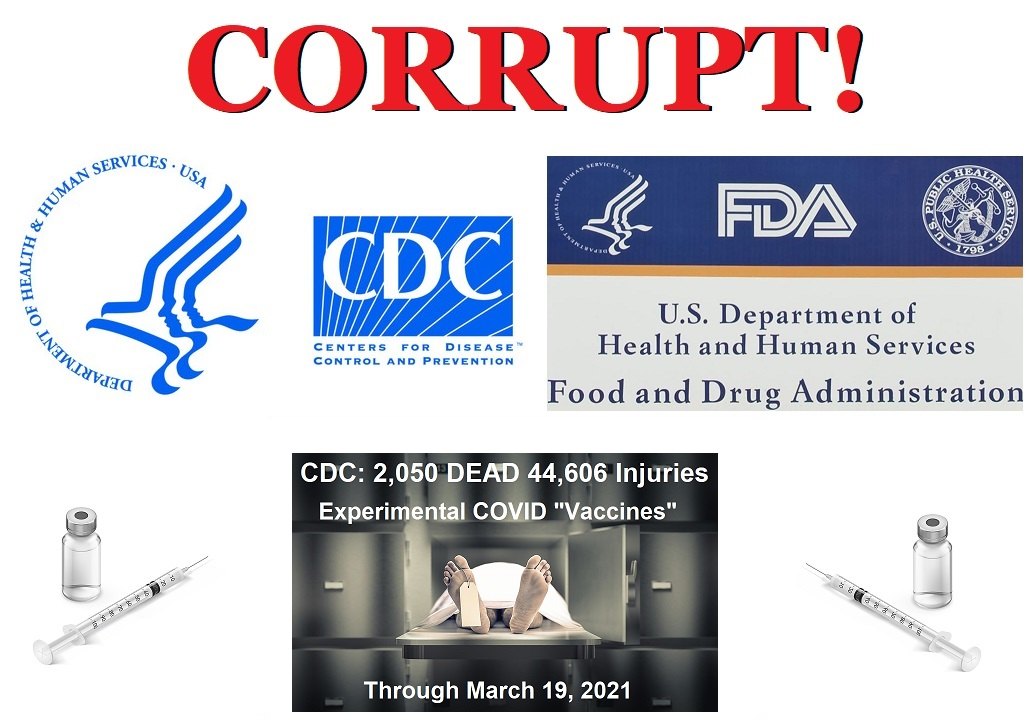 After it was recently announced that Merck & Co. would take over producing some of the experimental COVID “vaccines” for Johnson and Johnson, an FDA whistleblower has now stepped forward to reveal that the FDA is not properly examining production facilities where these experimental COVID shots are being produced.

An FDA inspector-turned-whistleblower claims the agency soft-pedaled violations at a range of pharma manufacturing plants, including a Merck & Co. vaccine facility in Durham, North Carolina, where staff allegedly destroyed evidence of unsanitary practices. Those allegations have now been passed along to the White House.

After investigating the allegations raised by a whistleblower, the Office of Special Counsel wrote President Joe Biden Wednesday to detail the claims.

While the FDA inspector raised flags about the agency’s handling of violations at several plants, Special Counsel Henry Kerner told the White House he was “most concerned” about the Merck inspection and agency follow-up. The Merck plant is slated to help produce Johnson & Johnson’s COVID-19 vaccine, though that work has not begun yet.

The whistleblower alleged that employees at Merck’s plant were moving between cleanrooms and uncontrolled areas without properly ungowning, and that a biohazard bin contained employee uniforms soiled with blood, urine and feces. Employees were soiling their uniforms rather than taking restroom breaks, the whistleblower claimed, citing a confidential informant, because staffers would have otherwise needed to remove sterile gowning and leave manufacturing areas. (Source.)

This is just another routine incident that highlights the incestuous relationship between Big Pharma and government health regulatory agencies like the FDA and the CDC, which primarily work for the pharmaceutical industry to maximize their profits, and are not very concerned about public health at all.

Most of the people appointed to these government agencies come out of the pharmaceutical industry, and then return there once they are finished working for agencies like the FDA and the CDC.

Merck is now set to join the ranks of pharmaceutical companies producing experimental COVID injections that have a long history of criminal activity. We have previously reported how Pfizer is notorious for previously having the largest criminal settlement with the Department of Justice, and Johnson and Johnson also has a very long criminal rap sheet ranging from their baby powder causing cancer, to flawed hip replacements and multiple product recalls that have harmed millions.

Producing a COVID shot was their first effort in making a vaccine. See:

Johnson and Johnson Has Paid $BILLIONS in Criminal Settlements and Never Produced a Vaccine Before – Why Would We Trust Them for a New Experimental COVID Vaccine?

And so far, things are not working out well for Johnson and Johnson and their first attempt to produce vaccines.

It was announced yesterday that they had to scrap 15 million doses of their new experimental COVID shots because of errors in their Baltimore plant run by Emergent BioSolutions, who has their own quality control issues that we have previously reported, because they accidently mixed ingredients with other ingredients for the AstraZeneca COVID shots.

So now faced with manufacturing problems in producing enough of the experimental COVID injections, they are turning to another criminal organization to help them, Merck.

Merck’s vaccines historically have probably killed and maimed more people than any other vaccine manufacturer, and they are still embroiled in lawsuits to this day over some of their vaccines, mainly the measles, mumps, and rubella (MMR) vaccine, and their HPV vaccine, Gardasil. See:

Has the Merck Pharmaceutical Company Killed More People than the U.S. Military or Any Terrorist Organization?

And now they are slated to use a plant to help produce the Johnson and Johnson experimental COVID shots, where employees are deliberately soiling their clothes with blood, urine and feces because they don’t want to take the time to use the restrooms and go through the entire sterilization process again, and the FDA is overlooking this.

We would not even know this if an FDA employee’s conscience did not get the better of him, and even now, don’t expect to read this information in the corporate news which is controlled by Big Pharma.

And yet the vast majority of the public remains religiously pro-vaccine and are rushing out to get experimental injections produced by criminal pharmaceutical companies and regulated by criminal government regulatory agencies that are supposed to be overseeing them.

The reduction of the world’s population is in full swing now, and the pro-vaccine masses are the first ones to be culled.