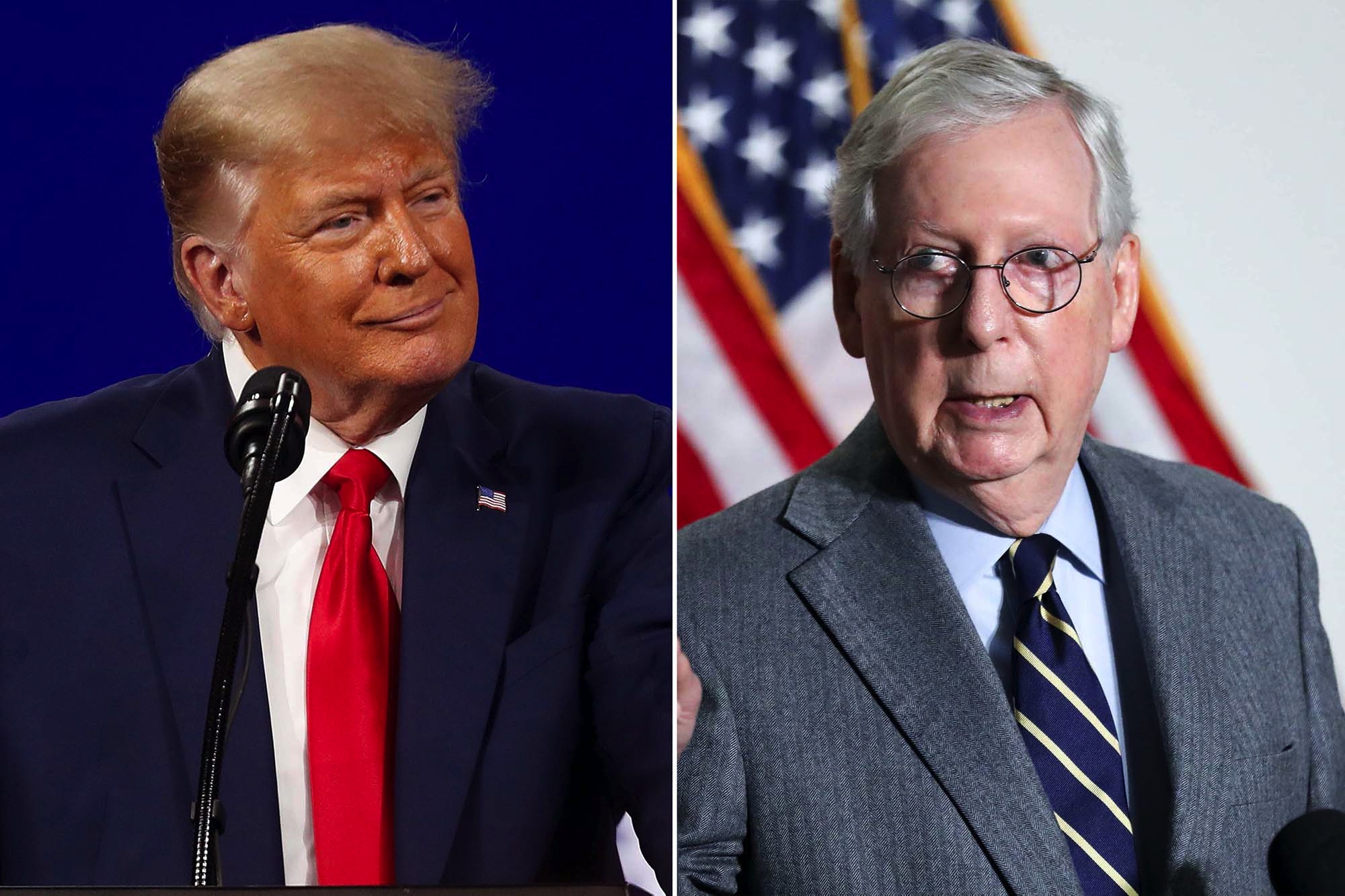 Former President Donald Trump called Senate Minority Leader Mitch McConnell a “son of a bitch” during a donor soiree at Mar-a-Lago on Saturday, according to a report.

Trump veered from his prepared remarks when he lashed out at the Kentucky lawmaker, Reuters reported, citing an attendee at the Republican National Committee dinner in Palm Beach, Florida.

Vice President Mike Pence was also a target of the ex-president’s ire.

Trump said he recently told Pence that he was still disappointed in him for not intervening to stop the congressional certification of President Biden’s election win — something the VP didn’t have the authority to do.

Pro-Trump supporters stormed the US Capitol on Jan. 6 in an effort to stop the vote certification some of them caught on camera shouting that Pence should be hanged.

Speaking to hundreds of top donors Saturday, Trump didn’t rule out seeking another term in 2024, but said any talk of him possibly running should wait until after the November 2022 midterm elections.

Representatives for McConnell and Pence did not immediately respond to requests for comment from Reuters.

Don't Miss it Boris Johnson to miss Prince Philip’s funeral amid COVID
Up Next Chinese COVID-19 has low effectivness: official