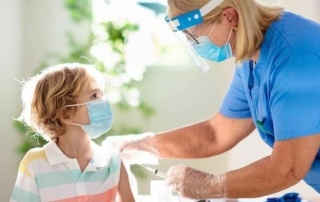 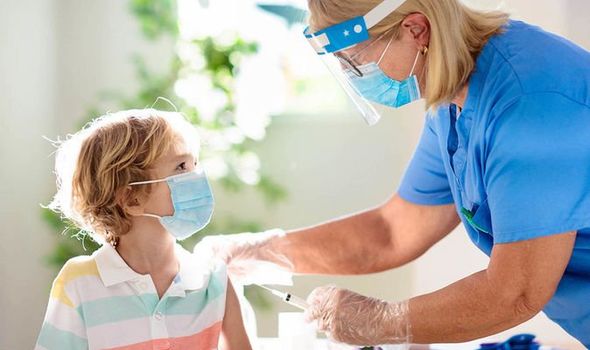 Just days after Australia’s deputy chief medical officer, Michael Kidd, acknowledged that there was likely a connection between rare blood clots and the COVID vaccine developed by AstraZeneca and Oxford, officials from the EMA, Europe’s top pharmaceutical regulator, have finally acknowledged the link, even if the agency’s official stance – that there’s no evidence of a link, but no evidence to rule it out – remains unchanged.

The EMA declared at the conclusion of a hasty “safety review” last month that the benefits of the AstraZeneca jab (which is expected to to be the workhorse of the global vaccination rollout as Covax, the WHO/Gates Foundation program to vaccination developing countries, expects to heavily rely on the jab) far outweighed any risks, while saying it couldn’t definitively rule out the possibility that the blood clots and the vaccine might be connected.

But researchers from Norway, Germany and elsewhere insisted they had found evidence of a connection. And after the UK acknowledged more than 2 dozen new cases of the rare clots – 9 of them fatal – it seems the dam has finally broken.

WSJ reported Tuesday that the University of Oxford had decided to pause trials of the vaccine in the UK that involved children between the ages of 12 and 15.

The Astra-Zeneca “cheap and easy to store” “workhorse” vaccine causes blood clots in general, and in particular clots in the cavernous sinus of the brain, which have killed or wounded a number of people, especially women under 55.

The European Medicines Agency, the European Union’s regulator, said it is investigating at least 44 cases of the rare brain clots and at least 14 deathsamong about 9.2 million vaccinations in 30 European countries...

As of March 29, Germany’s regulator has reported 31 cases of the unusual blood clots in 2.7 million people vaccinated with the AstraZeneca vaccine, nine of whom have died.

The J and J vaccine was associated with blood clots in its clinical trial data presented to FDA.  Both vaccines use an adenovirus vector to deliver DS DNA that codes for spike protein, and human cellular machinery produces this protein, for an uncertain period of time in uncertain quantities. So blood clotting may be due to the adenovirus vector, or to the spike protein, or to something entirely different.

The mRNA vaccines use mRNA to code for the spike, using cellular machinery to produce the spike protein.  The end result of all 4 vaccines is similar, and again, we do not know for how long the body makes this protein.

If the spike itself induces clotting, which is a reasonable hypothesis scientists have put forth, but is unproven, then all 4 vaccines would be thrombogenic (induce clotting).

How did 20 countries deal with this issue?

First they halted the vaccinations until they could review all the available data and get their narratives aligned. They then decided the A-Z vaccine did cause clots.  But you cannot waste Covid vaccine (unless you are EBS) so it had to be used.  But in whom?  In poorer countries of course.  But what about the supplies already purchased by western Europe?

The public health leaders came up with a great idea.  Restrict it, just for the elderly.  If they die, there is almost always a preexisting condition to blame. But apparently that wasn’t enough.  So they have started testing this vaccine in children. A few countries stopped the A-Z vaccine altogether.

France, Germany, Sweden and Canada are among those restricting its use in younger people, while Denmark and Norway have maintained a complete pause.

Can you imagine what the informed consent says?  “We are testing a vaccine known to cause lethal blood clots in children, who almost never get severe Covid–therefore the benefits won’t exceed the risks of the vaccine in this demographic.  Your child is at greater risk of dying from the vaccine than the disease.”  How many parents would sign?  Obviously, there must be lies on the consent form.  Here is a legal case for you British barristers.

As I was writing this, the  appeared that the clinical trials of the A-Z vaccine in children were finally paused, just today. Which is 2-3 weeks after the blood clotting issue surfaced.

How well does the Astra-Zeneca vaccine work in the elderly?  Only two months ago the leaders of France and Germany told us:

Officials in Germany claim the Astra-Zeneca vaccine  is only 8% effective in those over 65. French President Macron has complained to Agence France Press that the A-Z vaccine was only “quasi-ineffective for people over 65.”

So, in order to use up the supply, or perhaps for other purposes, Germany will now use the vaccine only in those over 60, and France will use it only in those over 55 — which are the age groups in whom they claimed it didn’t work.

In case it is not yet clear, this latest flip-flop from Macron and Merkel reveals the truth.  The purpose of the vaccines is obviously not to protect us.

The vaccines enrich Pharma. The vaccine passports enable much greater control over the citizenry. There may be additional agendas.

But this is clearly not about our health.

Read the full article at the Meryl Nass, MD blog.

Don't Miss it Birx recalls ‘very difficult’ call with Trump, says hundreds of thousands of Covid deaths were preventable
Up Next Department of Defense to change definition of ‘extremism’: memo