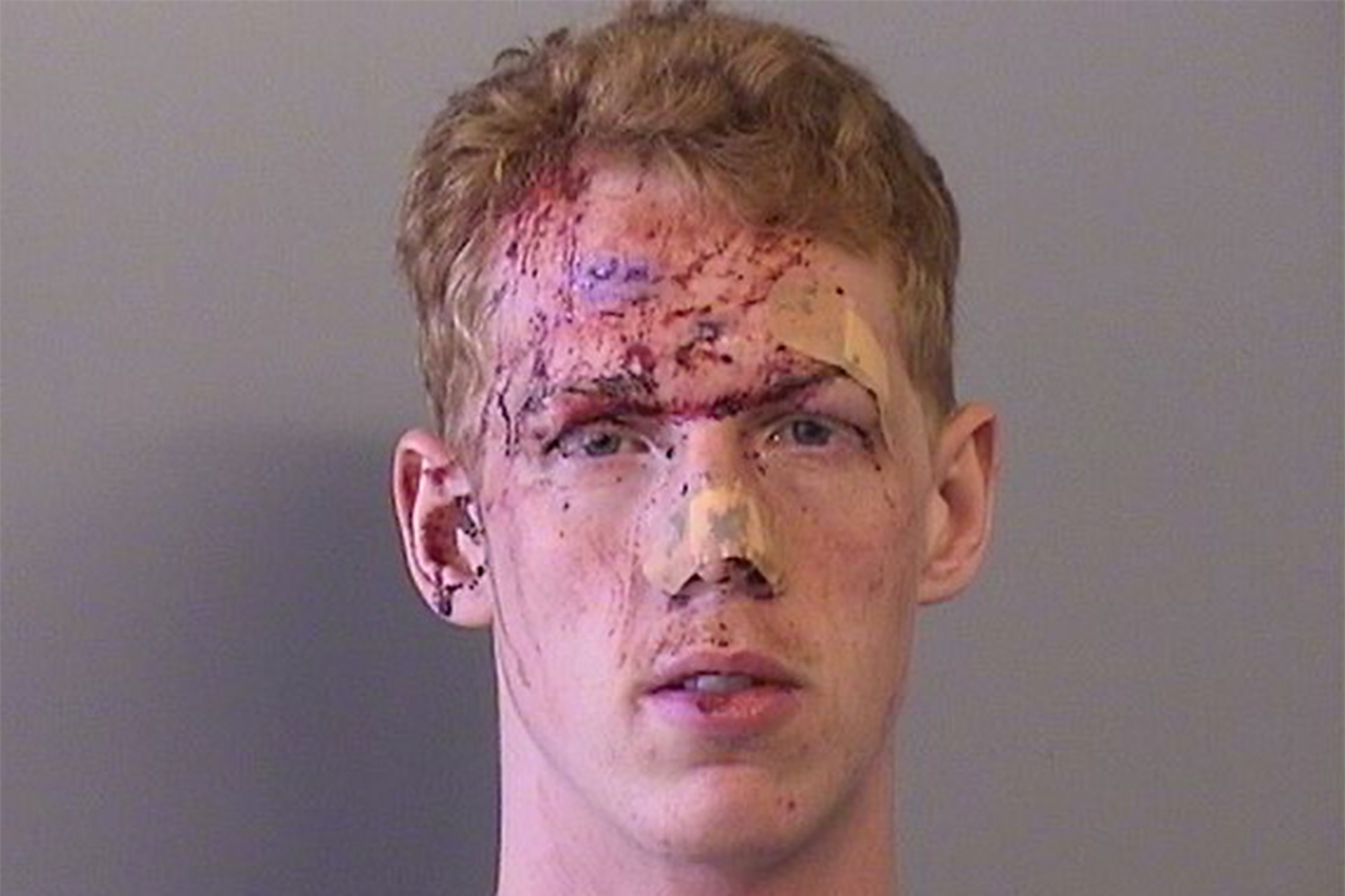 An Oklahoma man accused of stalking a former coworker for more than month shot her husband while trying to kidnap her, police said.

Justin Arthur-Ray Davis, of Tulsa, was arrested Friday after he waited outside his former colleague’s home and then chased the couple with a shotgun when they tried to walk to the woman’s car, cops said in a statement Saturday.

Davis, who previously resigned from the unnamed employer, had previously been accused of stalking the woman — allegedly leaving candy and food at her apartment, where he was spotted sitting outside at times, police said.

“The couple retreated to their apartment where Davis shot through the door, hitting the husband in the hand,” police said. “Davis went into the apartment and grabbed the victim, dragging her down the stairs, assaulting her along the way.”

Neighbors heard the frightening attack and called 911 as they saw Davis choke and punch the woman, police said.

The woman’s husband then came downstairs and tried to save her, but Davis threatened to kill the man if she didn’t get into his truck. He also fired two shots in the air, police said.

The woman managed to escape, according to an arrest report obtained by KTUL.

Davis proceeded to hop into his truck as cops arrived at the scene — leading them on a high-speed chase in excess of 100 mph before crashing into a pole on Interstate 44, according to the report.

Davis, who had injuries to his head following his arrest, was taken to a hospital before being booked into Tulsa County Jail on charges including kidnapping, burglary, stalking and pointing a weapon with deadly intent, records show.

Davis, who remained in custody on $300,000 bond Monday, is due to appear in court Thursday, records show. It’s unclear if he’s hired an attorney who could speak on his behalf.