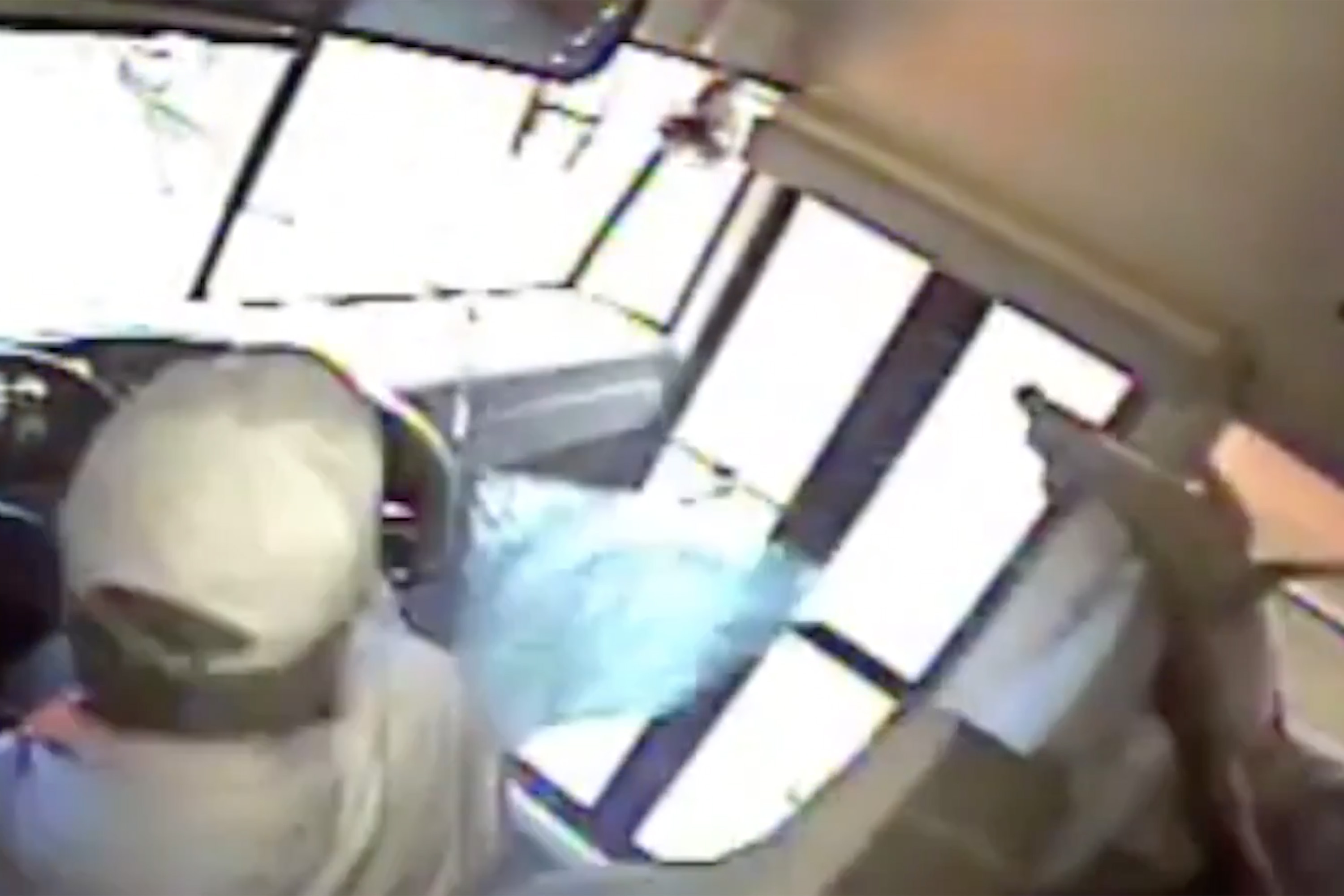 Wild footage shows a deer flying through the front windshield of a school bus in Virginia early Thursday morning — and somehow walking away unscathed.

Footage from inside the moving bus in Powhatan County, Va. shows the animal barrel through the window with enough zip to soar over the entry and land flat onto an unsuspecting student laying down asleep in the first row.

Visibly frightened, the deer shuffles around the front of the bus for a few seconds before the driver opens the door and lets it out.

“What was that?” a shocked student can be heard asking in the clip.

“It was a f–king deer, damn!” replies another.

The video ends with a man approaching from the outside of the bus to tell the drive “the deer was not injured at all” and “is still running across the field back there.”

The crash happened at around 6:07 a.m. on Old Buckingham Road in Powhatan County, outside of Richmond, the local newspaper reported.

Neither the driver nor any of the students were injured in the collision, officials said.

“The bus hit it and it rolled up the hood of the bus and through the windshield,” Bartlett said.

“The deer jumped up at about the time the bus hit it.”