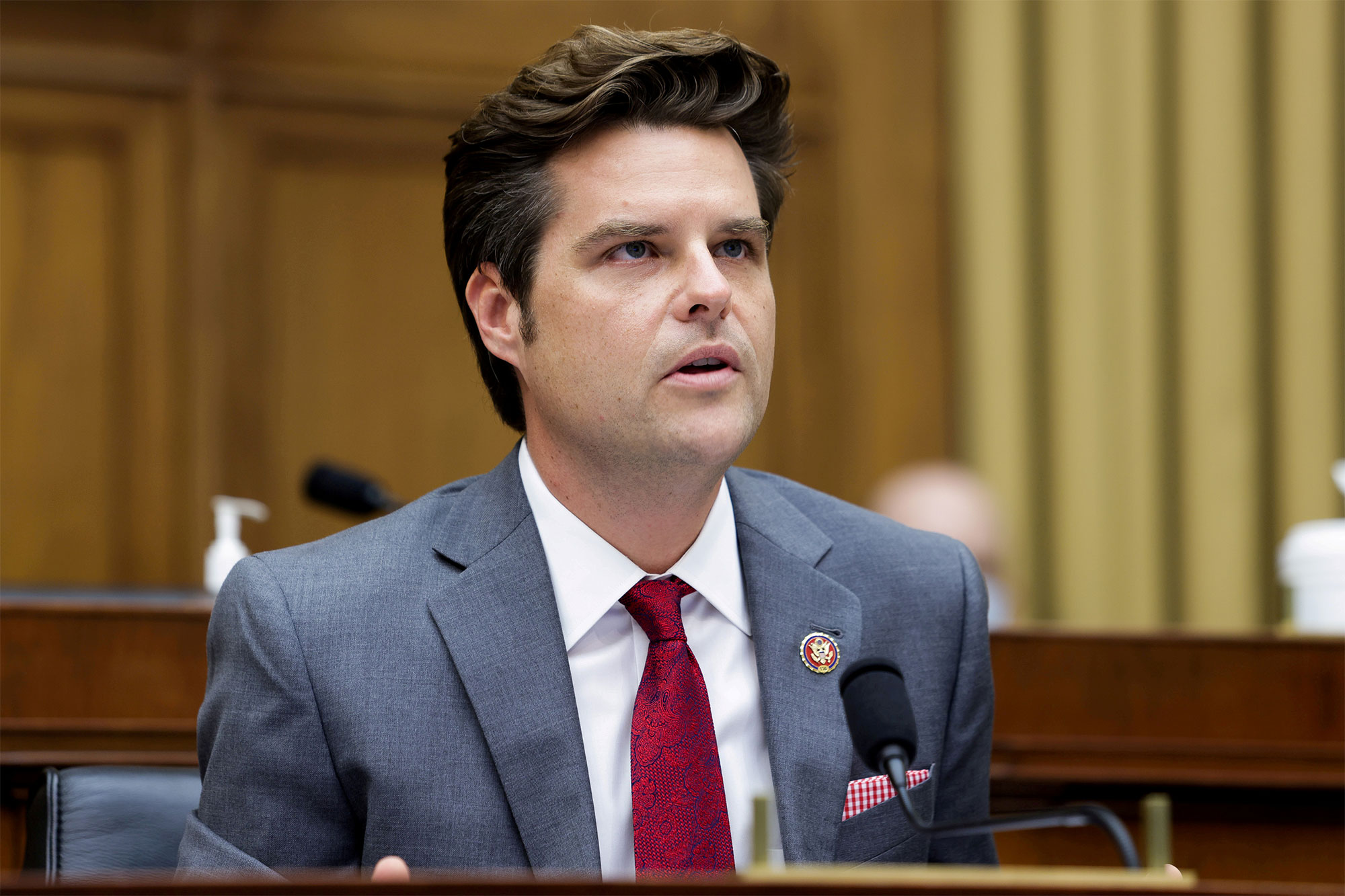 They asked his dad, Don Gaetz, for money to be used to free Levinson — in exchange for somehow getting the Department of Justice to drop its reported sex trafficking probe into the lawmaker, according to the Examiner.

Levinson, a former FBI agent and CIA contractor who vanished in Iran in 2007, was declared dead by his family last year.

The men who approached Gaetz’s dad had no apparent connection to the sex-crimes investigation but somehow learned about it before it was made public, The Washington Post reported.

The Examiner on Wednesday published a text message and a document that purport to show their proposal to the elder Gaetz, a prominent Florida Republican.

It is not clear if the outlet authenticated the documents or who provided them.

They show that Kent, a former Air Force intelligence analyst, allegedly texted Don Gaetz in mid-March saying that that he had a plan that could make his son’s “future legal and political problems go away,” and claiming that Levinson was still alive.

“I would like to talk with you immediately about the current federal investigation, and the indictment that is about to be filed against your son. I have a plan that can make his future legal and political problems go away,” the alleged text states.

“Last summer, we located Robert Levinson in Iran and took two proof of life videos, but the U.S. government foiled our rescue attempt. We have one more opportunity to rescue Levinson.”

The next day, Don Gaetz allegedly met with Kent, the Examiner reported, and he handed over a three-page document titled “Project Homecoming” that detailed the alleged federal probe against Matt Gaetz and how he could get out of it, as long as he coughed up $25 million.

“Our strategy for Congressman Gaetz to mitigate his legal, and political, troubles would be for him, or someone else, to arrange for the funds required to obtain the immediate release of Robert Levinson from captivity in Iran,” the document states.

“In exchanged for the funds being arranged, and upon release of Robert Levinson, Congressman Gaetz shall be given credit for facilitating the release of Mr. Levinson… [he] shall also be on the plan that returns Mr. Levinson to freedom and shall be the person to ‘reunite’ Mr. Levinson with his family and being Mr. Levinson back to the United States.”

Don Gaetz contacted the FBI about the proposal and the agency is now investigating whether it constitutes an extortion attempt against the Gaetz family, according to the Washington Post.

The release comes after the New York Times published a report Tuesday saying federal investigators are working to determine if the congressman paid a 17-year-old for sex and enticed her to travel, which violates federal sex trafficking laws.

Gaetz has emphatically denied the allegations and went on Tucker Carlson late Tuesday to say they are part of a $25 million extortion attempt involving a former federal prosecutor and McGee, a current Beggs & Lane attorney.

McGee has repeatedly denied his involvement in the alleged extortion, telling the Washington Post on Tuesday the allegations are “a blatant attempt to distract from the fact that he’s under investigation for sex trafficking of minors.”

“I have no connection with that case at all, other than, one of a thousand people who have heard the rumors.”

McGee has long represented the Levinson family in their quest to find the missing operative.

Don Gaetz, who told Politico Wednesday he wore a wire during one of his alleged meetings with McGee at the behest of the FBI, claimed he asked his attorney Jeffrey Neiman to establish a record of the cooperation with David Goldberg, an assistant U.S. Attorney for the Northern District of Florida.

“I can confirm that your client is working with my office as well as the FBI at the government’s request in order to determine if a federal crime has been committed,” Goldberg reportedly wrote. “This has been discussed with, and approved by, the FBI as well as leadership in my office and components of main justice.”

Neiman did not respond to an email from Politico seeking comment, while a spokeswoman for the Northern District of Florida declined comment.