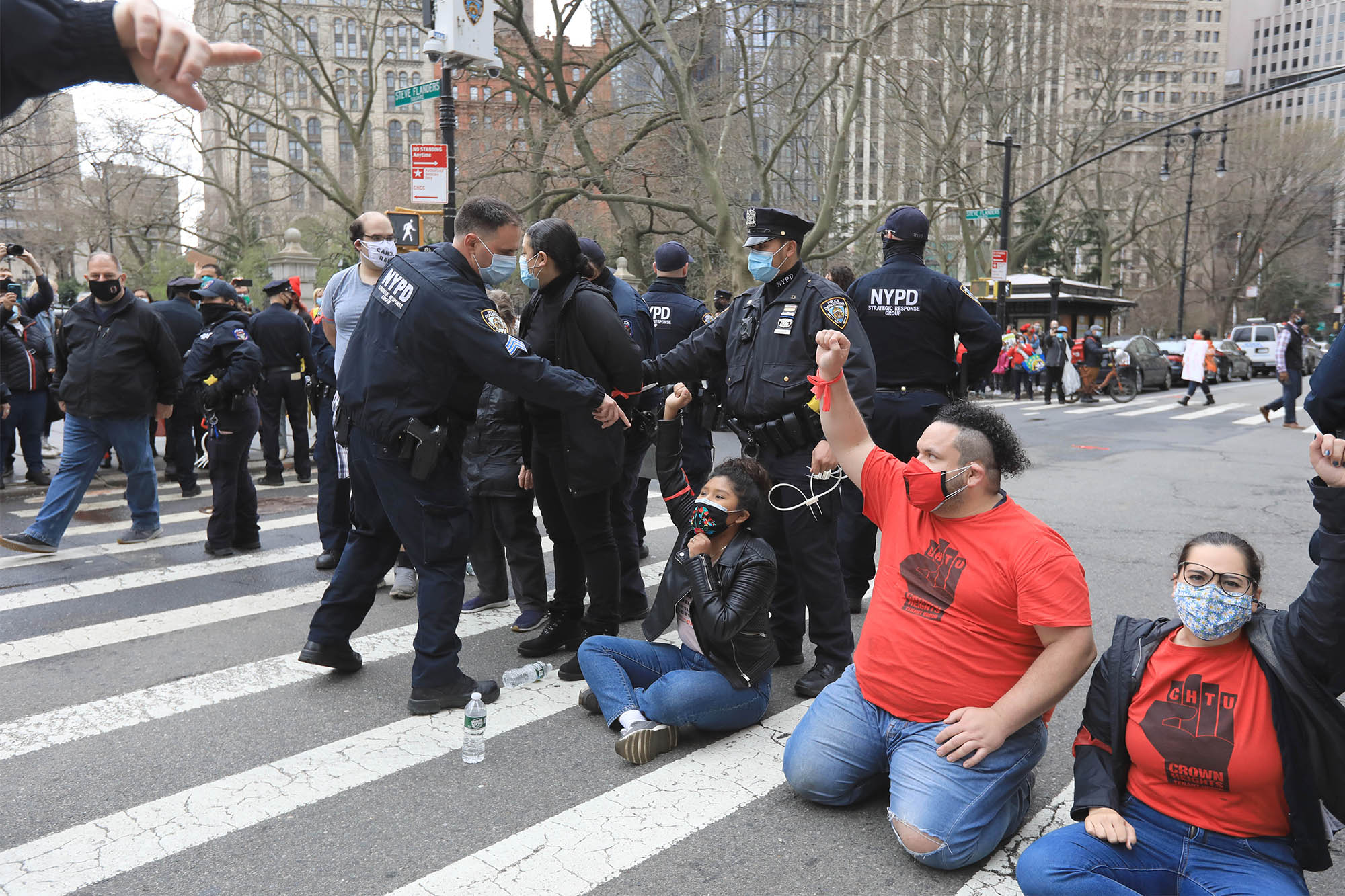 More than a dozen protesters were arrested at a demonstration to “Cancel Rent” in Manhattan Wednesday, according to police.

Demonstrators gathered near City Hall to demand that government agencies halt rent and mortgage payments amid coronavirus-fueled economic hardship — leading to the arrest of at least 14 people, the NYPD and activists said.

“We stand with the 14 tenants and community leaders of @housing4allNY who were arrested while fighting to #CancelRent and #FundExcludedWorkers!” the activist group  Housing Justice for All posted on Twitter, along with a photo of a police officer cuffing a protester Wednesday.

The image shows demonstrators linking arms while sitting in the middle of a street, near to Steve Flanders Square in lower Manhattan, while surrounded by police officers.

The protesters, including 10 women and four men, were charged with disorderly conduct.

Other images from the protest show people standing in the street and holding signs that proclaim “#CANCELRENT” and “Relief & Power for all.”