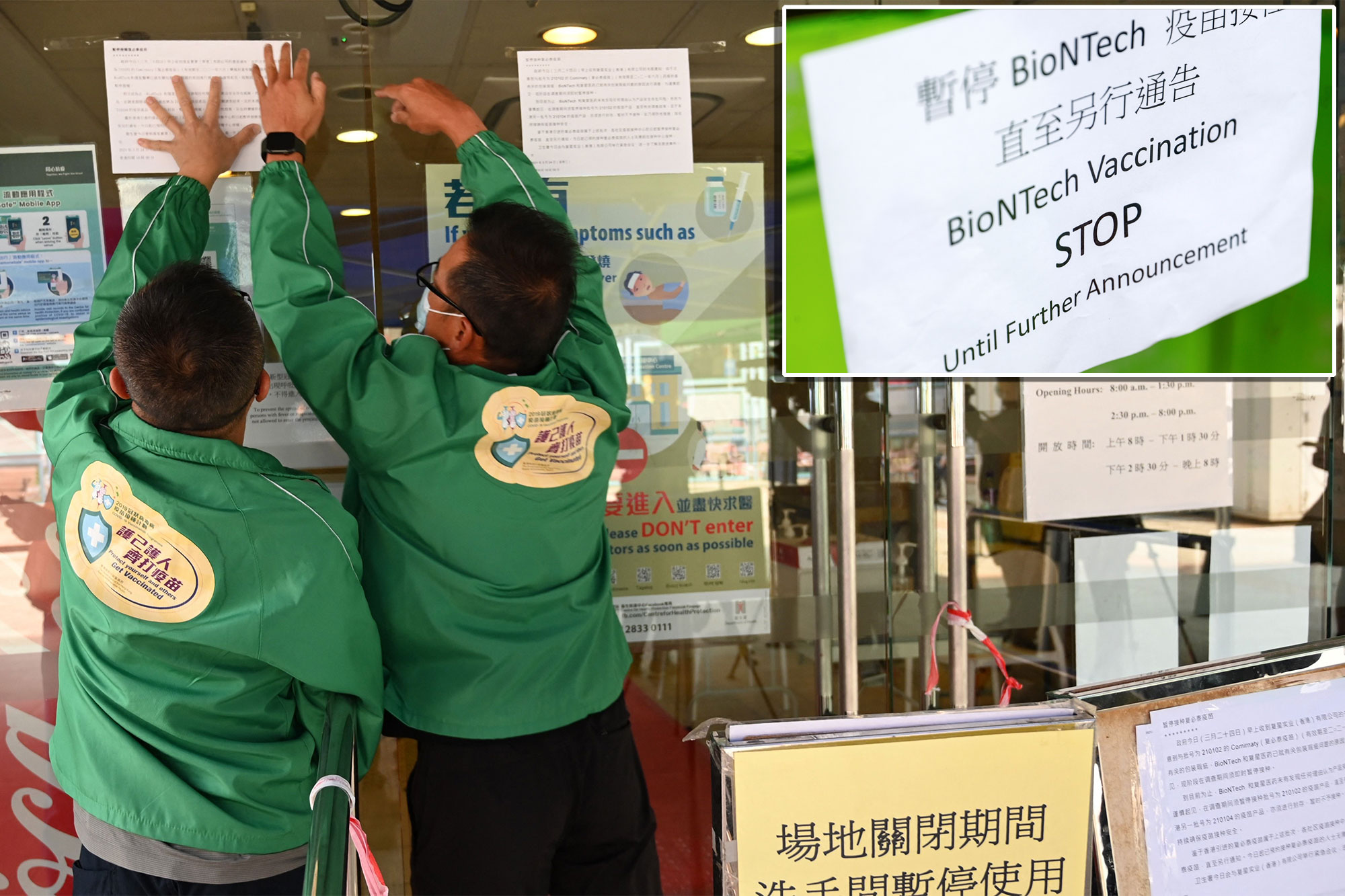 Hong Kong officials banned the use of Pfizer’s COVID-19 vaccine Wednesday after a distributor informed the city’s government a shipment of the company’s vials had defective lids.

Chinese officials immediately implemented a ban on the vaccine while Fosun Pharma and BioNTech, who helped create the vaccine along with Pfizer, began an immediate investigation, according to a report.

“For the sake of precaution, the current vaccination must be suspended during the period of investigation,” the Hong Kong Government said in a statement.

Fosun Pharma and BioNTech maintain that despite the defective lids, the vaccines from batch 210102 are not unsafe, according to ABC News.

Community centers administering the Pfizer jab have stopped using the particular vaccine and switched to one produced by Sinovac — the only other vaccine currently being offered in China.

As of Tuesday, 150,200 people in Hong Kong had already received the first dose of Pfizer and 252,800 had taken the Sinovac jab.

Hong Kong officials have asked those people with appointments to get the Pfizer dose on Wednesday to stay home.