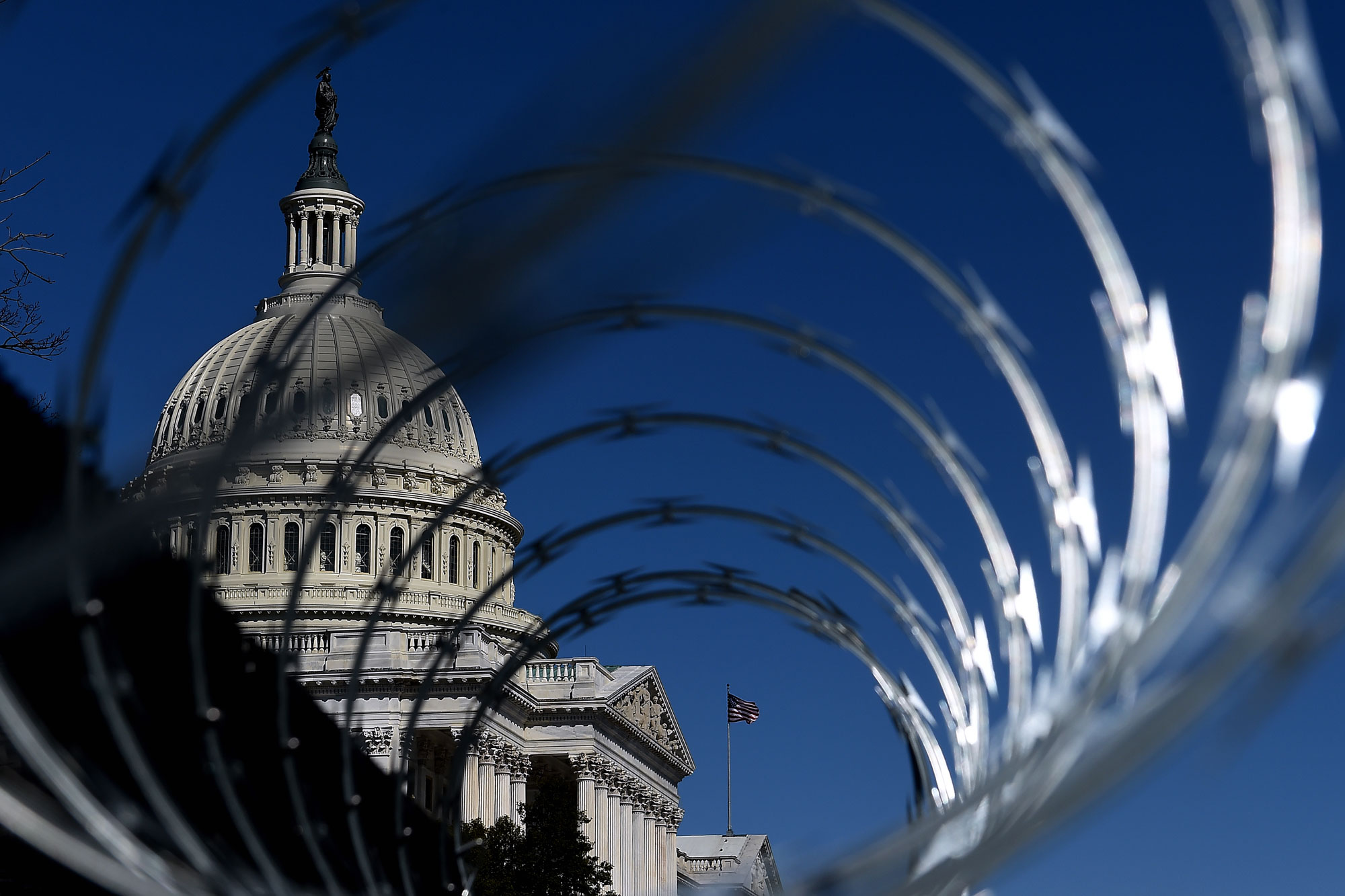 A US Capitol Police officer was suspended on Monday after an anti-Semitic document was found near his work area, the department said.

A congressional aide spotted a printed copy of the “The Protocols of the Meetings of the Learned Elders of Zion” Sunday at a checkpoint inside an entrance to the Longworth House Office Building.

“As I left my office in Longworth yesterday, I discovered something that, as a Jew, horrified me. At the United States Capitol Police security checkpoint, someone had left vile anti-Semitic propaganda in plain sight,” Zach Fish, the chief of staff for New York Rep. Mondaire Jones tweeted Monday.

The Washington Post, which first reported the story, said they provided photos of the tract sitting on table in Longworth to Capitol Police on Monday.

Acting Chief Yogananda D. Pittman said she had suspended the officer pending an investigation “after anti-Semitic reading material was discovered near his work area on Sunday.”

“We take all allegations of inappropriate behavior seriously,” Pittman said in a statement. “I immediately ordered the officer to be suspended until the Office of Professional Responsibility can thoroughly investigate.”

Originally published in the 20th century, the vile tract has become a staple text of white supremacist groups. It is described as “a classic in paranoid, racist literature,” by the Anti-Defamation League.

The US Department of State, in a 2004 report, said that “the clear purpose of the [document is] to incite hatred of Jews and of Israel.”

The copy found in the congressional office building “was tattered and over two years old,” Fish said on Twitter.

He wondered if the document had been passed around, why the cop had felt comfortable leaving it in plain sight and how many others on the force shared those beliefs.

The department has been under scrutiny since the deadly Jan. 6 riot when hundreds of supporters of former President Donald Trump stormed the Capitol in an effort to block the certification of President Biden’s election victory.

“This is both a national security problem and a workplace safety problem,” Fish wrote. “Our office is full of people — Black, brown, Jewish, queer — who have good reason to fear white supremacists. If the USCP is all that stands between us and the mob we saw on Jan. 6, how can we feel safe?”