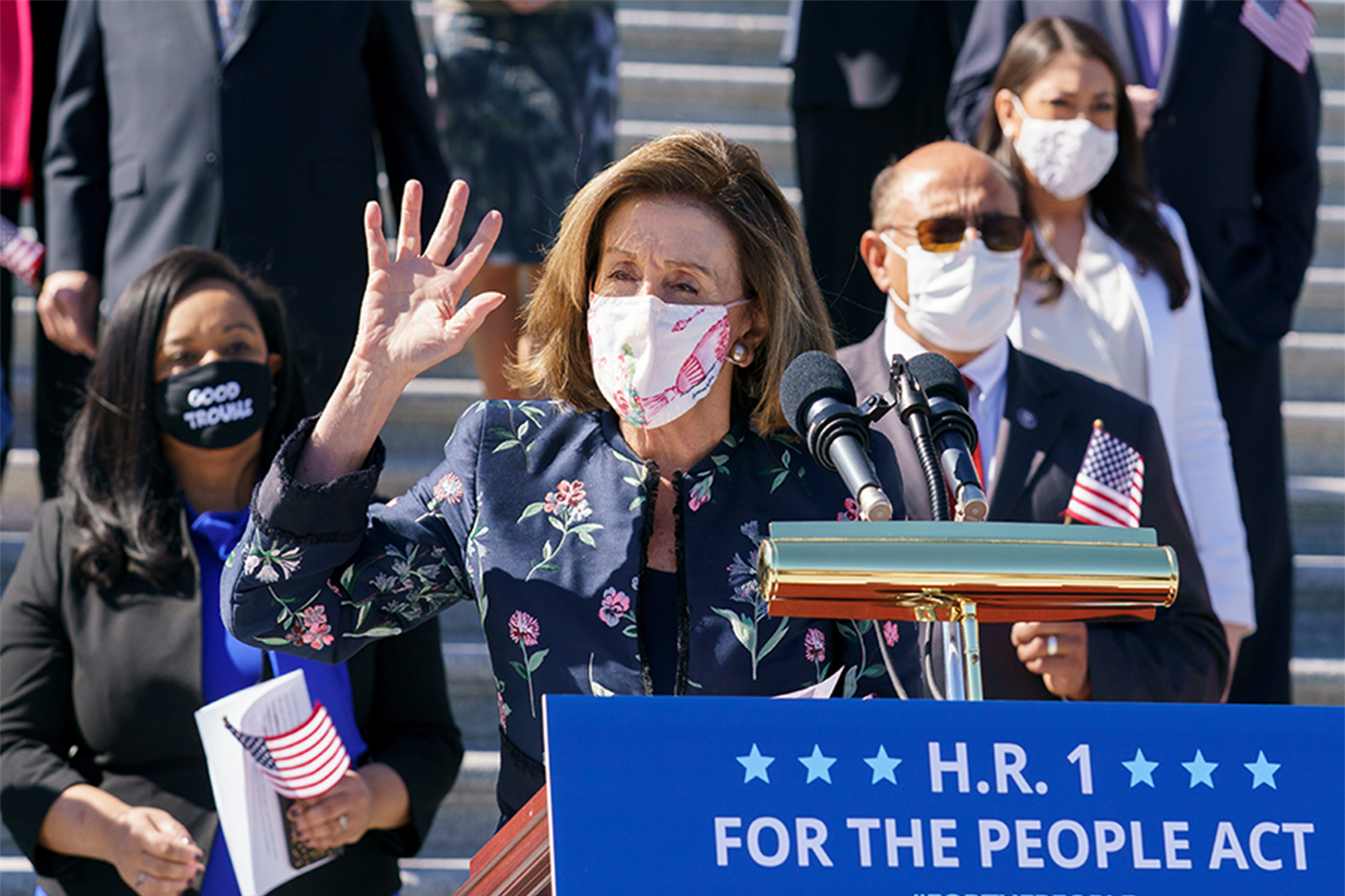 The For the People Act, also known as House Resolution 1, was approved along party lines on a 220-210 vote.

The legislation aims to lower voting barriers, expand access to the polls, put an end to partisan gerrymandering and set up public funding for congressional races.

It would also require states to offer mail-in ballots, same-day voter registration and a minimum of 15 days of early voting.

“What we are doing in this fight that we’re engaged in is to empower the people. This is called the For The People bill,” House Speaker Nancy Pelosi said at an event on the Capitol steps before the vote.

“And in doing so, we combat big, dark, special-interest money in politics and amplify the voice of the American people,” she added.

Republicans have previously slammed the measure saying it would ultimately benefit Democrats through higher turnout.

“Democrats want to use their razor-thin majority not to pass bills to earn voters’ trust, but to ensure they don’t lose more seats in the next election,” House Minority Leader Kevin McCarthy said on the House floor Tuesday.

The Biden administration — which has been a strong proponent of the bill — praised the policy’s approval.

“In the wake of an unprecedented assault on our democracy, a never before seen effort to ignore, undermine, and undo the will of the people, and a newly aggressive attack on voting rights taking place right now all across the country, this landmark legislation is urgently needed to protect the right to vote and the integrity of our elections, and to repair and strengthen American democracy,” the White House said in a statement.