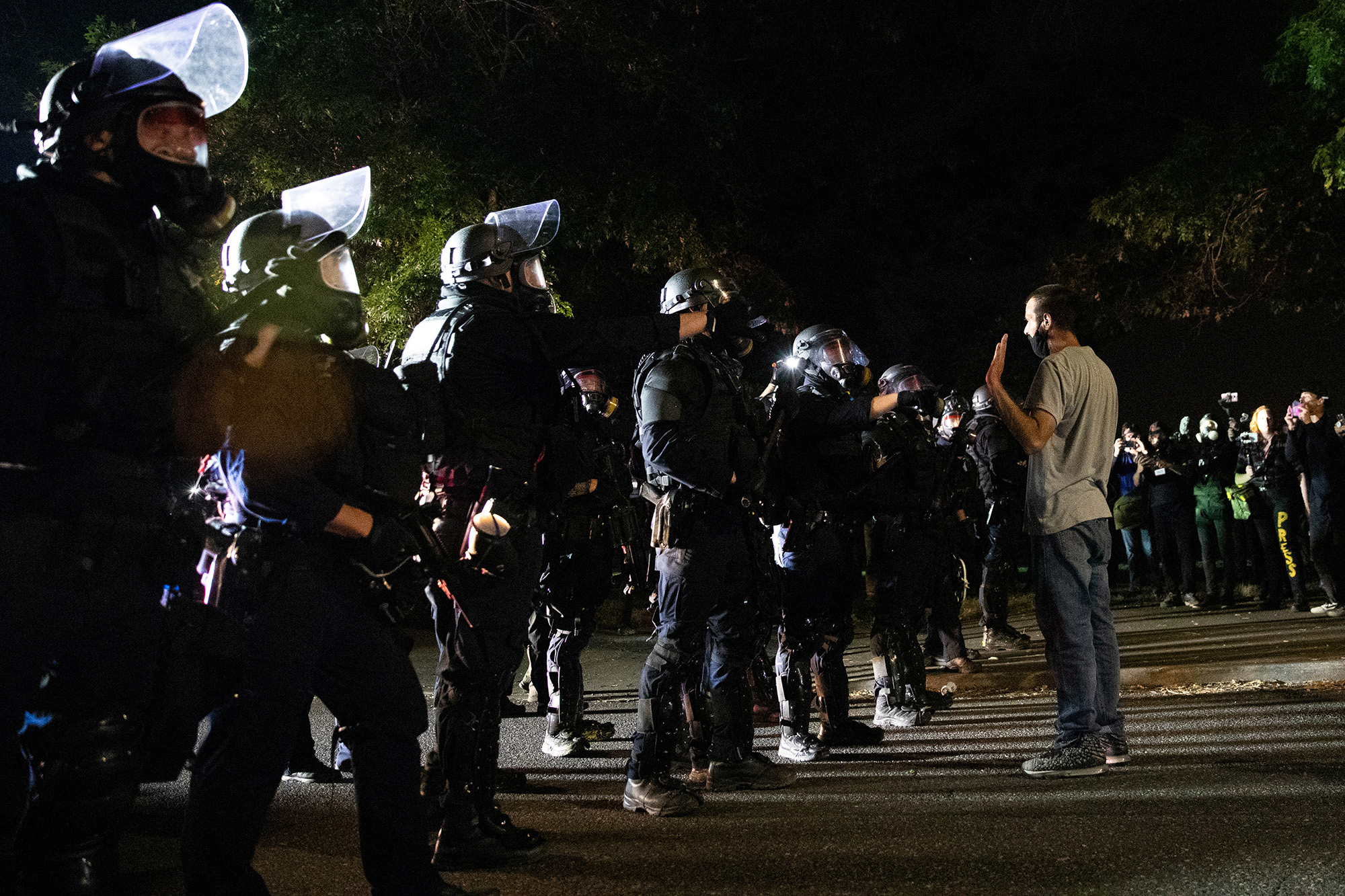 Protesters smashed up several businesses during the latest night of destruction in Portland, Oregon — with fed-up locals screaming at them to “go home,” according to reports.

Around 150 black-clad protesters marched through the troubled City of Roses late Saturday, trashing businesses during “direct action” against Immigration and Customs Enforcement, the Oregonian said.

A security car was completely destroyed, according to one video on social media — while another clip showed the mob shining lights at diners as they banged against the windows.

It was the worst violence in weeks in the city which saw almost constant destruction last year.

Many locals appeared to have had enough, with KOIN News reporter Jennifer Dowling catching one local ticking off a protester shouting “police go home” by yelling, “You go home!”

“Ten years from now, what are you gonna do? Keep doing the same thing?” a shirtless man screamed at the mob from his balcony, according to videographer Brendan Gutenschwager.

Some businesses caught wind of the planned action and boarded up windows before the protest, FOX 12 noted, while others were filmed doing so once the vandalism started.

A 17-year-old juvenile was among two people arrested, police said — while suggesting there would have been more but “police response was constrained by multiple shooting incidents happening across the city.”

The teen was released to his parents after being charged with interfering with a peace officer and third-degree escape, police said, with elaborating.

It was at least the third time he has been arrested during the ongoing Portland protests, but he was issued a criminal citation and released due to current COVID-19 booking restrictions at the Multnomah County Detention Center, KOIN News said.