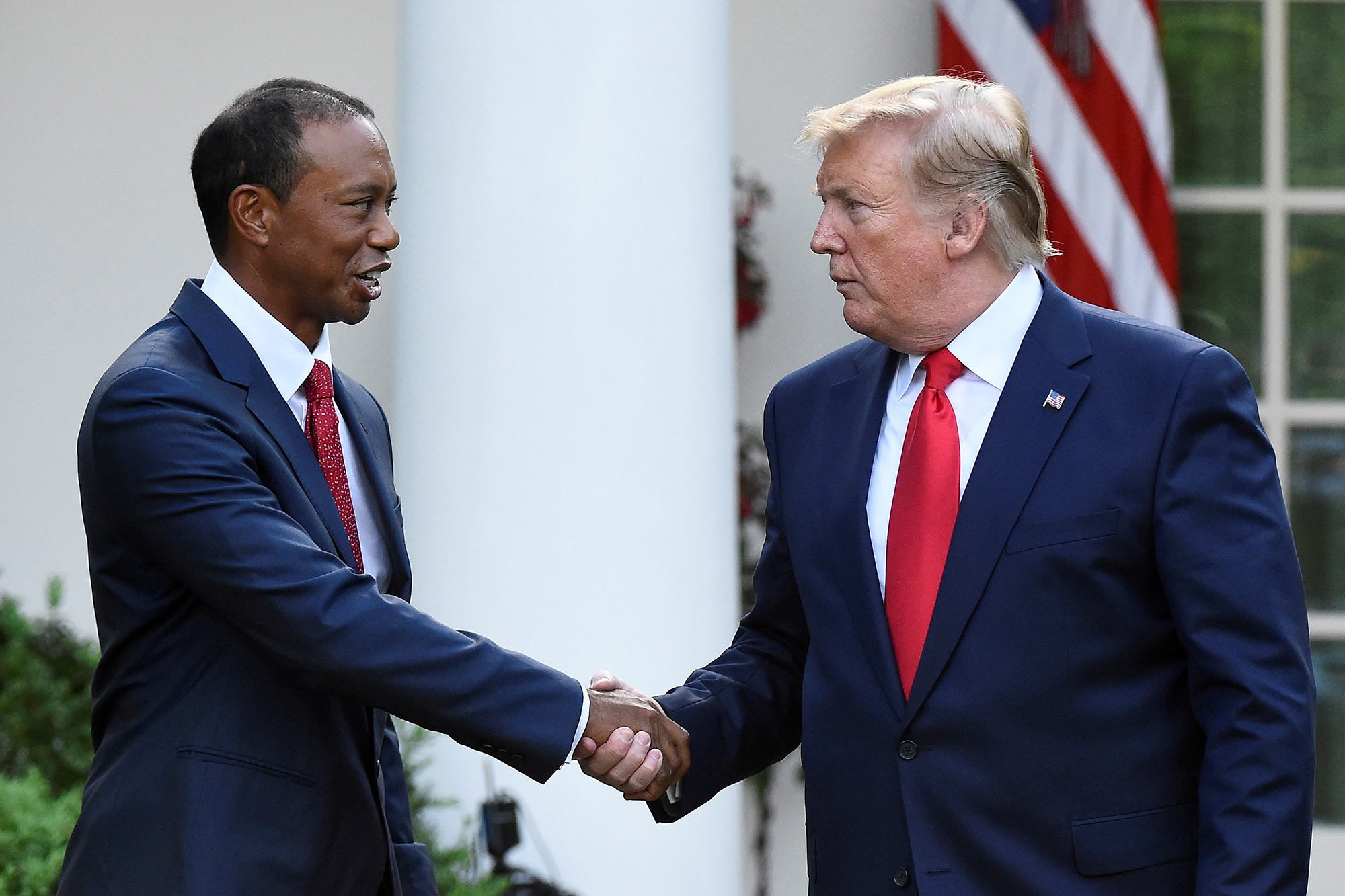 Trump spoke to Fox News about the golf legend after Woods severely injured his legs during a high-speed roll-over crash in his SUV outside Los Angeles earlier on Tuesday.

Trump has had a close relationship with Woods, golfing with the Masters champ several times during his presidency.

The president also awarded Woods a Presidential Medal of Freedom in 2019.

“Because it was Tiger, everyone wanted to be there. Everyone went crazy,” he told host Katie Pavlich about the ceremony.

“It was a big event. He considered this one of the great honors of his life,” Trump said.

“But now he’ll recover from this. It’s pretty bad on the legs, I understand. He’ll figure out a way. He’s a wonderful person.”