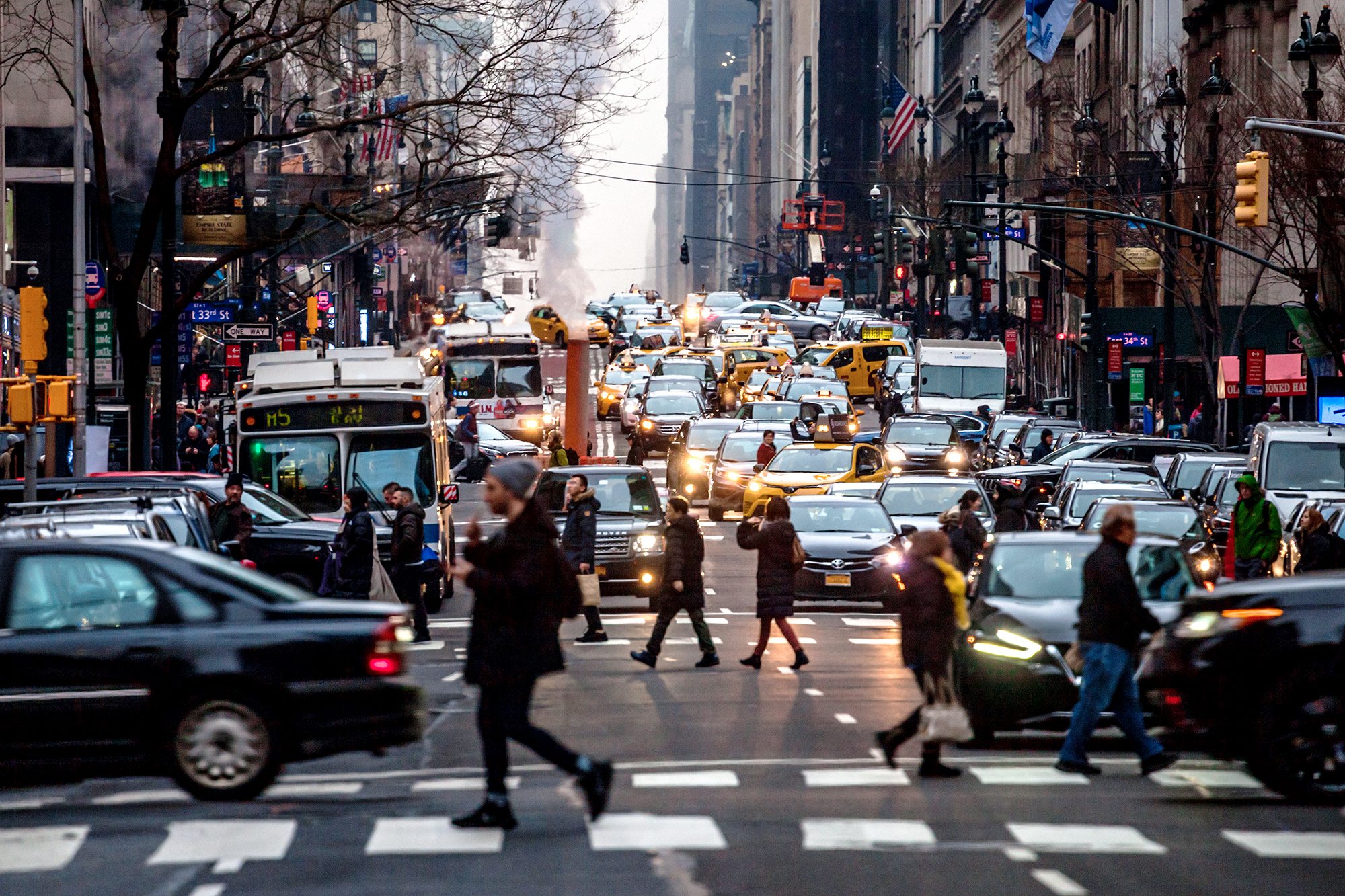 City noise is a real killer.

The din of an urban environment — long been linked to hearing issues — can also lead to a series of heart problems, coming right behind air pollution as a danger to residents, a report said.

Over the last ten years, a growing body of evidence has revealed the trauma noise exposure can inflict, including strokes and nighttime mortality, the Atlantic reported Sunday.

A 2018 study in Noise & Health examining the health data of more than 1 million people found those living near the Frankfurt airport in Germany are as much as 7 percent more likely to have a stroke than people who live in quieter neighborhoods, the outlet reported.

An analysis published in the European Heart Journal examined about 25,000 cardiovascular deaths between 2000 and 2015 and found people who live near Zurich’s airport, especially women, had a significant increase in nighttime mortality following airplane flyovers.

The World Health Organization calculated the number of premature deaths that were directly related to noise exposure and found in 2018 that Western Europeans are collectively losing more than 1.6 million years of healthy life as a result of traffic din.

Mathias Basner, a University of Pennsylvania psychiatrist and epidemiologist and the president of the International Commission on the Biological Effects of Noise, said the research is “really coming together and painting a picture of the problem,” which his colleagues call a “silent killer.”

Scientists are starting to figure out how noise impacts the heart and it comes down to the endothelium, the inner lining of blood vessels and arteries. As loud noise registers in the brain, especially during sleep, the amygdala turns on its stress response, which floods the body with hormones like adrenaline and cortisol, even when the person isn’t aware of the noise.

This raises blood pressure and leads to inflammation in the blood vessels, which impacts blood flow and negatively impacts other processes that can contribute to a host of cardiovascular illnesses like high blood pressure, diabetes, obesity and plaque buildup in the arteries.

Scientists are finding prolonged exposure to noise isn’t necessary to have an impact and it can also affect people who aren’t predisposed to cardiovascular issues. Studies on people and mice revealed the inner lining of blood vessels and arteries didn’t function properly after only a few days of exposure to nighttime airplane-noise, the outlet reported.

“We were surprised that young people, after hearing these sounds for just one night, had endothelial dysfunction,” Thomas Münzel, a cardiologist at the University Medical Center of Mainz who examines the impact of noise on the heart, told the outlet.

“We always thought this was something that takes years to develop.”

To stave off the health impacts of noise, people should make sure their bedrooms are as quiet as possible — they can hang noise-reducing curtains, update their windows and wear ear plugs at night. Basner said even if people don’t find themselves fazed by noise, they should still take steps to reduce their exposure to it.

“If you’re living in Manhattan, you won’t notice how loud it is after a while, because it is normal,” Basner told the outlet.

“But if you have habituated to it psychologically, that doesn’t mean it doesn’t have negative health consequences.”