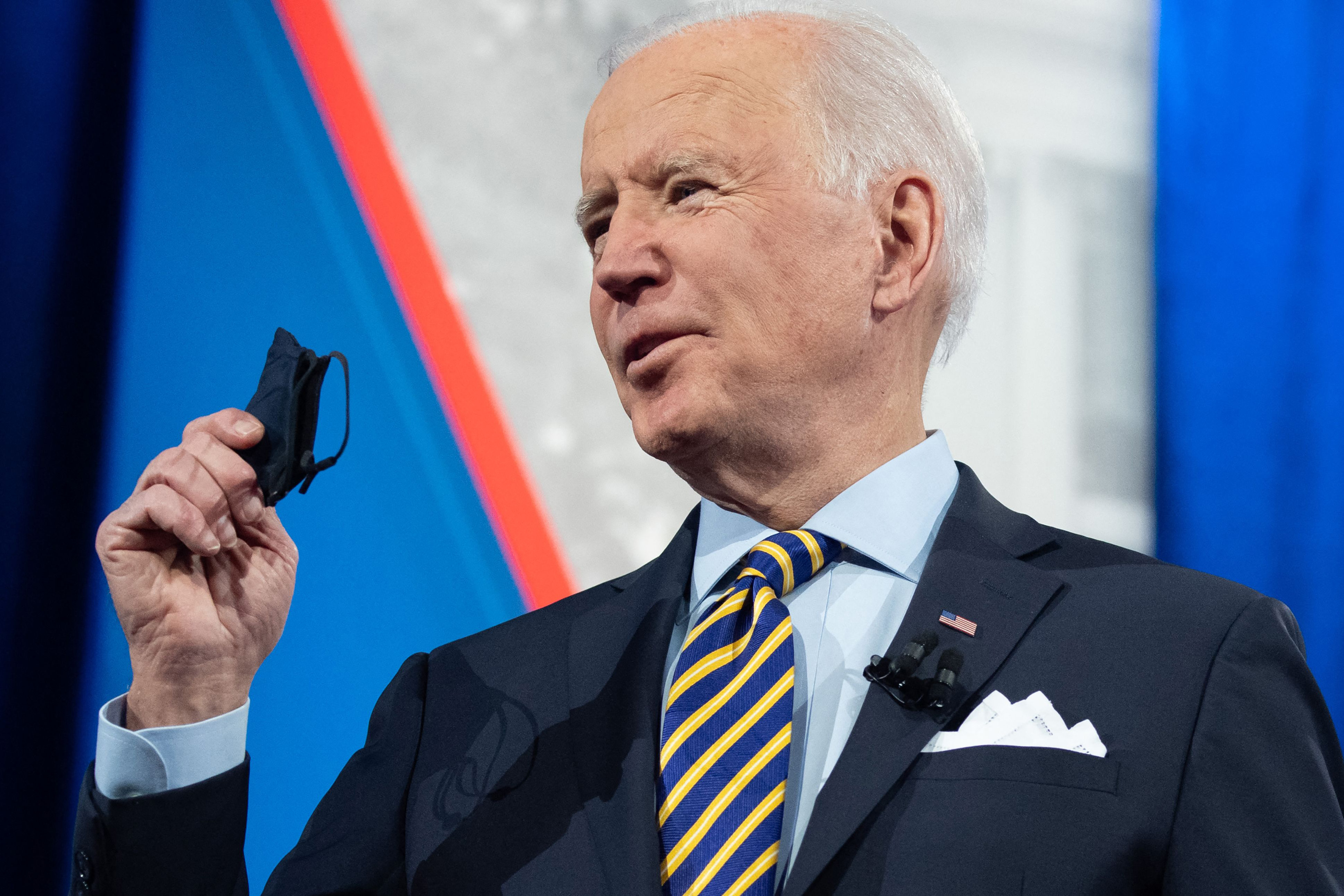 WASHINGTON — President Joe Biden made wistful remarks about the freedom of the vice president’s residence — including the swimming pool in which he reportedly skinny dipped — when asked how he was settling into the White House on Tuesday.

At a CNN town hall in Milwaukee, Wis., host Anderson Cooper asked the new commander in chief how he was liking his new digs at 1600 Pennsylvania Ave. — which Biden swiftly compared to a “gilded cage.”

“I wanted to be president not to live in the White House, but to be able to make the decisions about the future of the country,” Biden said, admitting he had never been inside the White House residence during his eight years as Barack Obama’s vice president.

“So living in the White House, as you’ve heard other presidents who have been extremely flattered to live there say, it’s a little like a gilded cage in terms of being able to walk outside and do things,” he went on.

Biden then said he missed the freedom of the vice president’s official residence, which is on the grounds of the US Naval Observatory in Washington, D.C.

Vice President Kamala Harris and husband Doug Emhoff are living across from the White House while that property is being renovated.

“You’re on 80 acres, overlooking the rest of the city, and you can walk out, there’s a swimming pool, you can walk off the porch in the summer and jump in the pool and go into work.

“You can ride a bicycle around and never leave the property. You can work out, but the White House is very different,” he said.

The pool seemed to be Biden’s favorite part of the residence to the point where his parting remarks to successor Mike Pence and wife Karen in 2014 were, “You’re gonna love the pool,” Karen Pence has said.

A salacious 2014 book based on interviews with Secret Services agents assigned to protect Biden claimed that a then-Veep Biden loved skinny dipping in the pool.

Author Ron Kessler claimed that Biden loved to get in the buff and go for a dip in the pool installed by predecessor Dan Quayle.

“Agents say that, whether at the vice president’s residence or at his home in Delaware, Biden has a habit of swimming in his pool nude,” Kessler wrote in his book, “The First Family Detail: Secret Service Agents Reveal the Hidden Lives of the Presidents.”

In 2010, Biden told reporters that Quayle was his “favorite vice president” because he put in the pool, noting, “my granddaughters love it.”

The pool at the White House is installed behind the Oval Office patio, meaning it would be almost impossible for Biden to go for a naked swim without his staff getting an eyeful.