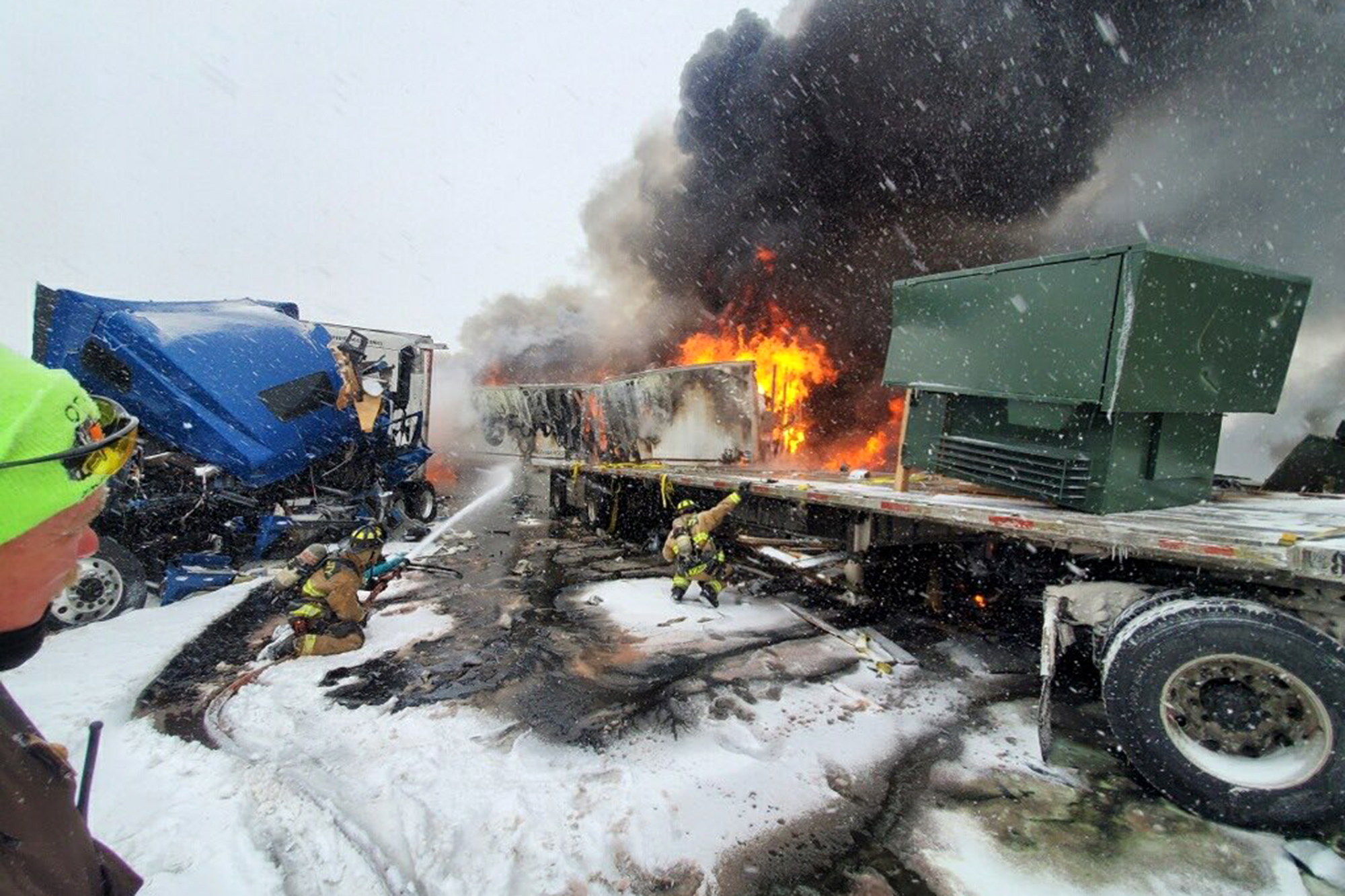 The photos tweeted by state highway officials show an overturned tractor trailer on the westbound lanes of the Turner Turnpike bellowing black smoke as dozens of cars are grinded to a halt in very snowy conditions.

First responders were at the scene treating people injured in the crash, according to KOCO News 5.

Highway patrol officials have discouraged the public from driving in the snowstorm, and said they had already responded 31 collisions by mid-afternoon