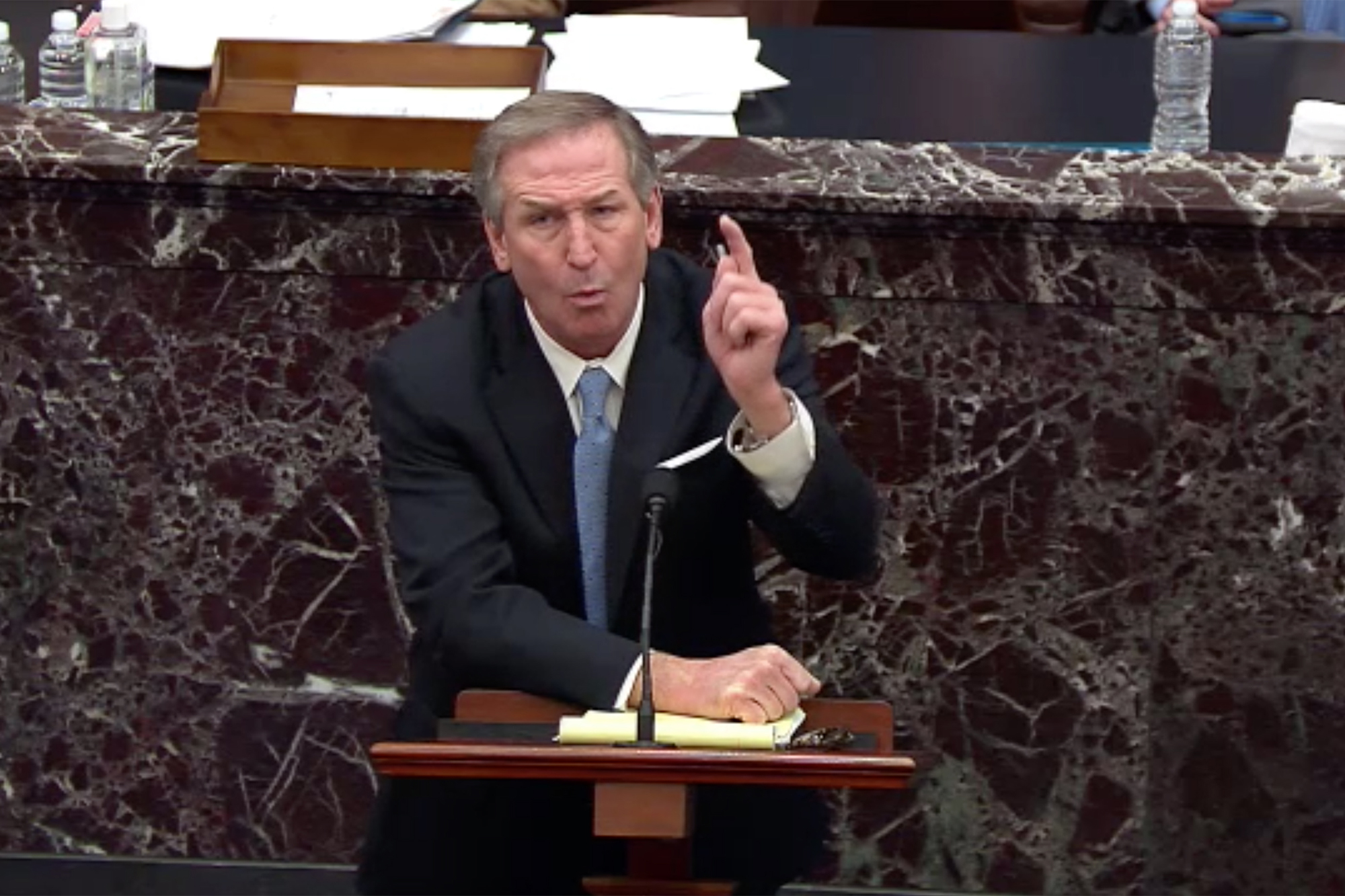 Van der Veen, outraged at a surprise Democratic move for witnesses in the trial, scolded senators for laughing, apparently believing they found the substance of his legal argument humorous rather than his intended or errant slip of the tongue.

The moment of levity came as the trial, which was expected to end after closing arguments on Saturday, drew heated as it was prolonged by the request for at least one witness.

Sen. Patrick Leahy (D-Vt.), who is presiding over the Senate trial, called on senators to compose themselves.

“I would remind everybody that we will have order in the chamber during these proceedings,” Leahy said.

Van der Veen told senators, “I haven’t laughed at any of you. And there’s nothing laughable here.”

He added: “You mentioned my client coming in to testify. That is not the way it’s done. If he wanted to talk to Donald Trump, he should have put a subpoena down, like I’m gonna slap subpoenas on a good number of people. Witnesses are what is required here for them to try to get their case back in order.”

After a 55-45 vote to allow witnesses, senators are discussing a deal on particular people to depose with knowledge of Trump’s actions during the Capitol riot, which he is accused of inciting.

A simple majority is required to call specific witnesses. Some witnesses were deposed as part of President Bill Clinton’s 1999 Senate trial but no witnesses were called last year for Trump’s first trial for allegedly abusing his power by asking Ukraine to investigate now-President Biden and his son Hunter.