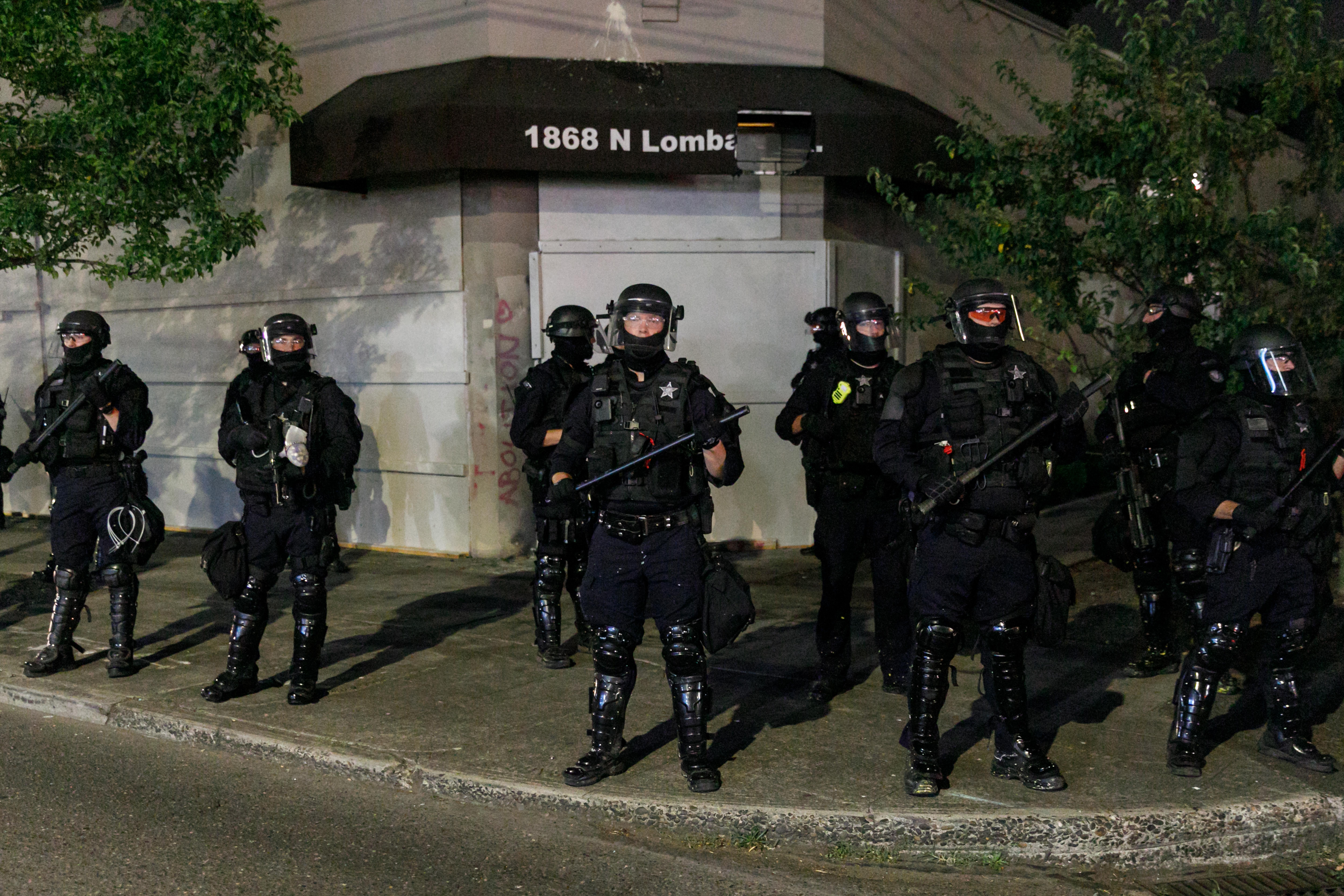 Portland protesters wreaked havoc at a police union building on Wednesday night vandalizing the joint and attempting to break down the door, authorities said.

The group targeted the offices of the Portland Police Association, forcing over a dozen city cops to be rerouted to the scene, according to authorities.

Portland police warned the protesters to back off or face possible arrest.

At about 7:20 p.m., two hours after police first announced the protest, the group dispersed with no arrests made.

The protesters were not able to breach the building.

Police said there were no reported injuries. A total of 15 cops responded to the building.