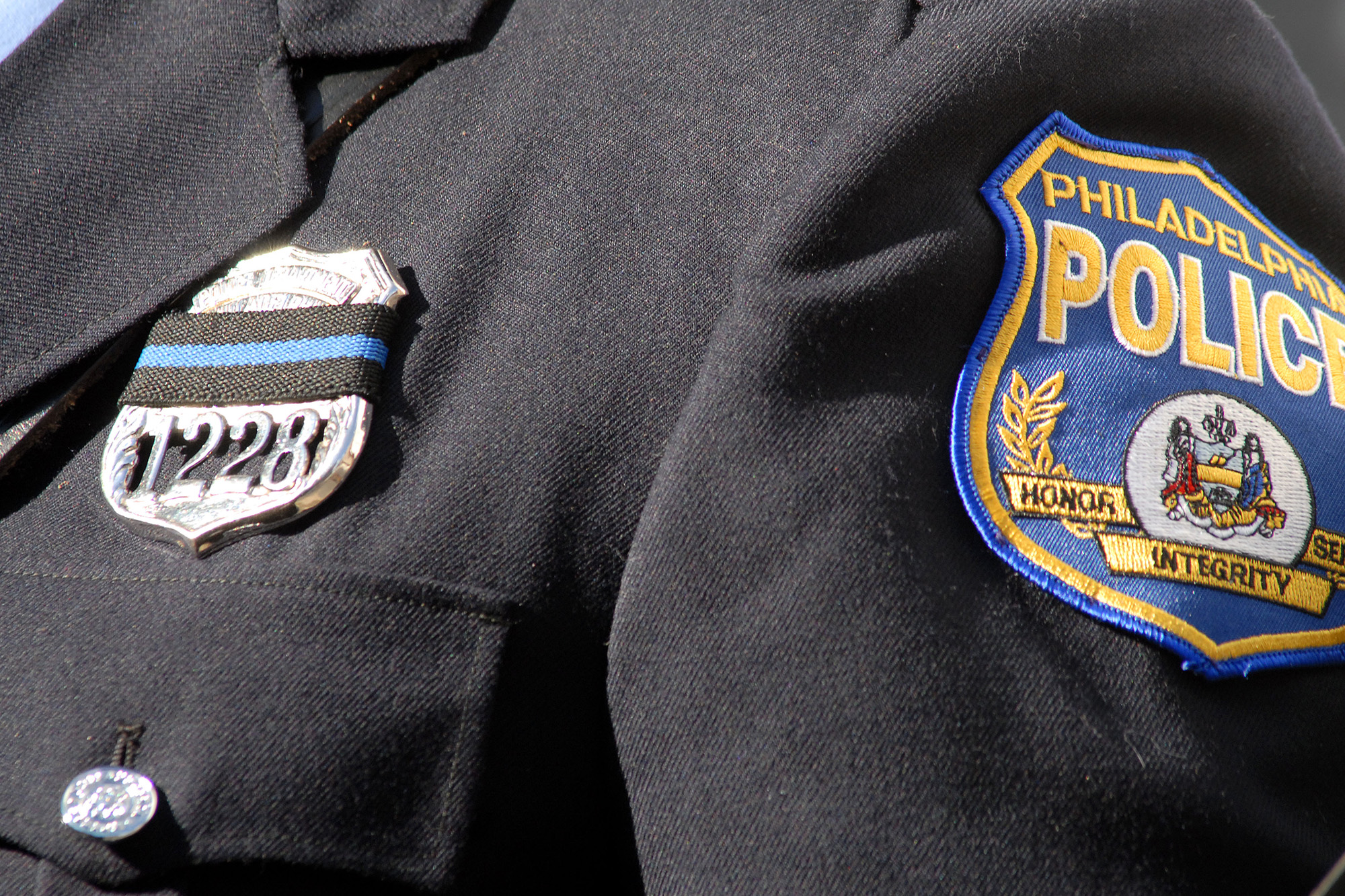 An off-duty, allegedly drunk Philadelphia cop plowed into a home and pinned a woman beneath his car, critically injuring her and killing her dog, police said.

Gregory Campbell, 27, was behind the wheel of a silver 2014 Dodge Dart late Saturday when he lost control of the car and “went airborne” before crashing into a home in northeast Philadelphia, trapping a 53-year-old woman beneath the vehicle, police said.

The woman, who was knocked unconscious, was rushed to a hospital, where she was listed in critical condition. A second resident of the home, a 45-year-old man, was also hurt with injuries to his arm, hand, hip and leg, as well as “road rash” on his back, police said.

“The consequences of choosing to drive while under the influence are enormous, and all too often, life-changing,” Police Commissioner Danielle Outlaw said in a statement. “A family should always feel safe in their home, and yet the actions of this individual shattered that reality. The fact that the offender, in this case, is a Philadelphia police officer is appalling.”

Outlaw said all officers, even those who are off-duty at the time, are held to a “higher standard” while vowing a “complete and thorough” investigation into the single-vehicle wreck.

“My prayers remain with this family,” Outlaw’s statement continued.

One of the dogs hurt in the crash later died from its injuries, the Philadelphia Inquirer reported. The other animal was being treated by a veterinarian, investigators told the newspaper.

Campbell, who was assigned as an officer in the city’s 14th District, was arrested on charges of DUI, aggravated assault and related counts in the crash. He had a cut on his head following the wreck and was taken to a hospital for observation, police said.

Campbell had been placed on restrictive duty as of Monday pending the outcome of the criminal probe, a police spokesman told The Post.

The female homeowner, meanwhile, was still listed in critical condition Sunday, while her husband was stable, the Inquirer reported.

A neighbor of the couple told WPVI he heard the crash from two doors down and helped the injured man dig through rubble to find his critically wounded wife.

“He was screaming that his wife was stuck underneath of the car and that he needed to move the car in order to get to her,” neighbor Martin Brown told the station. “He dropped to his knees. He was petting her hair, telling her he was there and ‘it’s going to be all right.’”

Campbell was arraigned late Sunday and his bond was set at $40,000, WPVI reported.