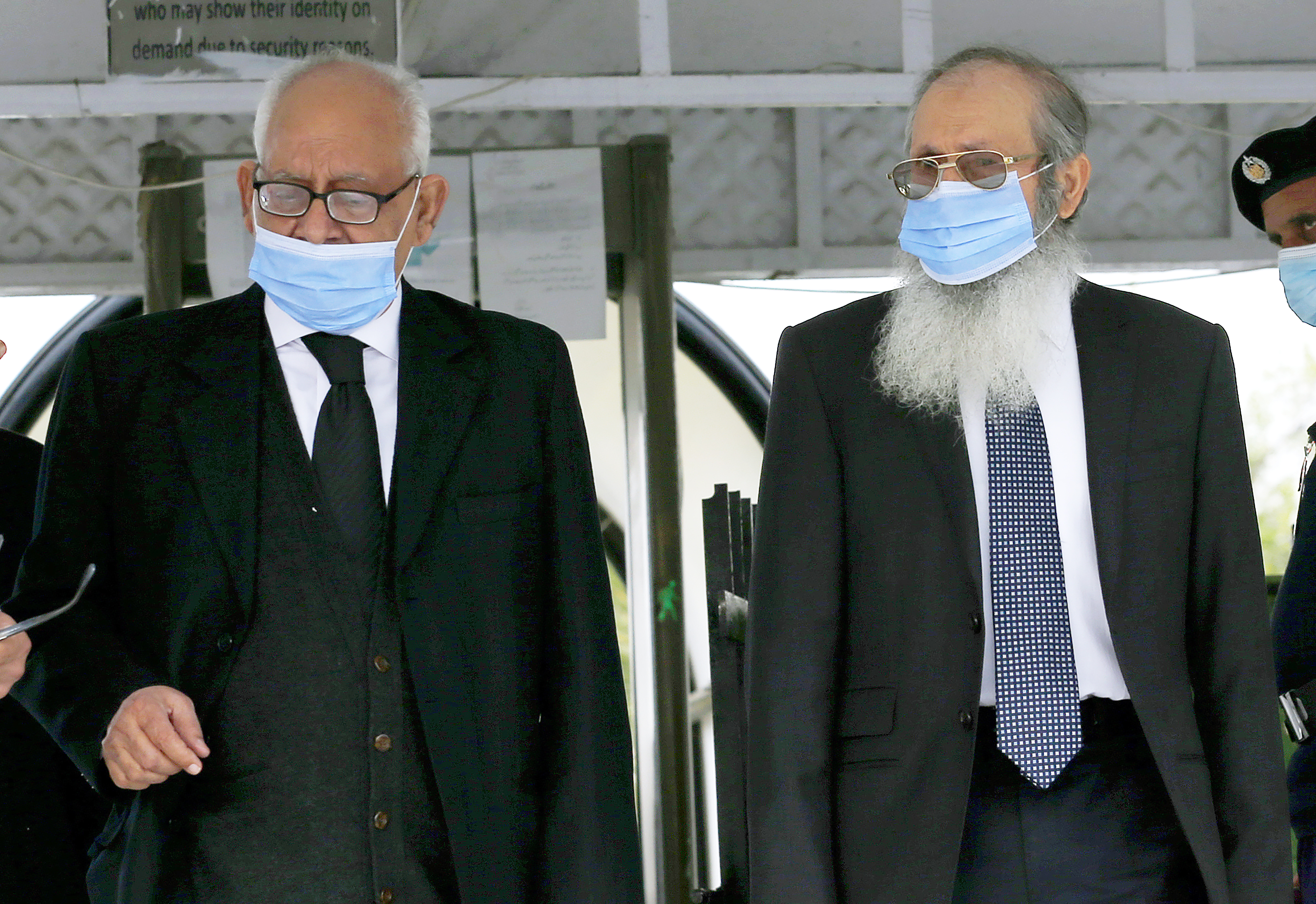 Ahmad Saeed Omar Sheikh, who has been on death row for 18 years, will be under guard and will not be allowed to leave the safe house, but he will be able to have his wife and children visit him.

“It is not complete freedom. It is a step toward freedom,” said Sheikh’s father, Ahmad Saeed Sheikh, who attended the hearing.

The Pakistan government has been scrambling to keep Sheikh in jail since a Supreme Court order last Thursday upheld his acquittal in the death of Pearl, triggering outrage by Pearl’s family and the U.S. administration.

In a final effort to overturn the acquittal, Pakistan’s government as well as the Pearl family have filed an appeal to the Supreme Court, asking it to review the decision to exonerate Sheikh of Pearl’s murder.

The Pearl family lawyer, Faisal Sheikh, however, has said that such a review has a slim chance of success because the same Supreme Court judges who ordered Sheikh’s acquittal sit on the review panel.

The U.S. government has said that it would seek Sheikh’s extradition if his acquittal is upheld. Sheikh has been indicted in the United States on Pearl’s murder as well as in a 1994 kidnapping of an American citizen in Indian-ruled sector of the divided region of Kashmir. The American was eventually freed.

In the government-run safe house, Sheikh will be under a 24-hour guard — often military personnel — and will not be allowed to leave the house. Locations of such safe houses are usually kept secret; Pakistan’s security establishment has several such facilities across the country.

Pearl disappeared on Jan. 23, 2002, in the port city of Karachi where he was investigating links between Pakistani militant groups and Richard C. Reid, dubbed the “shoe bomber” after his attempt to blow up a flight from Paris to Miami with explosives hidden in his shoes.

The order sending Sheikh to a safe house would seem to be a concession to the federal government, as well as the government of southern Sindh province where Karachi is the capital. The Sindh government has refused successive orders to release Sheikh, even courting contempt charges from lower courts.