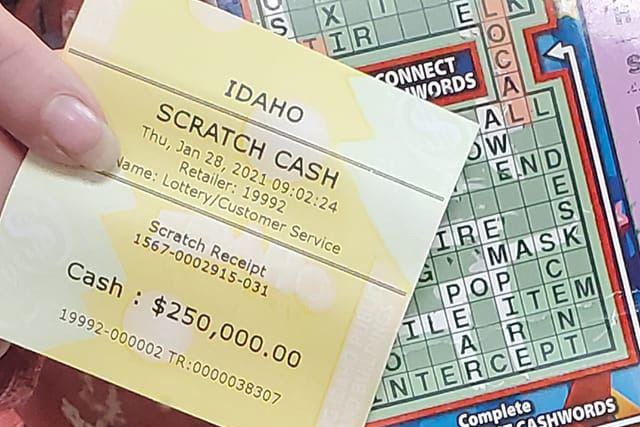 Bryan Moss, from the city of Meridian, raked in the top $250,000 prize on an Idaho Lottery scratch-off ticket, officials said.

Moss, who owns a nutrition store in his hometown, said in a statement that he routinely plays the lottery to support Idaho schools.

His win, which he claimed last Thursday, is higher than his previous five lotto prizes, according to a press release from the Idaho Lottery.