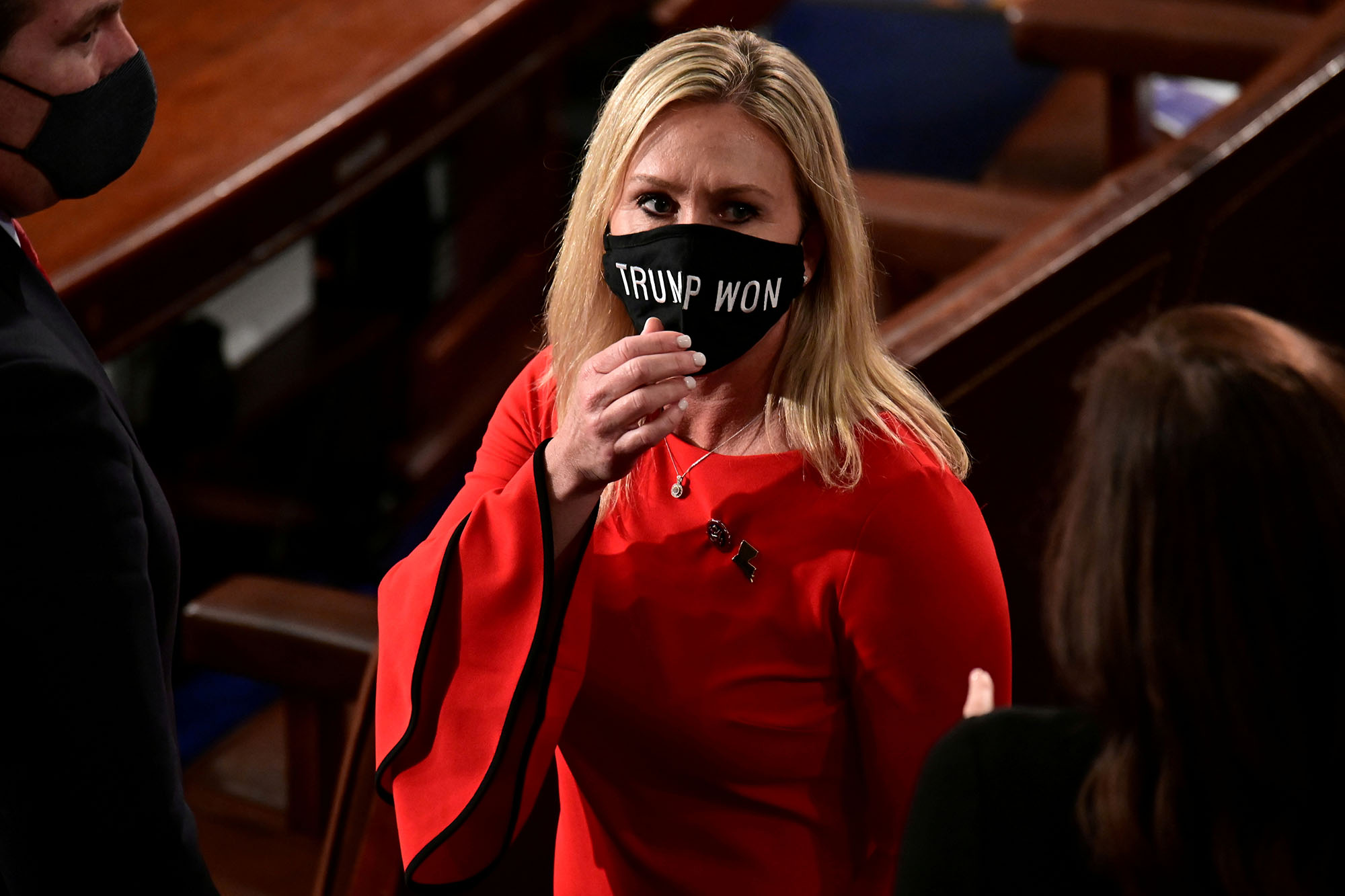 The two-page bill reads: “Representative Marjorie Taylor Greene should be removed from her committee assignments in light of conduct she has exhibited.”

It doesn’t cite specific offenses to justify removal, but Democrats have blasted the just-sworn-in congresswoman for a litany of remarks reflecting either strident political rhetoric or open-mindedness to conspiracy theories.

Hoyer said in a statement, “It is my hope and expectation that Republicans will do the right thing and hold Rep. Greene accountable, and we will not need to consider this resolution. But we are prepared to do so if necessary.”

Some reports say that Hoyer gave McCarthy 72 hours to make up his mind.

Expulsion from the House requires a two-thirds vote and is considered unlikely.

Democrats have used Greene’s conduct to suggest Republicans are too close to unhinged political figures following the Jan. 6 Capitol riot, but Republicans have sought to avoid a showdown on Greene in favor of reunifying the party.

Enraging Democrats, Greene has floated the possibility that mass-shootings are “false flag” operations by gun control advocates and said it’s possible the 9/11 attack on the Pentagon wasn’t the result of a hijacked airplane.