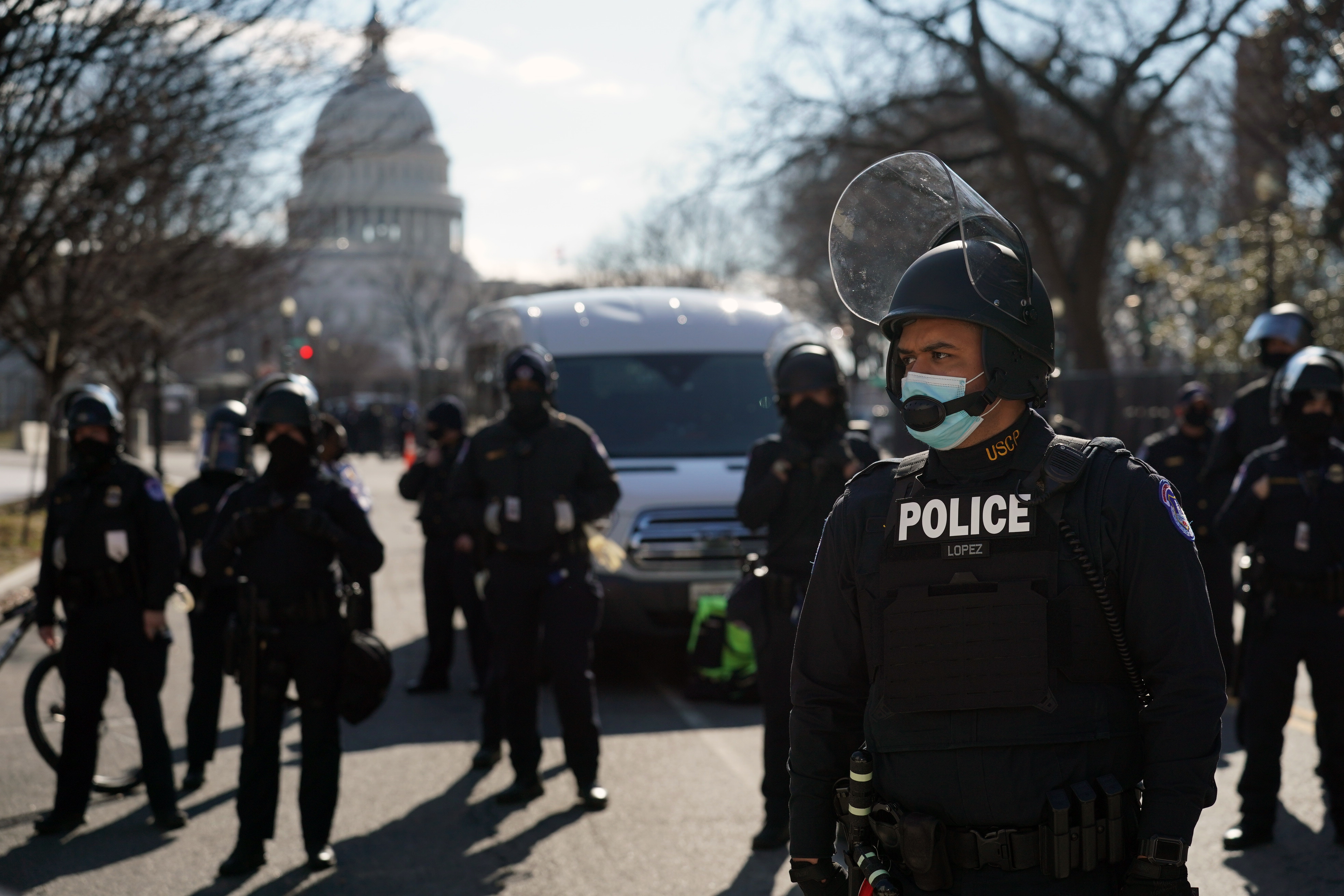 A spike in coronavirus cases is among the far-reaching implications of the deadly Jan. 6 uprising at the Capitol.

Nearly 200 law enforcement and military members who responded to the riot have since tested positive for COVID-19, according to CBS News.

About 150 National Guard members and 38 Capitol Police officers have contracted the virus after being in close proximity with unmasked rioters who did not practice social distancing when breaching the government building, the network reported.

25,000 National Guard members poured into Washington to shore up the Capitol for President Biden’s inauguration, many of them forced to sleep in close quarters on the floor of the building.

At least three members of Congress – Representatives Brad Schneider, Pramila Jayapal and Bonnie Watson Coleman – also tested positive after the attack, after lawmakers were forced to shelter together in a secure location on Capitol Hill.

Jayapal blamed her illness on some Republican colleagues who did not wear masks while hunkering down with their colleagues to avoid attack.

“Only hours after President Trump incited a deadly assault on our Capitol, our country, and our democracy, many Republicans still refused to take the bare minimum COVID-19 precaution and simply wear a damn mask in a crowded room during a pandemic — creating a superspreader event on top of a domestic terrorist attack,” the Washington Democrat said on Jan. 12.

More than 120 suspects have been arrested by federal authorities for participating in the violent siege.

The FBI promises to make hundreds of additional arrests.