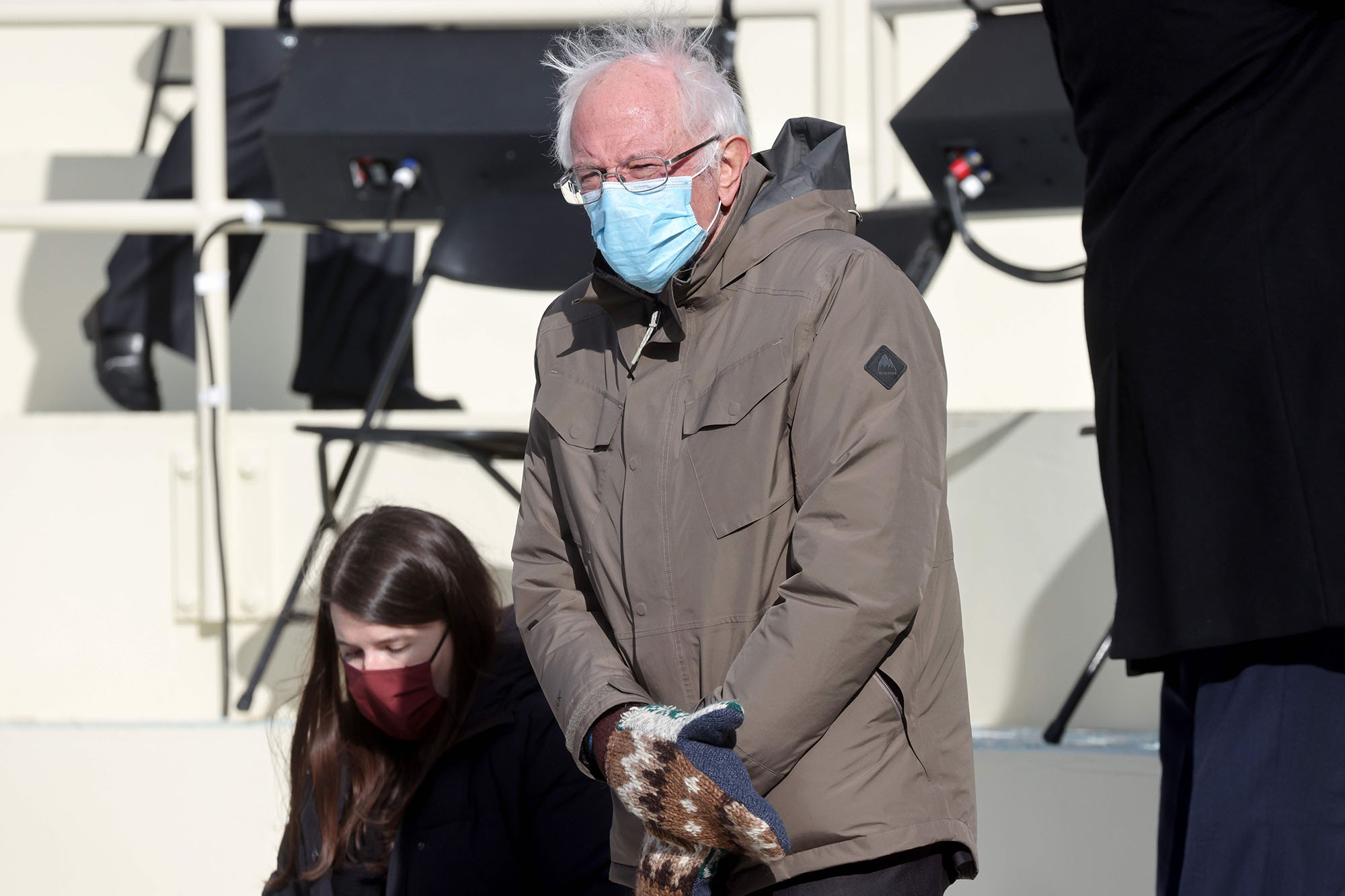 Sen. Bernie Sanders is standing by his viral outfit choice at Wednesday’s inauguration as photos of his look continue to coat the internet.

Speaking to CBS Wednesday, Sanders (I-Vt.) discussed his decision to dress for function instead of for fashion.

“In Vermont, we dress warm — we know something about the cold, and we’re not so concerned about good fashion. We want to keep warm, and that’s what I did today,” the liberal pol told anchor Gayle King.

The 2020 Democratic presidential primary runner-up has been turned into an internet meme in the 24 hours since donning a dark brown puffy jacket and hand-knitted mittens at the otherwise formal inaugural affair.

The typical inauguration attire would include a formal overcoat, as opposed to the parka.

The mittens, which featured a brown and light grey pattern, would not usually be considered inaugural attire either.

Still, the look has earned the hearts of the internet, with the mittens even being given their own Twitter account.

Users on nearly every social media platform have opined wanting a pair of the knit mittens for themselves.

Unfortunately for those looking to snag a pair for themselves, they aren’t for sale.

Sanders was gifted a pair within the last few years by Jen Ellis, a Vermont teacher.

Ellis tweeted in Jan. 2020, when Sanders was repeatedly spotted wearing them on the campaign trail, “They are made from repurposed wool sweaters and lined with fleece (made from recycled plastic bottles).”

Speaking to Jewish Insider after the mittens went viral Wednesday, Ellis said she won’t be able to fulfill the thousands of order requests she’s received, saying that her pieces are too one of a kind to be mass marketed.

“I hate to disappoint people, but the mittens, they’re one-of-a-kind and they’re unique,” Ellis said of the “swittens,” so called because they are mittens made out of recycled sweaters.

“I have no more mittens for sale,” she wrote on her Twitter when hit with more requests.