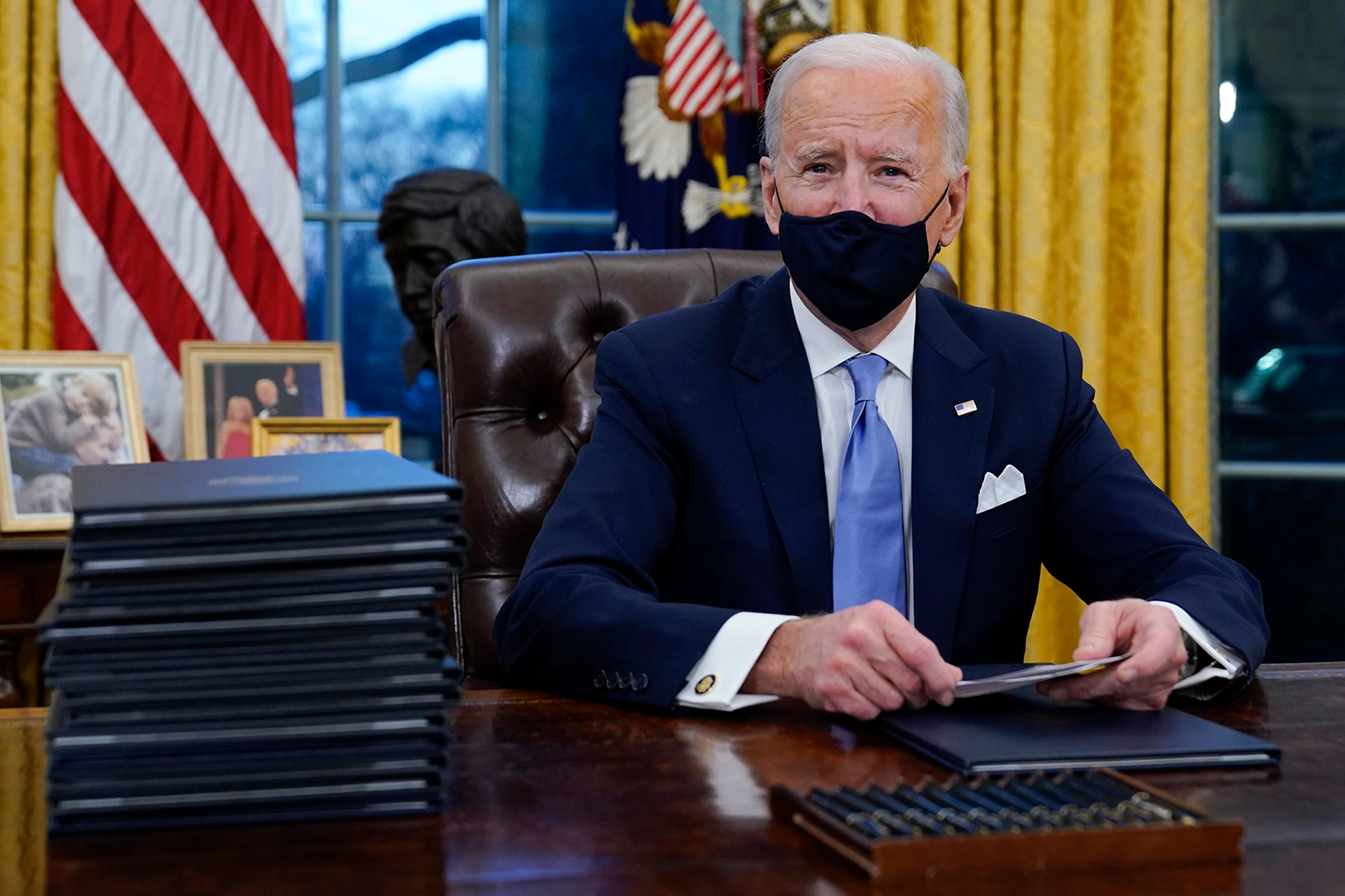 A tired-sounding Biden, 78, signed orders re-joining the Paris Climate Accord, promoting “racial equity” in healthcare and other areas and requiring anti-COVID-19 masks be worn in federal buildings.

Biden had been expected to sign up to 17 executive orders on Wednesday afternoon, most of them overturning directives of his predecessor Donald Trump. He said in the Oval Office that additional orders would come “over the next several days to week.”

“I’m going to start by keeping the promises I made to the American people. There’s a long way to go, these are just executive actions. They are important but we’re going to need legislation for other things we’re going to do,” Biden told reporters.

He also said that former President Trump left him a “very generous letter” despite skipping the inauguration for a Wednesday morning flight to Florida.

“The president wrote a very generous letter. Because it was private, I will — won’t talk about it until I talk to him. But it was generous,” Biden said.

The three orders didn’t include Biden’s vow to hastily repeal a ban on travel that Trump imposed in 2017 on a group of predominately Muslim countries, including Libya, Somalia, Syria and Yemen that do not share security information with the U.S.

Biden’s press secretary Jen Psaki also has indicated Biden will reimpose a COVID-19 travel ban on Brazil, the UK countries in Europe’s Schengen Zone. But that order also was not among the first. Trump’s decision to lift Europe and Brazil travel restrictions would take effect next week.

The mask order is “requiring, as I said all along, where I have authority, mandating masks indoors and social distancing be kept on federal property and interstate commerce, etcetera,” Biden said.

“The second one I’m signing here is the support for underserved communities… we’re going to make sure we have some better equity equality as relates to how we treat people in health care and other things,” he said.

“Third…. is a commitment I made that we’re going to rejoin the Paris Climate Accord as of today.”

Biden added, “some of the executive actions I’m going to be signing today are going to help change the course of the COVID crisis, and we’re going to combat climate change in a way that we haven’t done so far, and advance racial equity in support of our underserved communities. We are going to rebuild our economy as well. And these are just all starting points.”