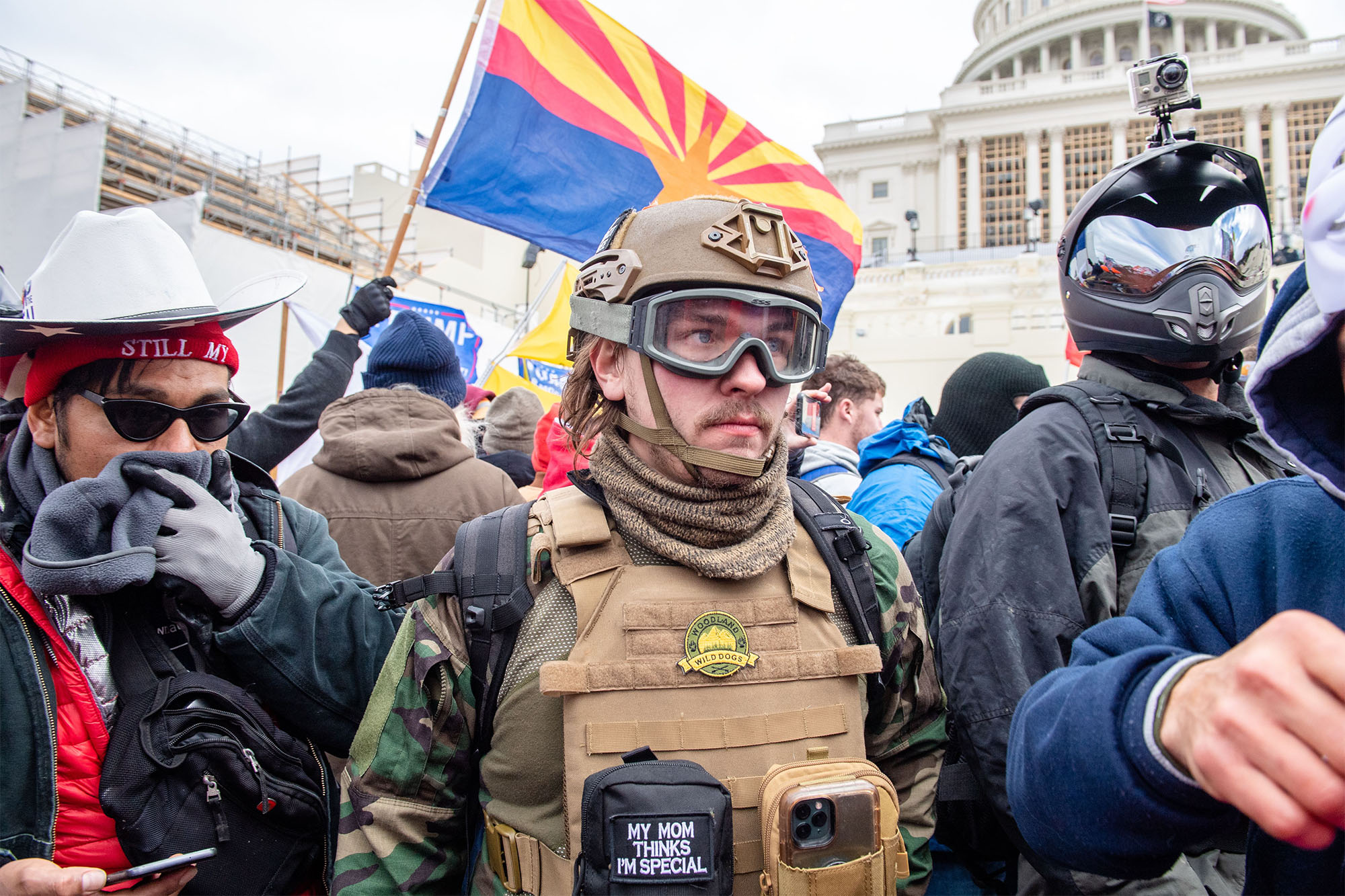 Robert Gieswein allegedly sprayed an unknown substance at Capitol cops trying to hold back the mob that broke into the seat of American democracy on Jan. 6, according to a warrant for his arrest filed Friday.

Feds say Gieswein, of Woodland Park, appears to be affiliated with the anti-government militia movement the Three Percenter and runs a private paramilitary training group called the Woodland Wild Dogs.

During the riot, Gieswein wore “distinctive paramilitary gear,” including a camouflage shirt, an Army-style helmet and goggles — as well as a vest with “Woodland Wild Dog” patches on it, the court document states.

Videos and photos reviewed by the FBI allegedly showed Gieswein brandishing a baseball bat and encouraging fellow rioters as they shattered a Capitol window with a piece of wood and a stolen law enforcement shield.

“The rioters, including Gieswein, then climb through the window in the Capitol,” the affidavit states.

“As Gieswein scrambles up into the building, the baseball bat is visible in his hand.”

In an interview with a journalist the day before the riot, Gieswein had said that “corrupt politicians” needed to be jailed, naming several prominent Democrats and alluding to an anti-Semitic conspiracy theory.

He faces charges of assault on a federal officer, destruction of government property, obstruction of an official proceeding, entering a restricted building, disorderly conduct and aiding and abetting.

It was unclear whether Gieswein had been arrested in connection with the charges or whether he had an attorney.