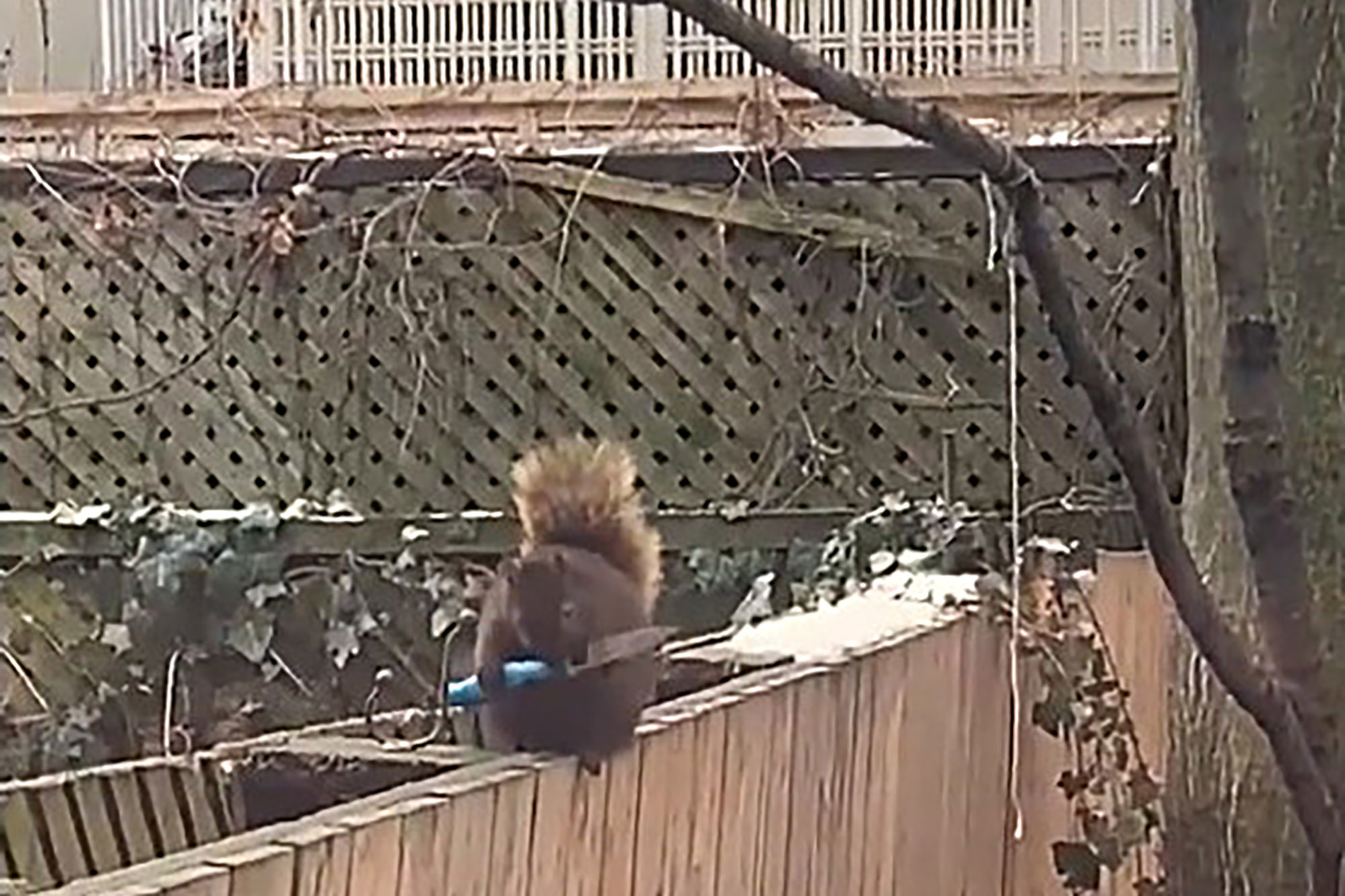 A squirrel was caught holding a knife in a Toronto woman’s backyard this month.

Video posted on Twitter by Andrea Diamond on Jan. 6 showed the bushy-tailed critter sitting on a fence while clutching a blade.

“He was just gnawing on it, happily,” she told the Toronto Sun. “Maybe he was sharpening his teeth on it, I haven’t seen that before.”

Diamond, a strategic advisor, said the furry fiend had gotten a hold of a paring knife she had left outside, near a tent set up for social-distancing purposes.

“We have a lot of squirrels in our backyard,” she told the Sun. “I noticed he had something blue in his mouth and I did a double-take and then I realized it was a knife. I started filming.”

The savage squirrels apparently also got into some hand sanitizer she had left in the backyard.

“They’ve eaten through it and maybe taken some away,” she said. “They’re trying to be COVID conscientious, too, I guess?”