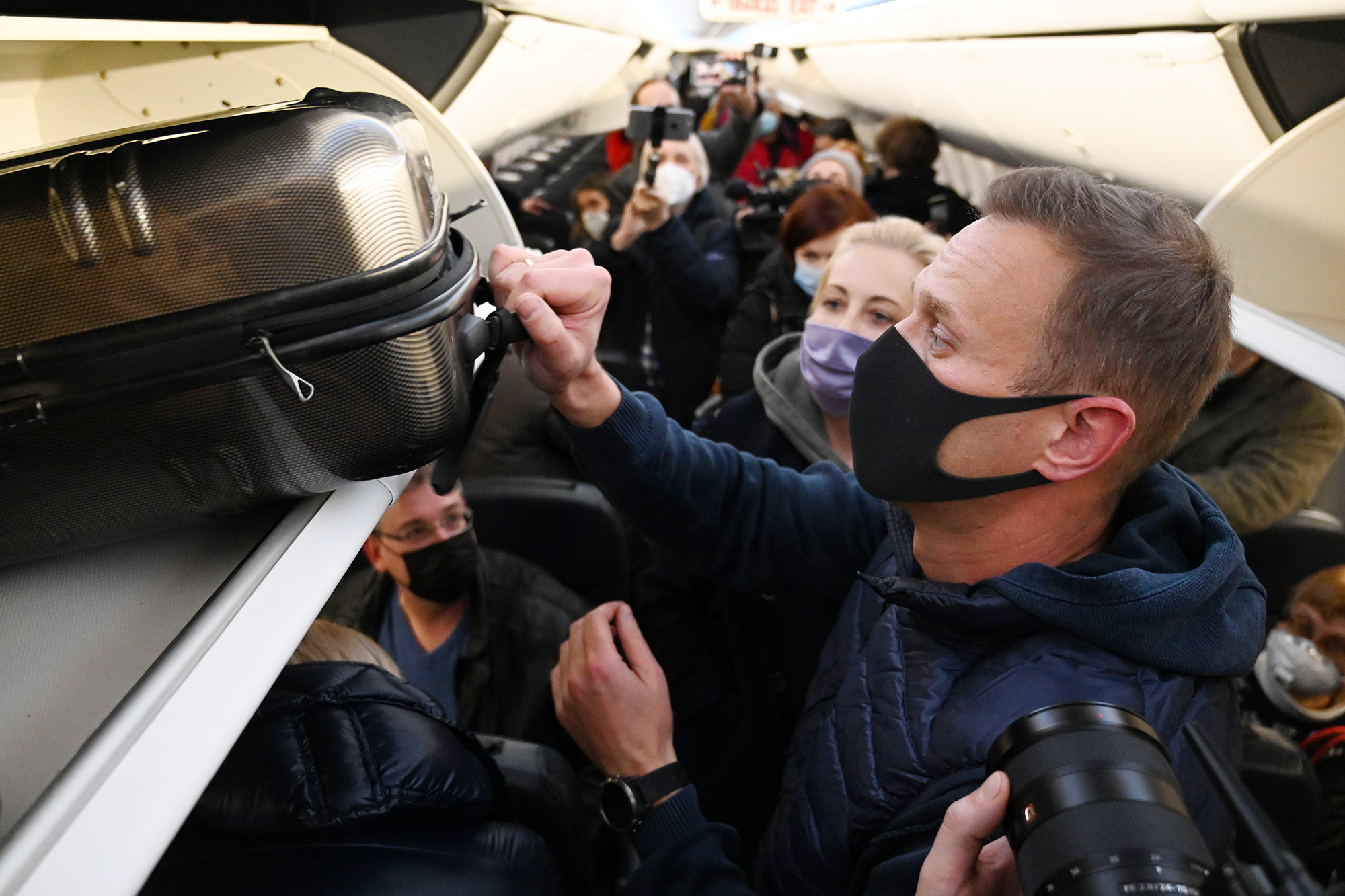 Russian opposition leader Alexei Navalny was detained as he returned to Moscow on Sunday, officials said.

Navalny was stopped by police at passport control after returning from Germany, where he spent five months recovering from two assassination attempts that he blamed on the Kremlin.

The Kremlin has denied using a Soviet-era nerve agent to twice poison Navalny.

After speaking with law enforcement officials for more than two minutes, Navalny is seen going with them peacefully in a clip of the incident tweeted by his lawyer Kira Yarmysh.

The country’s prison service said he was detained for multiple parole violations and terms of a suspended prison sentence.

Russia issued a warrant for the dissident’s arrest last week, saying President Vladimir Putin’s most prominent opponent had violated the terms of a 2014 suspended sentence for embezzlement.

The prison service has asked the court to unsuspend Navalny’s 3 1/2 year sentence and put him behind bars.

On his flight from Berlin on Sunday, Navalny was mobbed by reporters and championed by fellow passengers, one of them who said he has “balls of steel,” video shows.

Before takeoff, he downplayed the possibility of arrest saying, “It’s impossible; I’m an innocent man.”

The OVD-Info group, which tracks political arrests, said at least 37 people were taken into custody at Navalny’s scheduled destination.

Supporters and journalists had gathered at Moscow’s Vnukovo Airport to welcome Navalny, but his plane made an unscheduled and unexplained landing at an airport 25 miles away.

Journalists were banned from working in Vnukovo Airport, under the guise of coronavirus pandemic restrictions, and access to the international arrivals area was blocked.

Navalny, a politician and anti-corruption activist, came to prominence by running for office and organizing demonstrations against corruption in Putin’s Russia.